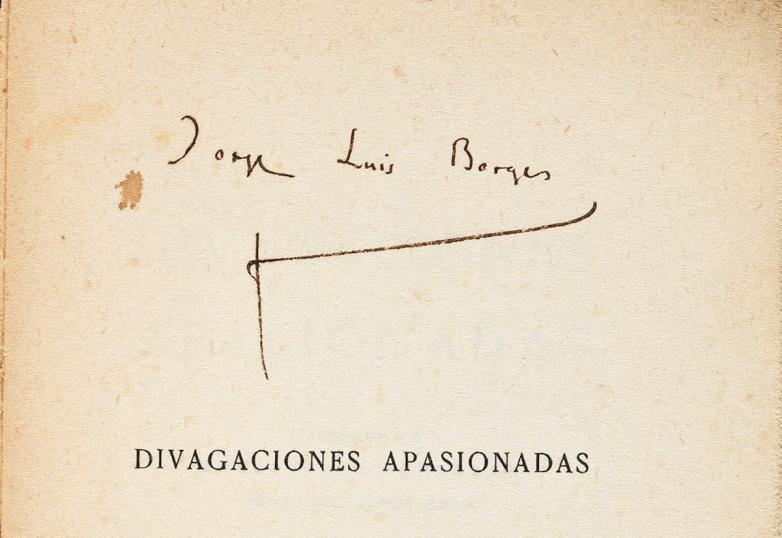 The poet and short story writer Jorge Luis Borges, who so famously imagined “that paradise will be a kind of library,” was also director of the Biblioteca Nacional de la República Argentina. Of course, he kept a small library of his own, too, and four of the volumes once owned by him—with his “characteristic notations”—turned up at auction last week. Swann Galleries sold them as a lot for $10,625, over an estimate of $1,500-2,500. 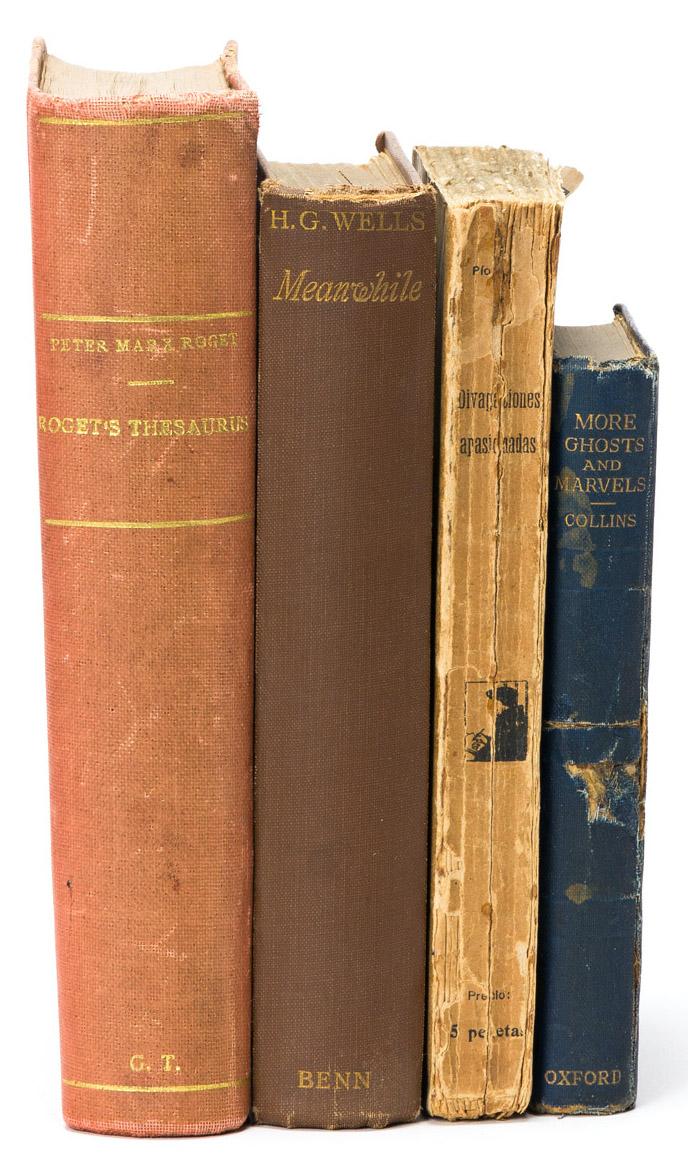 Clearly showing the wear and tear of a serious reader, this stack from his personal library included Pio Baroja’s Divagaciones apasionadas (Madrid, 1925) signed on the half-title; V.H. Collins’ More Ghosts and Marvels (London, 1934), inscribed on the rear endpaper; H.G. Wells’ Meanwhile (London, 1927), inscribed by Borges on the rear endpaper and by Frances Anne "Fanny" Haslam de Borges on the front flyleaf; and Roget’s Thesaurus of English Words and Phrases (London, 1906), with Borges’ notes on a tipped-in blank.

Swann sold four other books from Borges’ private library last year, in two lots. One included Jack Bilbo’s Carrying a Gun for Al Capone and Frederick Watson’s A Century of Gunmen, both later printings and both signed. They sold for $4,000, about ten times the auction estimate. In the second lot, which raised $4,250, were Herbert Asbury’s Gangs of New York (!) and William Boliltho’s Murder for Profit, both dated and signed by Borges.