Signed by an Assassin, Headed to Auction 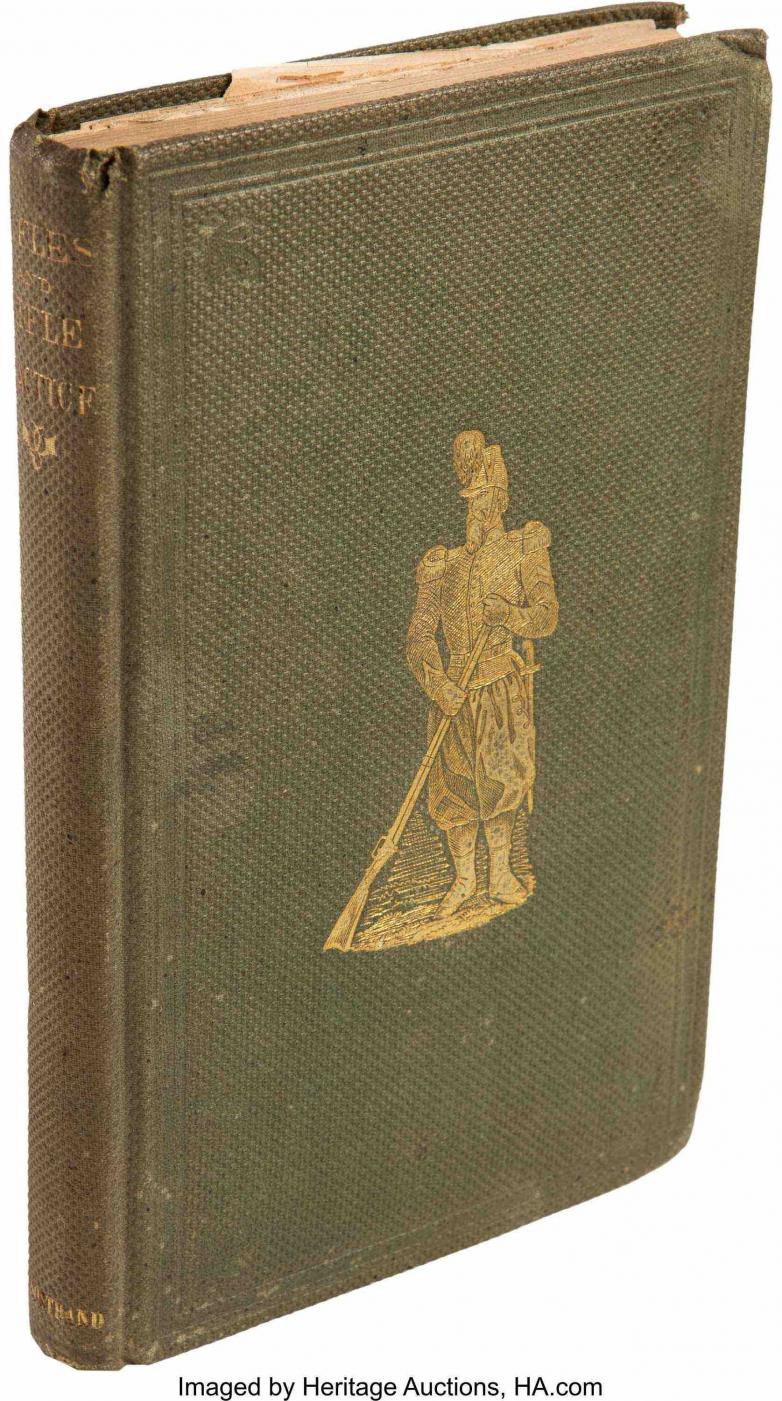 A John Wilkes Booth-signed copy of Rifles and Rifle Practice (1859) is headed to auction on October 23.

Any book signed by presidential assassin John Wilkes Booth would be intriguing, but one titled Rifles and Rifle Practice (1859) is positively spine-chilling. The book, featuring a gilt-stamped image of a solider on the front cover and containing diagrams, illustrations, and charts related to the art of shooting, clearly signals the impeding war. Indeed, Booth’s inscription, “John Wilkes Booth, May 10th 1861,” was penned less than a month after Fort Sumter. 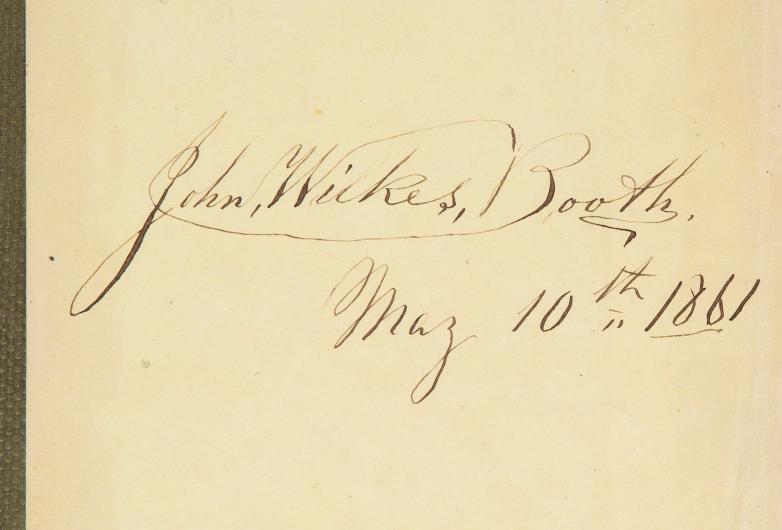 The book was signed by Booth on the inside front cover less than one month after the Civil War began.

“[O]ne could infer that Booth purchased this book as a direct result of the beginning of the Civil War,” according to the Heritage Auctions catalogue. Booth himself was a non-combatant, but he was “pathologically devoted to the Confederate cause and yearned to strike a blow on Dixie's behalf.” He would get the chance just four years later when he shot the president point-blank at Ford’s Theatre in Washington, D.C.

As part of the Bret J. Formichi American Civil War Rarities Collection, the volume heads to auction in Dallas later this month, although pre-bidding has already raised it above $15,000. Two portrait cards, one of Booth alone c. 1860s and one of Booth and his conspirators c. 1865, accompanies the lot.