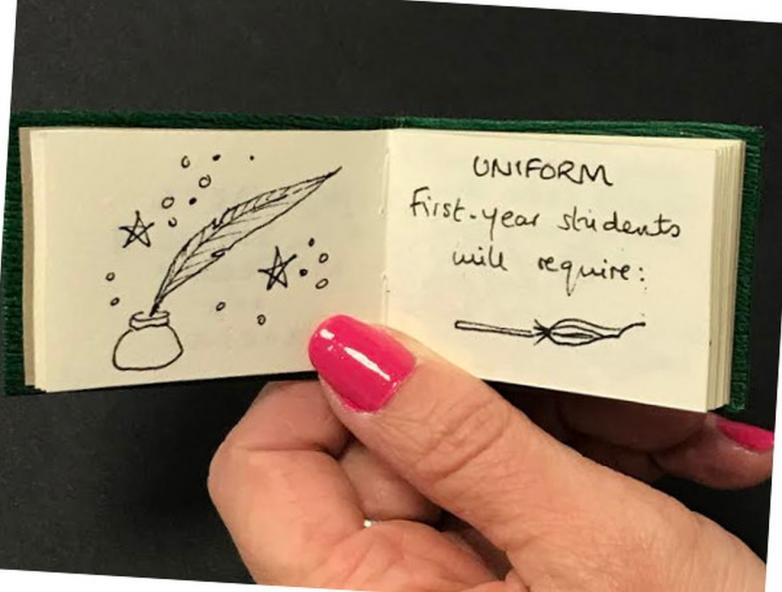 In 2004, author J. K. Rowling made a handwritten, illustrated, and obviously abridged version of her first blockbuster Harry Potter tale. Consisting of 31 pages and measuring just 1.6” by 2.4”, the unique bound manuscript features extracts of the welcome letter Harry receives upon admittance to Hogwarts, as well as the author’s sketches of a wand, a cauldron, and a witch’s hat. Now that tiny tome is headed to auction through the UK-based outfit JustCollecting.

“For rare book collectors and Harry Potter fans, this is the ultimate prize,” commented JustCollecting’s Dan Wade. “Sure, you could own one of the 500 first edition hardbacks of Philosopher’s Stone, you could even hunt down one of the seven handwritten copies of Rowling’s The Tales of Beedle the Bard – but there is only one copy of this book.”

A first edition of Harry Potter and the Philosopher’s Stone, inscribed to the person who pulled it from the slush pile, sold earlier this month for $145,800, while another copy sold for a record-breaking $162,500 last December; even tatty copies of a true first sell for $30,000+. And the last time one of the seven Beedle the Bard books was seen at auction, in 2016, it sold for nearly half a million dollars. So there you have it—Harry Potter can still work his magic. We’ll be watching this one with interest.