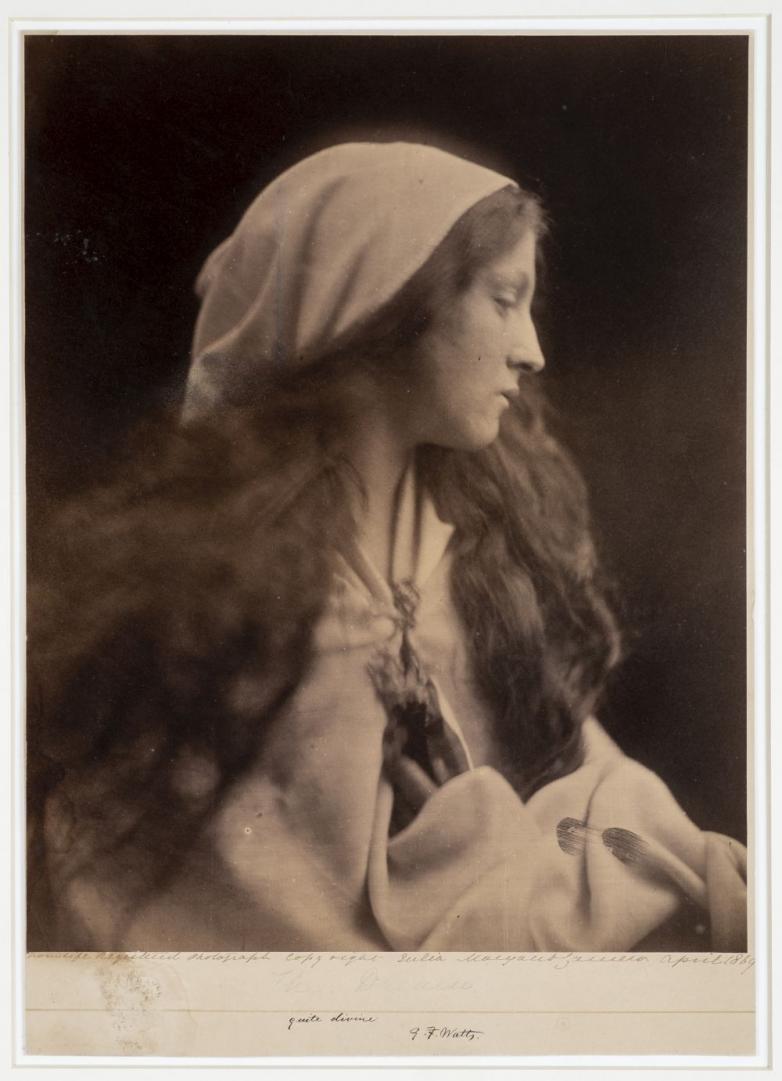 An 1869 print of Julia Margaret Cameron's The Dream, offered at Dominic Winter Auctioneers on Thursday.

Lots of action in the auction rooms this week, with a number of sales focused on photographs:

Yesterday Doyle New York held an online sale of Americana & Hunting Books from the Library of Arnold "Jake" Johnson, in 285 lots. Taking top honors at $1,062 was a manuscript note by F. Gray Griswold to Judge Ernest Windle in which Griswold offers his definition of a sportsman. At $1,000 were John J. Brown's An American Angler (1845) and a presentation copy of John C. Phillips' Frank W. Killam (1935).

Today at Dominic Winter Auctioneers, Printed Books, Maps & Autographs, in 430 lots. A 1599 edition of Linschoten's Navigatio ac itinerarium in orientalem sive Lusitanorum Indiam and a copy of the 1757 reissue of Eilhard Lubben's map of Pomerania are each estimated at £10,000–15,000. Pierre de Tirregaille's 1762 plan of Warsaw and Conway Shipley's 1851 book Sketches in the Pacific could each fetch £7,000–10,000.

At Bonhams New York today, Photographs, in 154 lots. Aguttes in Paris will sell 285 lots of Livres et Manuscrits, including quite a few interesting manuscripts by artists and some nice designer bindings.

Christie's New York holds a Photographs sale today: the 299 lots include a complete set of Edward Sheriff Curtis' The North American Indian, estimated at $600,000–900,000. Last but not least among today's sales, University Archives holds an auction of Autographed Documents, Manuscripts, Books & Photos, in 240 lots. A 1781 George Washington letter rates the top estimate, at $50,000–60,000.

Sotheby's New York sells Classic Photographs tomorrow, in 138 lots, and Forum Auctions will hold another of their online sales of Books and Works on Paper, in 216 lots. A 1777 edition of the Encyclopédie and a 1680 volume documenting the Corpus Christi festival held at Venice are each estimated at £1,500–2,000.