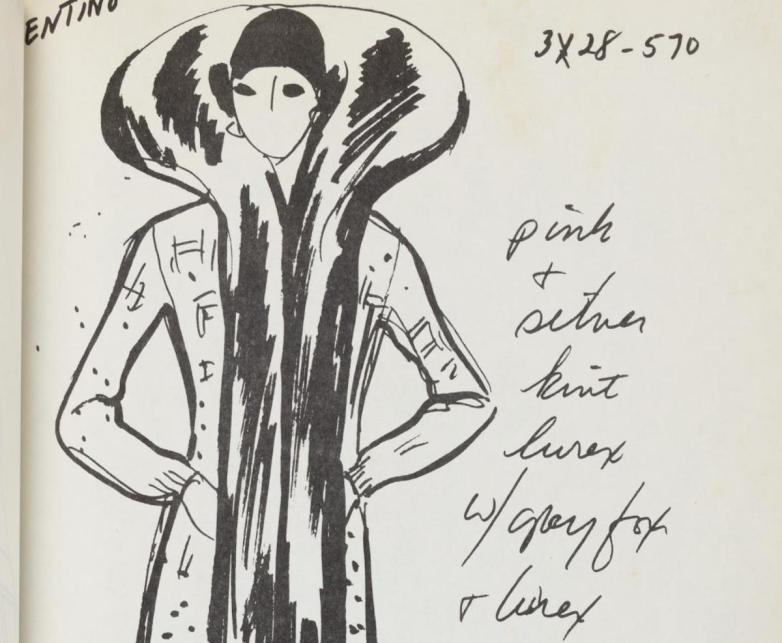 Image from one of the Cardinal Fashion Studio internal trade catalogs offered at PBA Galleries this week.

Hindman Auctions sells 364 lots of American Historical Ephemera & Photography on Tuesday. Among the top-estimated lots are ticker-tape reports from the afternoon of November 22, 1963 documenting the assassination of President Kennedy ($1,000–2,000) and a group of eight panoramic photographs of southern Colorado from about 1910–15 ($1,000–1,500).

On Thursday, March 10 at Forum Auctions, 254 lots of Books and Works on Paper. A presentation copy of Denis Lyell's Nyasaland for the Hunter and Settler (1912) inscribed to photography collector George Garden is estimated at £600–800. The same estimate has been assigned to an incomplete copy of the Lyons 1529 edition of Virgil's Opera. John Hooper's An ouersight, and deliberacion vpon the holy prophete Ionas (London, 1550) and Aphra Behn's Histories, novels, and translations (1700) are each estimated at £400–600.

At PBA Galleries on Thursday, Decorative and Graphic Arts with Illustrated & Antiquarian Books, Fine Press & Fine Bindings in 398 lots. Twenty-one volumes of internal fashion trade catalogs from New York's Cardinal Fashion Studio for the period 1961 to 1974 are expected to sell for $7,000–10,000, and a first edition of Gibbon's Decline and Fall of the Roman Empire (1776–88) is estimated at $6,000–9,000.