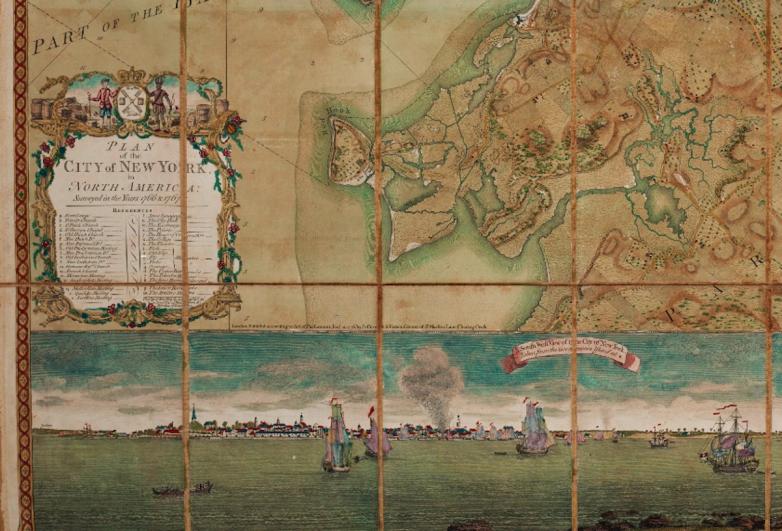 Bonhams will auction books from the collection of the late Supreme Court Justice Ruth Bader Ginsburg, beginning Wednesday online. More on that here.

There are some lots of relevance to us in the Christie's New York Important Americana sale this week on Thursday and Friday. They include a pair of Amos Doolittle's 1775 engravings, A View of the Town of Concord and A View of the South Part of Lexington from the collection of J. William Middendorf II, which could sell for $700,000–900,000. A rare copy of Bernard Ratzer's map of New York City, published in London in 1776, with contemporary coloring, is estimated at $300,000–500,000.

And to round out the week, the 438-lot sale of Important Numismatic Books at Kolbe & Fanning ends on Saturday, January 22. A complete 29-volume set of the Catalogue of the Greek Coins in the British Museum (1873–1927) is estimated at $6,000, and a large folio volume of Medaillons Antiques et Françaises du Cabinet du Roy is expected to sell for about $5,000.