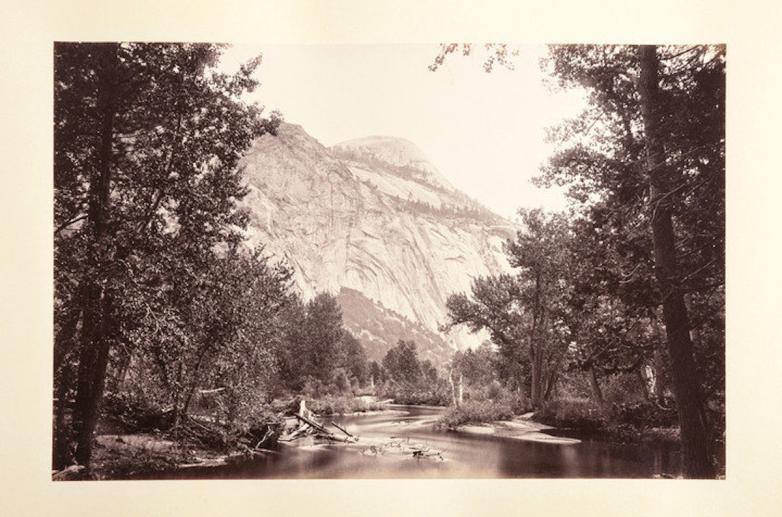 Another jam-packed week coming up in the salerooms:

Hindman Auctions holds two sales on Monday, November 15: The Henry Fitz Jr. Archive of Photographic History and American Historical Ephemera & Photography. The first includes 18 lots, among which is one large lot comprising 23 early daguerreotypes and several other photographs and paintings (estimated at $150,000–300,000). The daguerreotypes are dated to the period between January 1840 and the fall of 1842, when Fitz was experimenting with this photographic process. Another large cache of Fitz's early photographs were donated to the Smithsonian in the 1930s.

The second Hindman sale includes 318 lots, among them the most complete copy of Carleton Watkins' 1863 album Yo-Semite Valley ever sold at auction ($30,000–50,000). An album of photographs of Native Americans by David Francis Barry could sell for $15,000–25,000. The same estimate is assigned to a collection of the papers of journalist Tracy A. Wood, who was UPI's Saigon correspondent from 1972 to 1974, and to a Civil War coat and other items belonging to Levi L. Gilpin of the 51st Ohio Volunteer Infantry.

Bellmans sells The Lewis Gilbert Film Script and Production Archive on Tuesday, November 16. Much of interest here to the James Bond collector.

Forum Auctions sells Books and Works on Paper on Thursday, November 18, in 233 lots.

Sotheby's New York sells one of just thirteen known surviving copies of the first printed edition of The Constitution of the United States on Thursday evening. This copy was purchased by S. Howard Goldman from Sotheby's in 1988, and is being sold now to support the activities of the foundation established by his widow Dorothy Tapper Goldman. It is estimated at $15–20 million.

On Saturday, November 20, Artcurial holds an auction titled The World of Hergé at Artcurial on 20 November, in 124 lots.