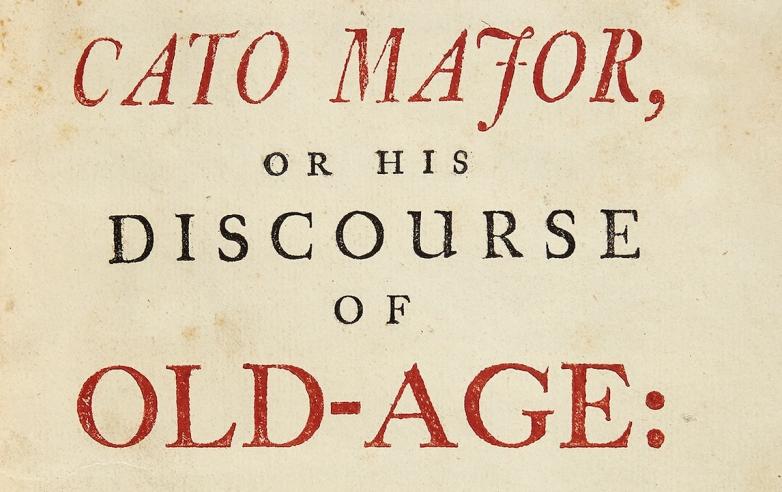 Cicero's Cato Major, translated by James Logan and printed by Benjamin Franklin in 1744, offered at Freeman's this week.

Here are the sales I’ll be watching this week:

At Dominic Winter Auctioneers on Wednesday, May 19, 19th & 20th Century Photography, Cameras and Accessories, in 242 lots. John Ware Edgar’s Report on a Visit to Sikhim and the Thibetan Frontier (1874), just one copy of which has previously been reported at auction, rates the top estimate at £2,000–3,000. A William Henry Fox Talbot photograph of the Round Tower at Windsor Castle (1844) is estimated at £1,000–1,500.

Forum Auctions sells Books and Works on Paper on Wednesday, in 295 lots. The scarce photobook by Josef Koudelka, Diskutujeme o morálce dneska (Prague, 1965) could sell for £800–1,200, and a copy of the Hugh Thomson Pride and Prejudice with its distinctive peacock cover design is estimated at £750–1,000. A second issue copy of Percy Shelley’s Prometheus Unbound (1820) could fetch £600–800. The original artwork for a National Book League poster for Graham Greene’s The Third Man is estimated at £400–600.

Manuscripts will be on the block at Heritage Auctions on Wednesday, and a lot of them, too, with 747 lots available. An 1864 autograph letter by Abraham Lincoln to the Secretary of War had been bid up to $30,000 by Sunday afternoon. Also up for grabs are a long 1955 letter from Harry S. Truman to Dean Acheson about the state of the American press; an extensive collection of manuscript medical and business records from the interconnected Betteys and Tucker families of Chelmsford, Massachusetts; and a copy of The French Legal System (1958) heavily annotated by Ruth Bader Ginsburg during her Columbia Law School days. 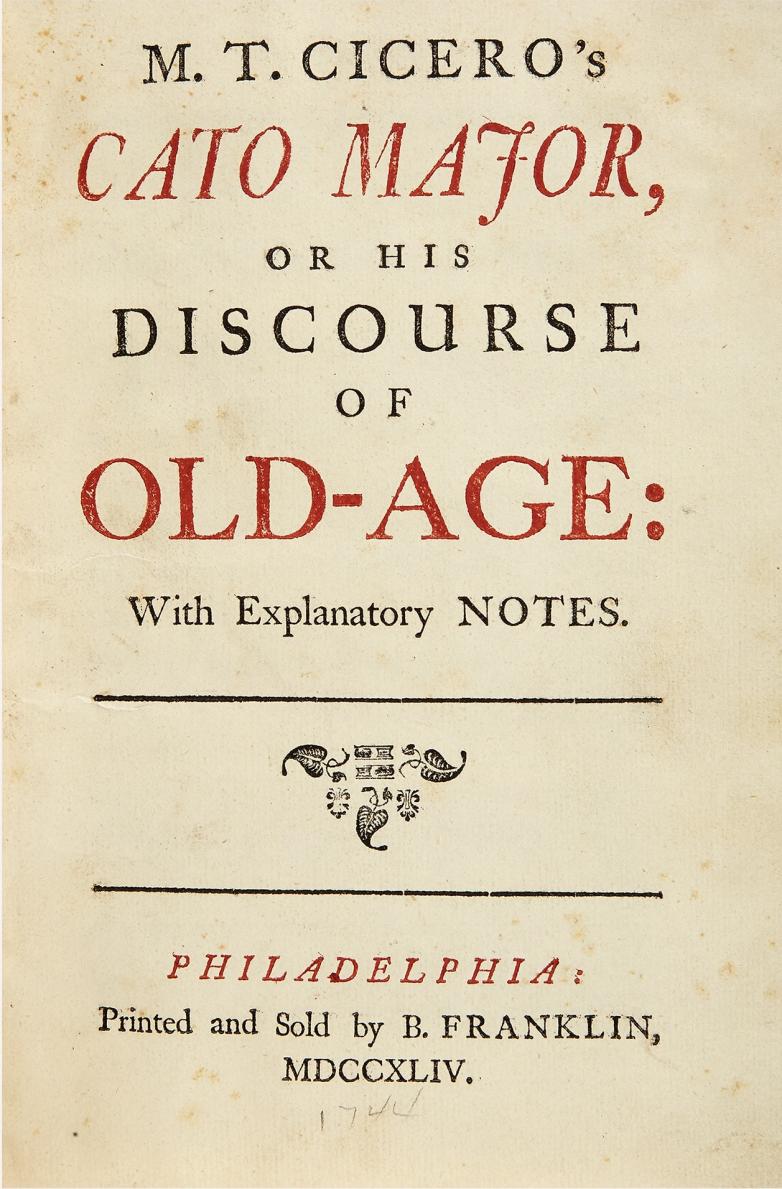 On Thursday, May 20, Books and Manuscripts at Freeman's, in 132 lots. A draft typescript letter from JFK to Winston Churchill, with Kennedy’s annotations, rates the top estimate at $35,000–50,000. John Gould’s Monograph of the Ramphastidae, or Family of Toucans, the second edition (1852–1854) is estimated at $20,000–30,000, as is Audubon’s Canada Goose from the Double Elephant Folio Birds, and a set of the first octavo edition of Birds (1840–1844), deaccessioned from the Valentine Museum in Richmond, Virginia. For the lithography fan, a copy of Alois Senefelder’s 1818 history and manual, Vollstandiges Lehrbuch der Steindruckerey, is estimated at $6,000–9,000. One of your blogger’s favorite pieces of American printing, a copy of the second issue of the 1744 Cato Major translated by James Logan and printed by Benjamin Franklin, is estimated at $5,000–8,000.

Also on Thursday, The Einstein Archives of Ludwik Silberstein at RR Auctions, in 48 lots. An October 1946 letter from Einstein to Silberstein in which Einstein writes his famed equation E = mc2 in the first line is expected to fetch more than $400,000. Silberstein, it should be noted, was a Polish-American physicist who wrote textbooks on relativity and debated with Einstein over the theory. Several other Einstein letters are included in this sale, but there are also letters by Max Planck, Bertrand Russell, and others.

Rounding out Thursday’s sales, Rare Pulps and Collectibles at Heritage Auctions, with 586 lots on offer. The April 1931 first issue of The Shadow, the first “hero pulp,” had been bid up to $57,500 by Sunday. There are many examples of such pulp series as Weird Tales and Doc Savage; the catalog makes for a very vibrant browse!