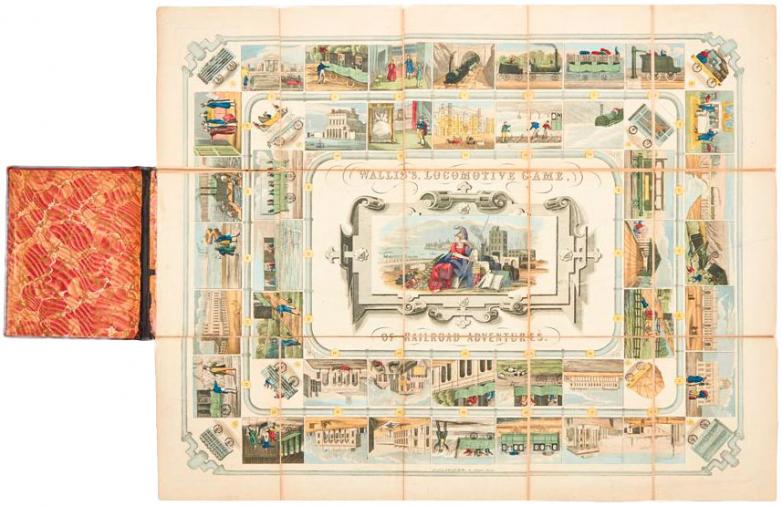 A copy of Wallis' Locomotive Game of Railroad Adventures (c.1840s), a fifteen-panel folding game in a striped cloth binding, goes to auction at Freeman's this week. Estimate: $1,000–1,500

Dominic Winter Auctioneers sells Printed Books & Documents, Maps, Decorative Prints & Watercolours, Military & Aviation History on Wednesday, February 17, in 424 lots. The lots here are mostly in the mid-three-figure range (£, that is), with a number of large shelf lots being sold together.

On Thursday, February 18, Forum Auctions holds a Modern Literature, Private Press & Illustrated Books sale. The 306 lots include some volumes from the collection of the late bookbinder and botanical illustrator Faith Shannon, MBE. Expected to lead the sale is a rare inscribed copy of Carl Theodore Dreyer's screenplay Jesus of Nazareth, for a film which was never made (£1,500–2,000). A set of first editions of the Lord of the Rings novels could fetch £1,000–1,500, while a first edition of Ward Greene's Lady and the Tramp, signed by Walt Disney on the title page, is estimated at £800–1,200. Among the Shannon books is a copy of English Bindings 1490–1940 in the Library of J.R. Abbey (1940), one of 180 copies signed by G.D. Hobson and Major Abbey (£700–900). 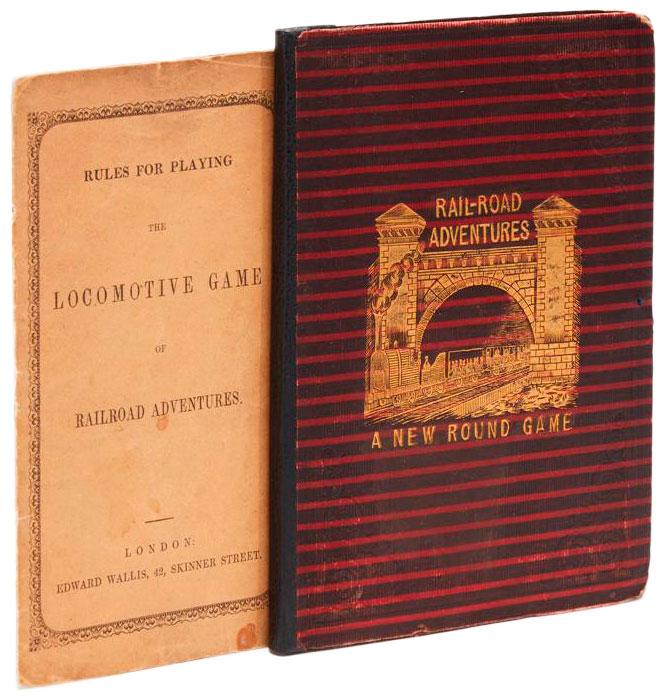 Also on Thursday, 348 lots of Vintage Posters at Swann Galleries. Manuel Orazi's La Maison Moderne (1900) rates the top estimate, at $40,000–60,000. Toulouse-Lautrec's third poster for performer Aristide Bruant could sell for $15,000–20,000; at the same estimate is an Alphonse Mucha poster for an 1899 performance of Hamlet starring Sarah Bernhardt in the title role.

And rounding out the week, PBA Platinum – Rare Books & Manuscripts at PBA Galleries on Thursday afternoon, in 111 lots. A June 21, 1897 Sun Yat-sen letter about his kidnapping the previous year, accompanied by a copy of his book Kidnapped in London, rates the top estimate at $80,000–120,000. George Moutard Woodward's Elements of Bacchus (1792) could sell for $30,000–50,000, as could Heartsill's Fourteen Hundred and 91 Days in the Confederate Army, with 61 original albumen photographs. This is one of 100 copies printed one page at a time on an "Octavo Novelty Press." Estimated at $20,000–30,000 are a copy of the 1693 London edition of Cotton Mather's Wonders of the Invisible World and a rare copy of the first English edition of Machiavelli's The Prince, translated by Edward Dacres and published in 1640.