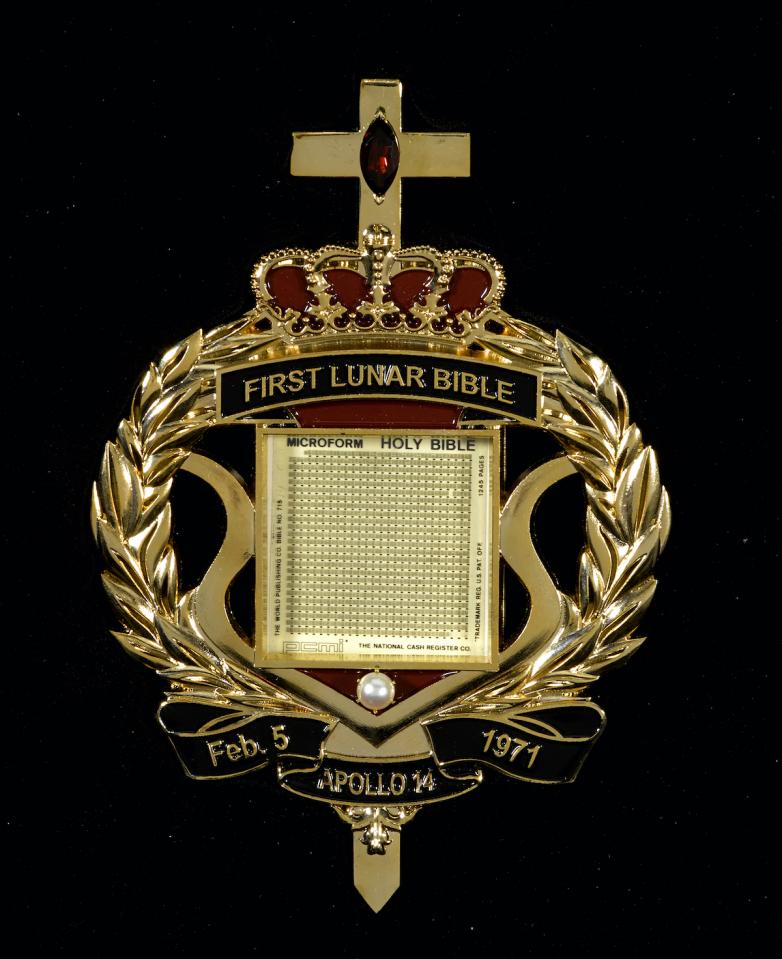 The Lunar Bible, a microtext copy of the Bible carried to the moon by astronaut Edgar Mitchell on Apollo 14 in 1971, offered at Bonhams Los Angeles on Thursday.

A busy week coming up in the auction rooms:

At Tajan in Paris, Books and Manuscripts on Tuesday, November 3, in 176 lots. Expected to lead the sale is a copy of the 1948 Albert Skira edition of Ronsard's poems with 128 illustrations by Matisse (€8,000–12,000). A collection of twenty-two volumes of the works of Buffon, Lacépède, and Cuvier, printed on yellow paper and accompanied by 47 original artworks is estimated at €6,000–8,000.

On Thursday, November 5, Forum Auctions sells Books and Works on Paper, in 287 lots. At the top estimate of £1,000–1,500 are the six volumes of Moreau de Saint-Méry's Loix et constitutions des colonies françoises de l'Amérique sous le Vent and a bit of a franken-copy of the 1634 London edition of Harington's translation of Orlando Furioso. John Davis' The Post-Captain (1806), described as the first English "naval novel," could sell for £800–1,200.

Also on Thursday afternoon, PBA Galleries sells 408 lots of Americana – Travel, Exploration, Space – World History – Cartography. A large Carleton Watkins albumen photograph of San Francisco's Cliff House (early 1870s) rates the top estimate, at $15,000–25,000. A copy of the first octavo edition of Vancouver's Voyage of Discovery to the North Pacific Ocean, and Round the World (London, 1801) is estimated at $4,000–7,000.