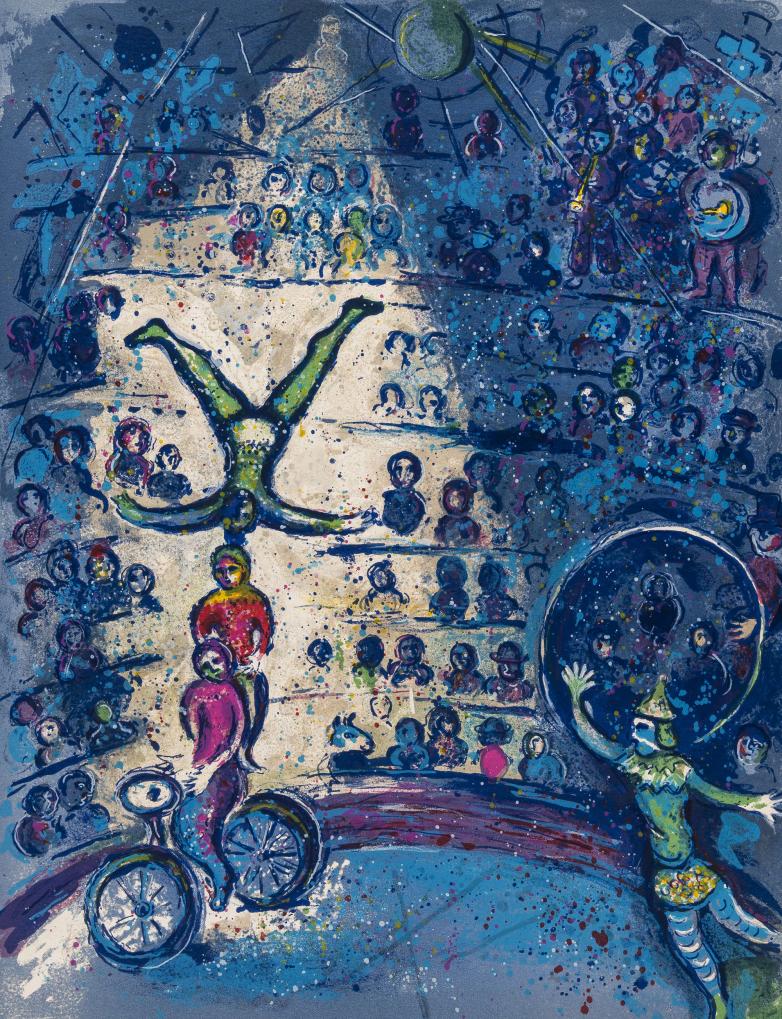 Here's what's coming up this week:

Also on Tuesday, 134 lots of Books and Manuscripts at Il Ponte in Milan. Estimates are mostly in the three-figure range, but a copy of the 1494 Lascaris Anthologia Graeca Planudea is estimated at €10,000–15,000.

Rounding out Thursday's sales, Americana – Travel & Exploration – World History – Cartography at PBA Galleries. The 437 lots include Matthieu Bonafous' Histoire Naturelle, Agricole et Économique du Maïs (1836), called "the most sumptuous monograph of the nineteenth century about corn," with engravings after Redouté and others ($5,000–8,000). At the same estimate is a broken run of the California State Mining Bureau's Summary of Operations from 1919 to 1936.

Finally for the week, Forum Auctions sells Fine Books, Manuscripts and Works on Paper on Friday, September 25. The 234 lots include Marc Chagall's Cirque (1967), estimated at £100,000–150,000, and a c.1928 illuminated manuscript of Poe's Annabel Lee and Other Poems, in a jewelled binding by Alberto Sangorski (£50,000–70,000). The issue of the Journal of the Proceedings of the Linnean Society containing Darwin and Wallace's first printed exposition of natural selection could fetch £12,000–18,000.