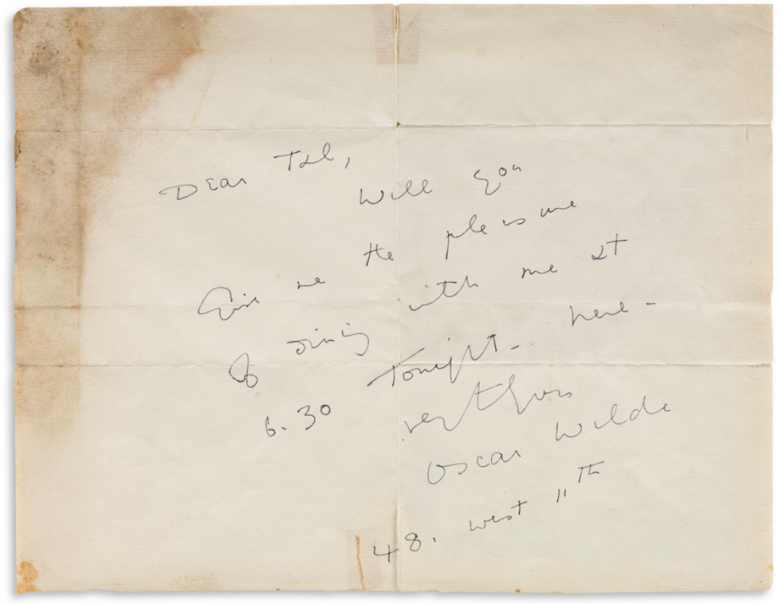 Before we get to the upcoming sales, some notes from last week:

At the Sotheby's Books and Manuscripts: A Summer Miscellany sale, the revised final working typescript of Truman Capote's Breakfast at Tiffany's, used as the setting copy, sold for £378,000, over estimates of £120,000–180,000. But it was an 1829 letter from Mary Anning to William Buckland which vastly exceeded expectations, selling for £100,800 over estimates just just £8,000–12,000! This is believed to be the first Mary Anning letter ever offered at auction.

A quiet week coming up in the salerooms, but with a trio of sales to keep an eye on, all happening Thursday, July 13:

Forum Auctions will sell Books and Works on Paper, in 258 lots. An 1854 Teesdale New General Atlas of the World rates the top estimate, at £1,000–1,500. A three-volume set of William Dampier's Voyages, mounted and heavily marked up in preparation for a new edition in the early nineteenth century, is estimated at £600-800. An album from around 1927 containing fifty pochoir-colored woodcut Sensu fan designs could also fetch £600–800. Papers and various materials from the children's book author Patricia Rubinstein (1915–2003) are estimated at £300–400.

Finally, at PBA Galleries, a sale of Publications of the Limited Editions Club, in 368 lots, most being sold without reserve. A huge range of LEC titles, so do have a browse if you're keen on them!