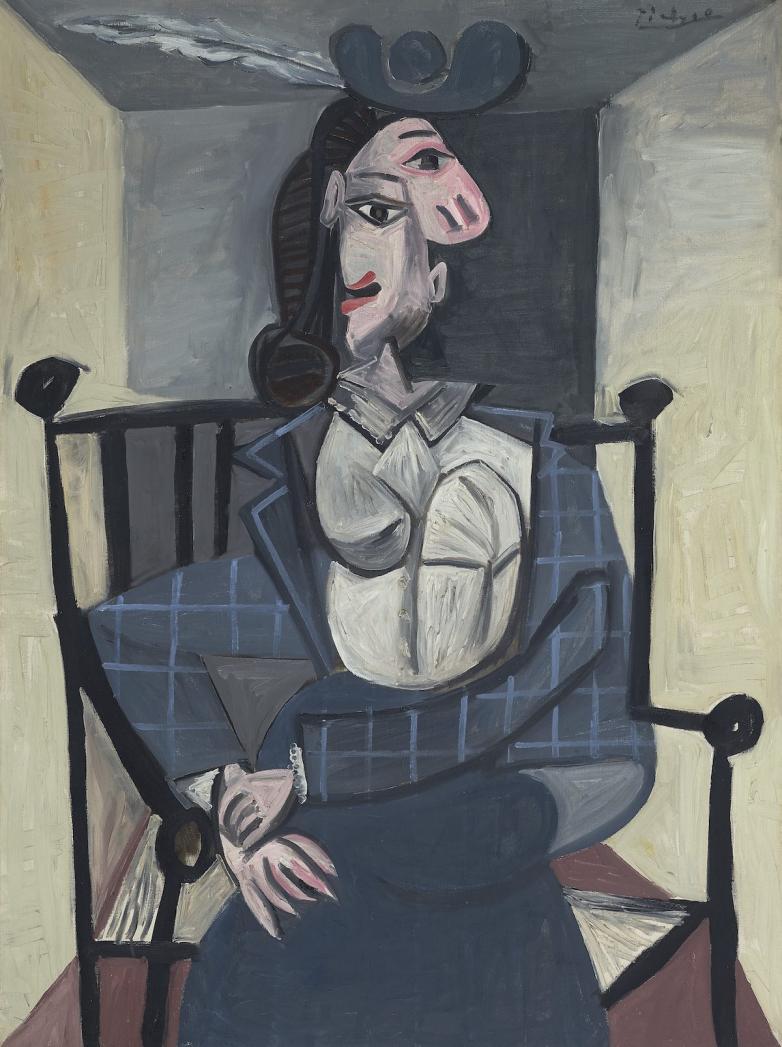 At auction on Tuesday night, Femme dans un fauteuil, a painting by Pablo Picasso of his muse, fellow artist, and photographer Dora Maar, sold for just under $30 million. Maar, who appears on the cover of our current issue, had long been cast in the shadow of Picasso’s immense celebrity, but has regained some of the spotlight in recent years, thanks to exhibitions and books about her life that focus on her creative output.

Painted in June of 1941, during the Nazi occupation of Paris, this image is quite distinct from and more austere than Picasso’s earlier work that also famously utilized the figure of Maar, his Weeping Woman. It is also one of a series completed in a burst of inspiration in 1941, all depicting Maar. Picasso eventually tired of her, though, and they broke up in 1945, the same year he exhibited Femme dans un fauteuil in a landmark London exhibition. Maar continued to make art, but led an increasingly solitary life and died virtually forgotten in 1997.

According to Christie’s, “Picasso’s images of Dora are among the greatest of his wartime work; the cataclysmic events of this epoch and the artist’s personal reaction to them etched onto the visage of his companion.”

In 2006, Picasso’s Dora Maar au Chat—another of Picasso’s ‘armchair’ paintings made in 1941—reached $95.2 million, the second-highest price ever paid for a painting at auction at the time.