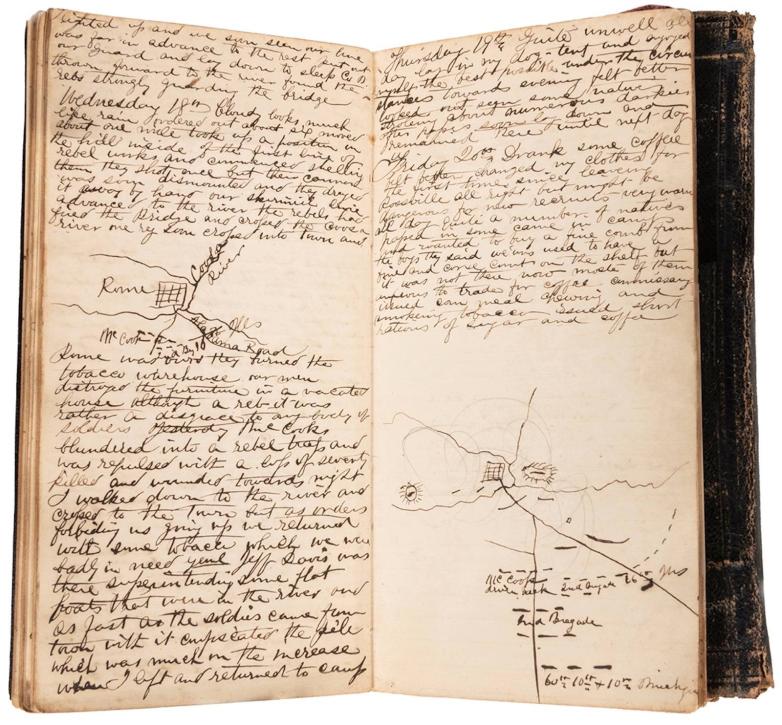 Chicago - Potter & Potter Auctions is pleased to announce this nearly 700 lot sale to be held on Thursday, November 17, 2022 starting at 10am CDT. This auction will be held online and live streamed, with a limited number of bidders physically allowed in the gallery as determined by current Illinois public health attendance guidelines. Please call the auction house, located at 5001 W. Belmont Avenue in Chicago, at 773-472-1442 to reserve seats. Bidding will take place through Potter & Potter's website, at www.potterauctions.com. Phone and absentee bids are also welcome. All items are available for in-person preview, by appointment only.

Items with ties to the worldwide women's suffrage movement rise to the top of this late fall sale.
•    Lot #465, a British hunger strike medal, is estimated at $10,000-15,000. It was made in London by Toye & Co. in 1914. This 1" diameter silver medal with suspension bars has a green, white, and purple ribbon and is housed in its original presentation case. It is dedicated to suffragette Emma Power. These medals were presented to women who had engaged in hunger strikes during imprisonment by the Women’s Social and Political Union at ceremonies held in their honor following their release. Women would ultimately be granted the right to vote in the UK in 1918.
•    Lot #467, a medal awarded to Boy Scout Fred C. Reed for assistance during the 1913 Woman Suffrage Parade, is estimated at $2,000-4,000.  This original 1-1/2" diameter bronze medal with a bronze suspension bar is detailed with two Boy Scouts on one side and a dedication from the National American Woman Suffrage Association on the other. It reads, “Presented to Fred C. Reed in grateful acknowledgement of duty well-done. Washington, D.C. 3 March 1913.”
•    Lot #466, a Votes for Women sash, is estimated at $1,200-2,000. This c. 1913. tri-colored sash with blue text measures 26 ½ x 4”. Similar sashes can be seen worn by marchers at the Woman Suffrage Parade held March 3rd, 1913, the day before Woodrow Wilson was inaugurated as US President. Purple, gold, and white were originally adopted by the UK’s Women’s Social and Political Union and were then adopted by the suffragette movement’s militant counterparts, the Congressional Union, for the Woman Suffrage Parade. 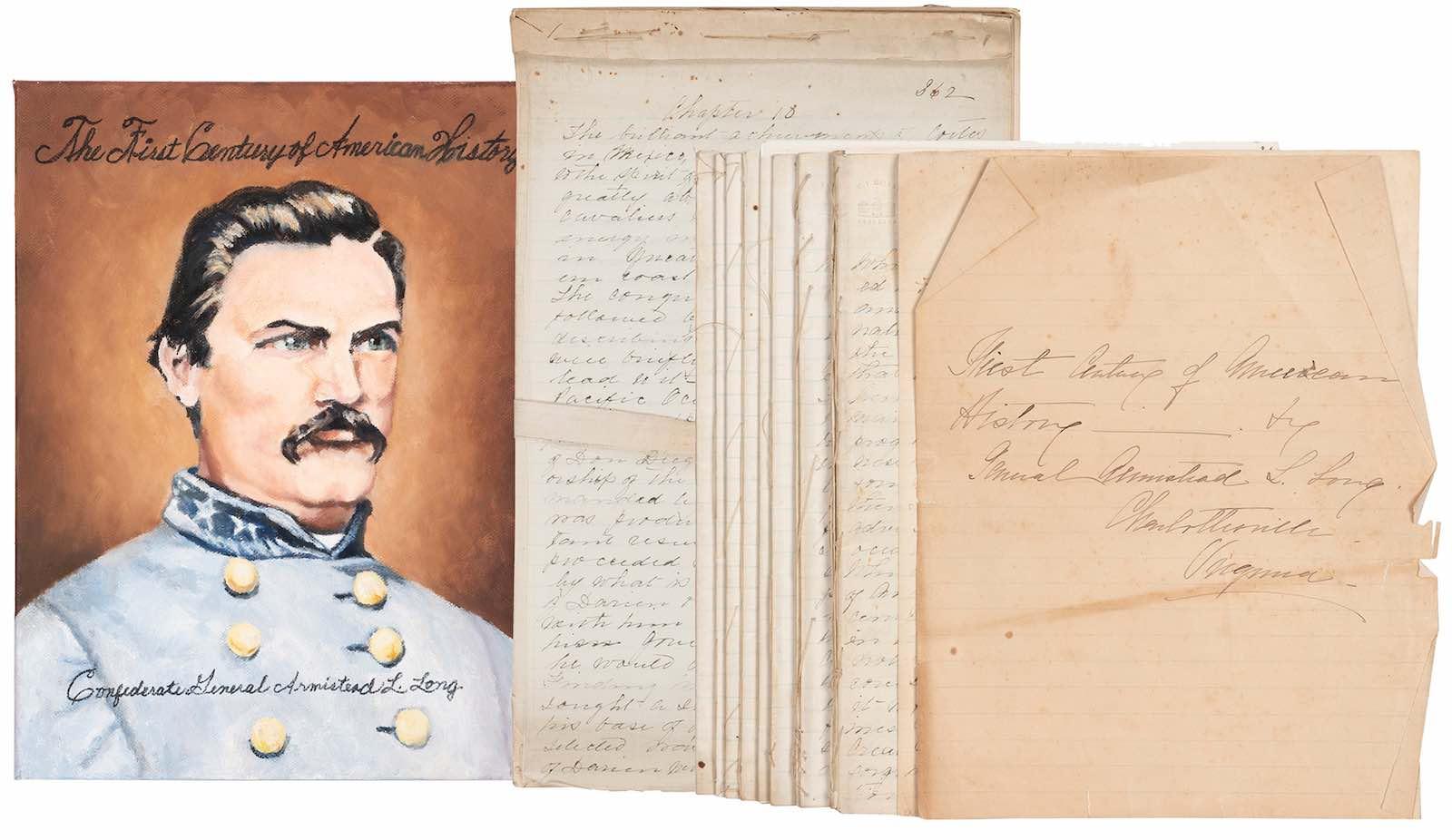 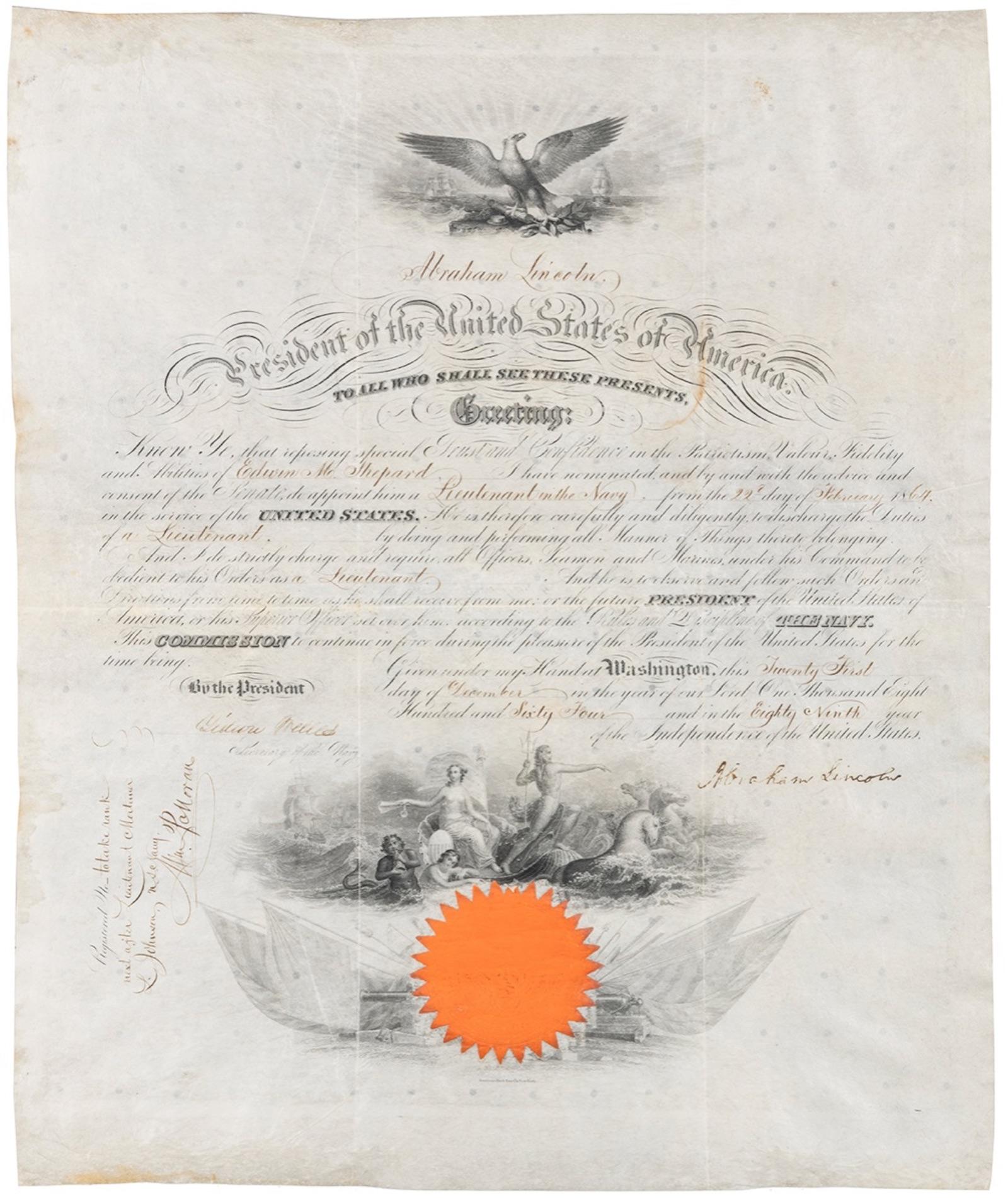 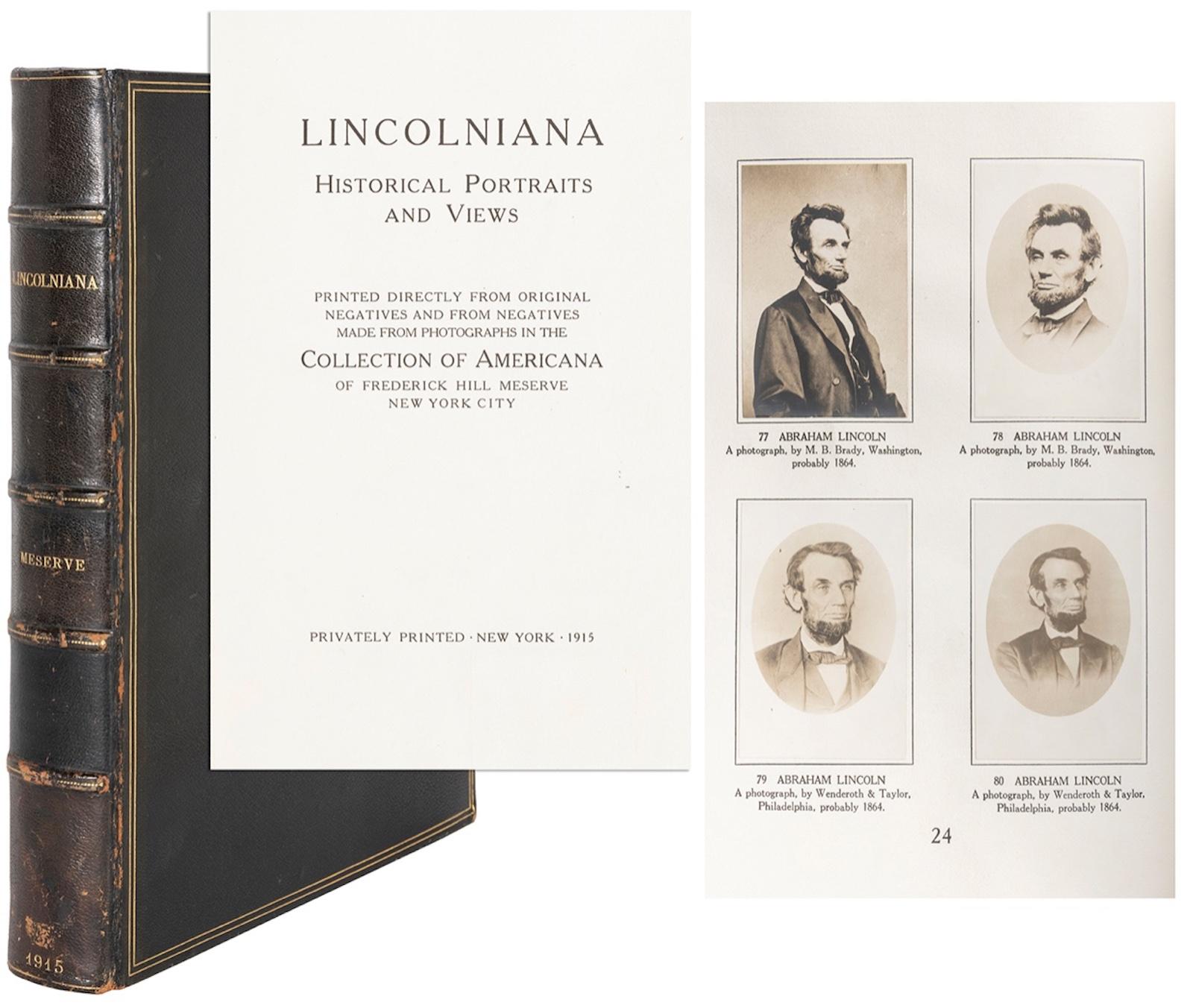 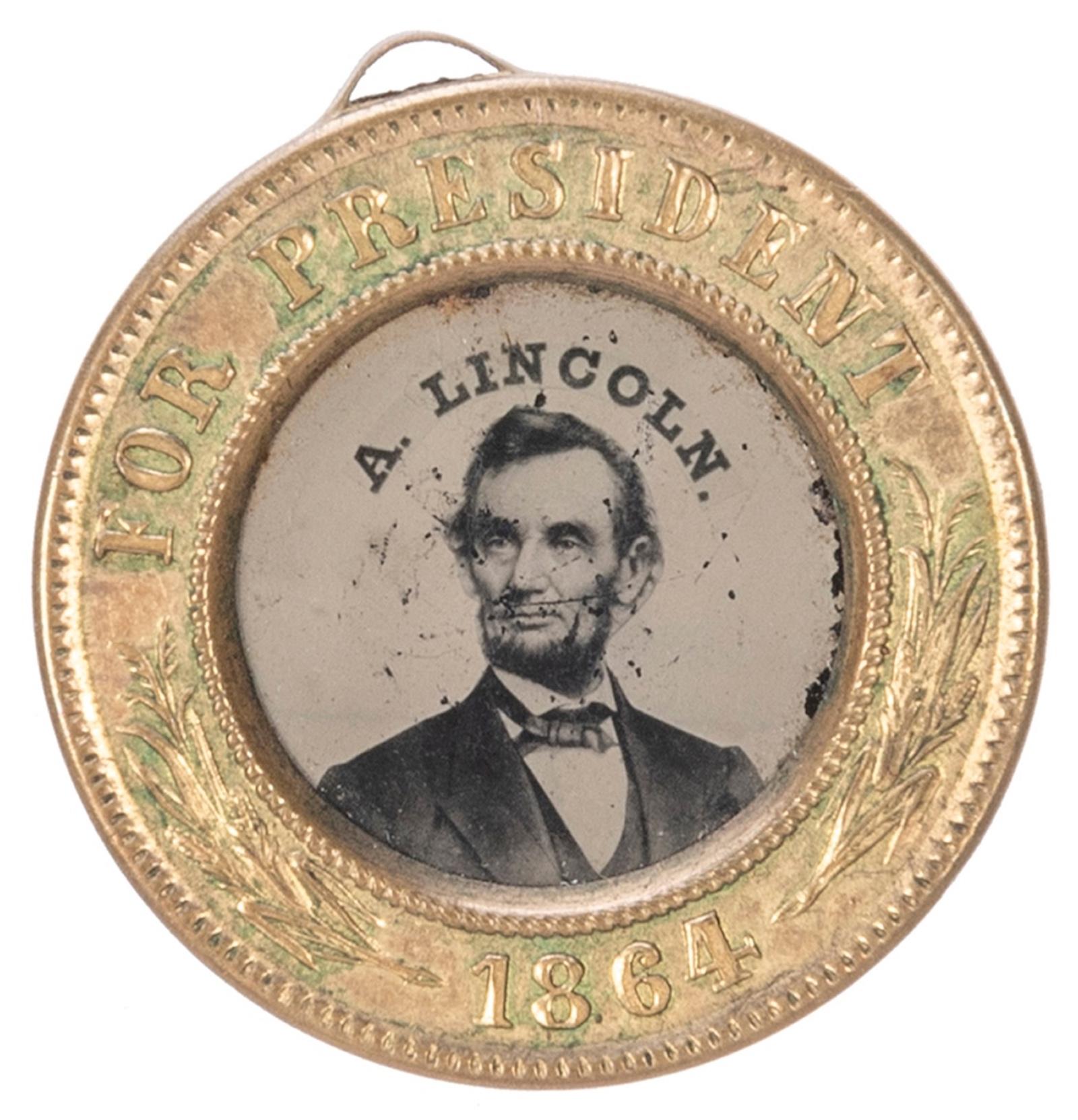 A presidential campaign double-sided ferrotype medal depicting Abraham Lincoln and Andrew Johnson from 1864, is estimated at $2,000-3,000

The handwritten manuscript diary of gold miner John Johnston, is estimated at $8,000-12,000. 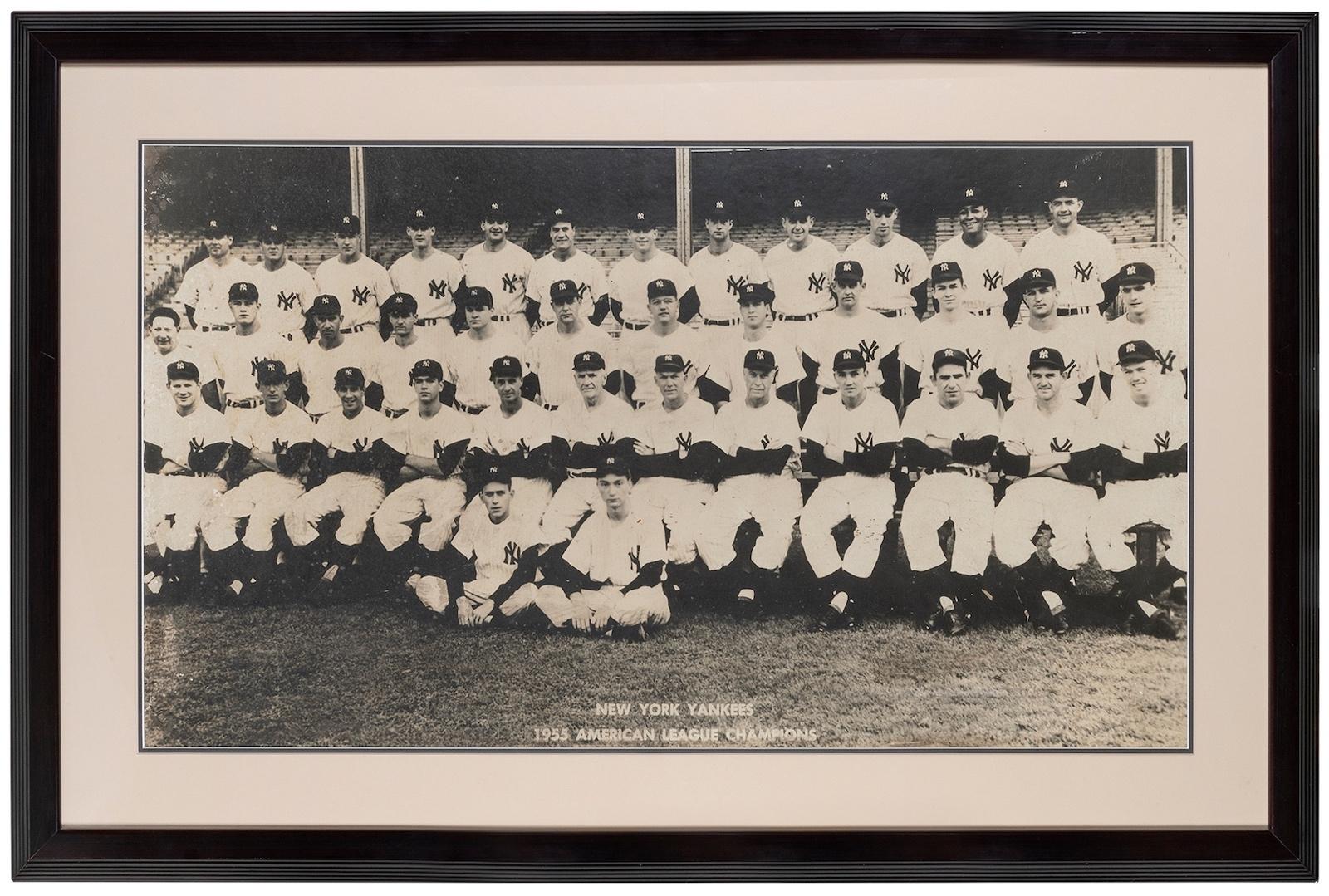 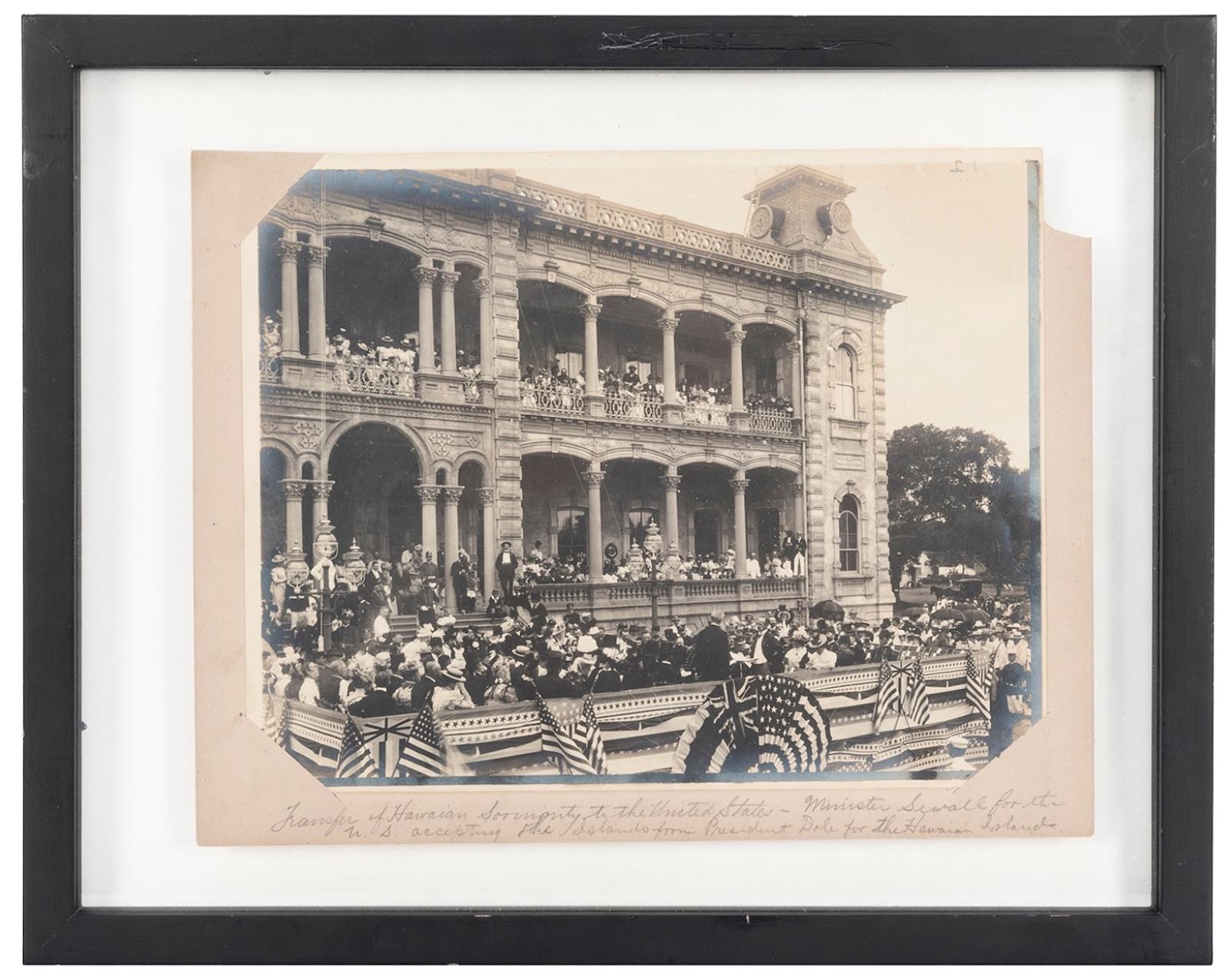 An original gelatin silver image of the transfer of Hawaiian sovereignty to the United States, is estimated at $2,000-3,000 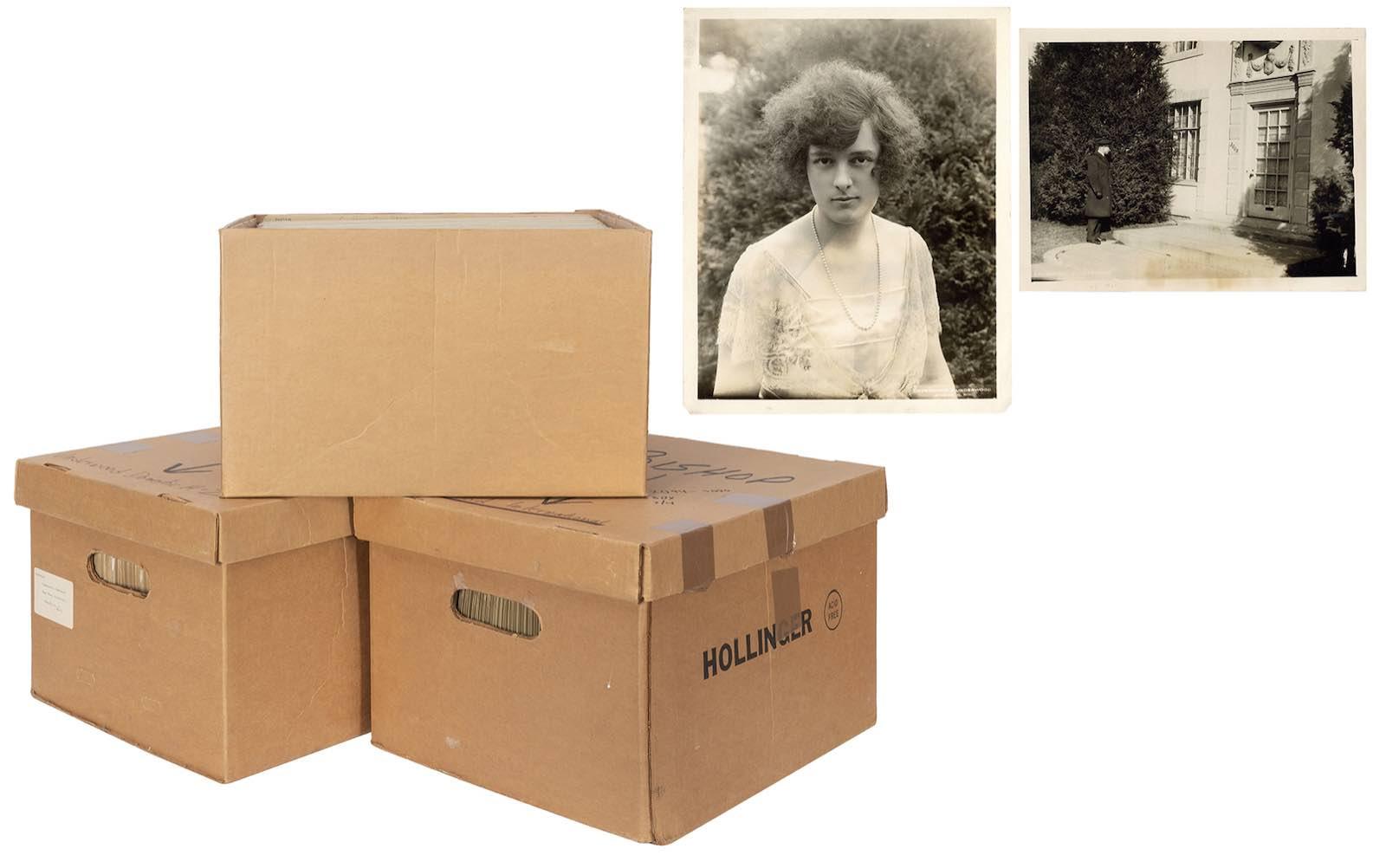 An archive of 2,000+ original black and white photographs taken by the Underwood and Underwood Studio, is estimated at $5,000-10,000

This sale also features a strong selection of materials related to President Abraham Lincoln.
•    Lot #57, a naval document signed by President Abraham Lincoln (1809–1865) and Gideon Welles, Secretary of the Navy, is estimated at $8,000-12,000. This one page vellum document is dated December 21st, 1864 and details the appointment of Edwin M. Shepard (1843–1904) as Lieutenant in the U.S. Navy. Shepard, a decorated sailor for the Union in the Civil War, served on numerous ships including the celebrated ironclad gunboat Essex during the Siege of Port Hudson which lasted for 48 days.
•    Lot #64, a presidential campaign double-sided ferrotype medal depicting Abraham Lincoln and Andrew Johnson from 1864, is estimated at $2,000-3,000. It is believed that this 1" diameter item was mass produced by the Republican Party during the 1864 presidential campaign. The image of Lincoln is a reversed image of a photo taken in February, 1864; this image was later used as the basis of the Lincoln engraving seen on today's $5 bill.
•    Lot #61, Frederick H. Meserve's (1865–1962) Lincolniana: Historical Portraits and Views, is estimated at $4,000-6,000. This first edition was privately printed in New York in 1915 and includes 368 photo prints related to all things Lincoln. This copy was previously sold at Sotheby’s Philip D.L. Sang sale in March, 1985. Meserve was considered the preeminent historian of the photographs of Lincoln and one of America’s premier Lincoln collectors; he began collecting before 1900. His collection is housed in the Library of Congress.

Original manuscripts and diaries are also well represented in this auction.
•    Lot #84, the handwritten manuscript diary of gold miner John Johnston, is estimated at $8,000-12,000. This 114 page record covers the period from January 1st – September 22nd, 1850 and includes descriptions of daily life in the Auburn–region of California including accounts of conflicts with Indigenous peoples, legal disputes, the first Auburn election, daily weather, fights between miners, and other events. Specific mention is made of Johnson’s Ranch, onto which survivors of the ill-fated Donner Party staggered in search of help.
•    Lot #50, Armistead L. Long's (1825-1891) manuscript for First Century of American History, is estimated at $3,000-5,000. This 400 page handwritten document from the 1860s details the first century of European occupation of the North American continent. Long enjoyed a lengthy association with General Robert E. Lee; throughout the Civil War he served as Lee’s secretary and also later saw action at the Bristoe, Mine Run, and Overland Campaigns.
•    Lot #49, the diary of Captain Robert Pattison (1834–1917) of the 16th Illinois Infantry, is estimated at $1,000-1,500. This 112 page manuscript includes numerous hand drawn maps and pages with personal accounting and notations. Pattison was enrolled in the 16th Illinois Volunteers on May 24th, 1861 and honorably discharged on October 9th, 1864. He served as Lieutenant for most of his service until he was appointed Captain on May 18th, 1864.

Collections and archives also feature prominently in this well curated event.
•    Lot #495, an archive of African American and civil rights activist and labor leader Addie Wyatt (1924-2012), is estimated at $5,000-10,000. This collection is housed in six cartons and is comprised of literature, publications, labor agreements, pamphlets, booklets, and letters. These materials document Wyatt’s role in the struggle for civil and labor rights, equal rights and pay, voter registration, sex discrimination, the Chicago Freedom Movement, War on Poverty, and other causes. Reverends Addie and Claude Wyatt, Jr. were fixtures of the American Civil Rights movement through the second half of the 20th century.
•    Lot #378, an archive of 2,000+ original black and white photographs taken by the Underwood and Underwood Studio, is estimated at $5,000-10,000. These are primarily from the 1930s; most have legends describing the subjects on the versos or affixed to the margins of the photos on separate paper. Underwood and Underwood (1881-1940s) was founded by brothers Elmer (1859-1947) and Bert Elias (1862-1943). They began producing stereoviews, then changed their business focus to news photography around 1910.
•    Lot #328, a collection of 400+ original black and white portrait photographs by Emil Otto Hoppe (1878-1972), is estimated at $3,000-6,000. Primarily from the 1920s, these photos are stored in file folders with the subject’s names. This collection mainly features portraits of famous women of the time as well as fashion photography. Subjects  include Malvina Longfellow, Lillian McCarthy, Colleen Moore, Arthur Machen, and many more.

Posters, ephemera, and category spanning rarities bring this comprehensive sale full circle.
•    Lot #402, Above and Beyond the Call of Duty by David S. Martin (1913-1992), is estimated at $3,000-5,000. This 1943 poster, printed in Washington, D.C. by the U.S. Government Printing Office, measures 26 ¾ x 18 ¾”, and celebrates the bravery of Doris “Dorie” Miller (1919-1943), the first Black American to receive the Navy Cross. During the attack on Pearl Harbor, Miller carried wounded sailors to safety before taking control of an antiaircraft gun. With no training, he skillfully operated the gun until it ran out of ammunition.
•    Lot #93, a souvenir program and official score card for the November 25, 1893 Harvard–Yale football game, is estimated at $800-1,200. It was printed in Springfield, MA by Charles H. Nicoll. It is made from brown cloth in the shape of a football and bound with leather cord The piece Includes team rosters, photos, portraits, rules, and early brewery advertisements.

According to Christopher D. Brink, Potter & Potter Auctions' Head of Department, Fine Books & Manuscripts, "We are happy to announce our inaugural historical sale this November. In every book sale we put together, we have a lot of material that crosses over into the historical genre so starting this year we decided to make it its own sale. We have numerous categories and selections for every collector in this field so this is an event that bidders will not want to miss."