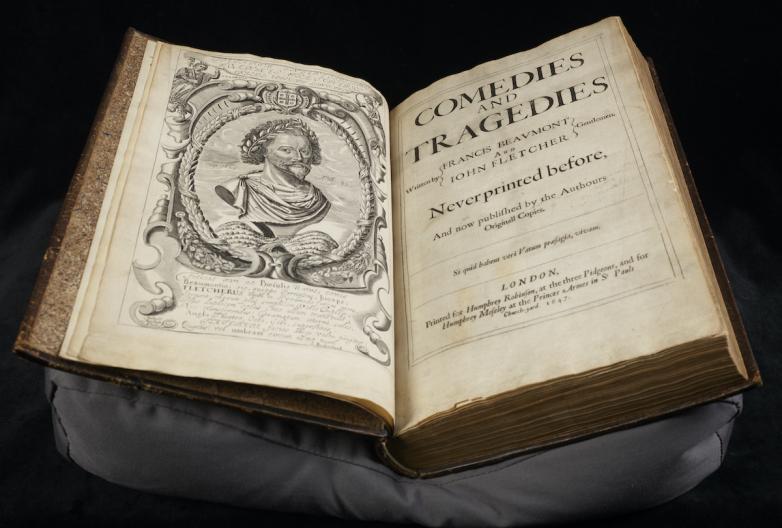 King Charles II’s copy of the 1647 Beaumont and Fletcher Comedies and Tragedies folio.

Last week, the Brotherton Library at the University of Leeds in the UK announced its acquisition of a very special book. In a dark brown morocco binding with plentiful gold tooling, the rare 1647 copy of Beaumont and Fletcher’s Comedies and Tragedies was given to the monarch while he was heir to the throne as the Prince of Wales.

The folio is made up of 34 plays, mainly by John Fletcher (who succeeded Shakespeare as playwright for the royal King’s Men acting company) and a few with his main collaborator since around 1605, Francis Beaumont, and others including Philip Massinger (buried in the same tomb as Fletcher). 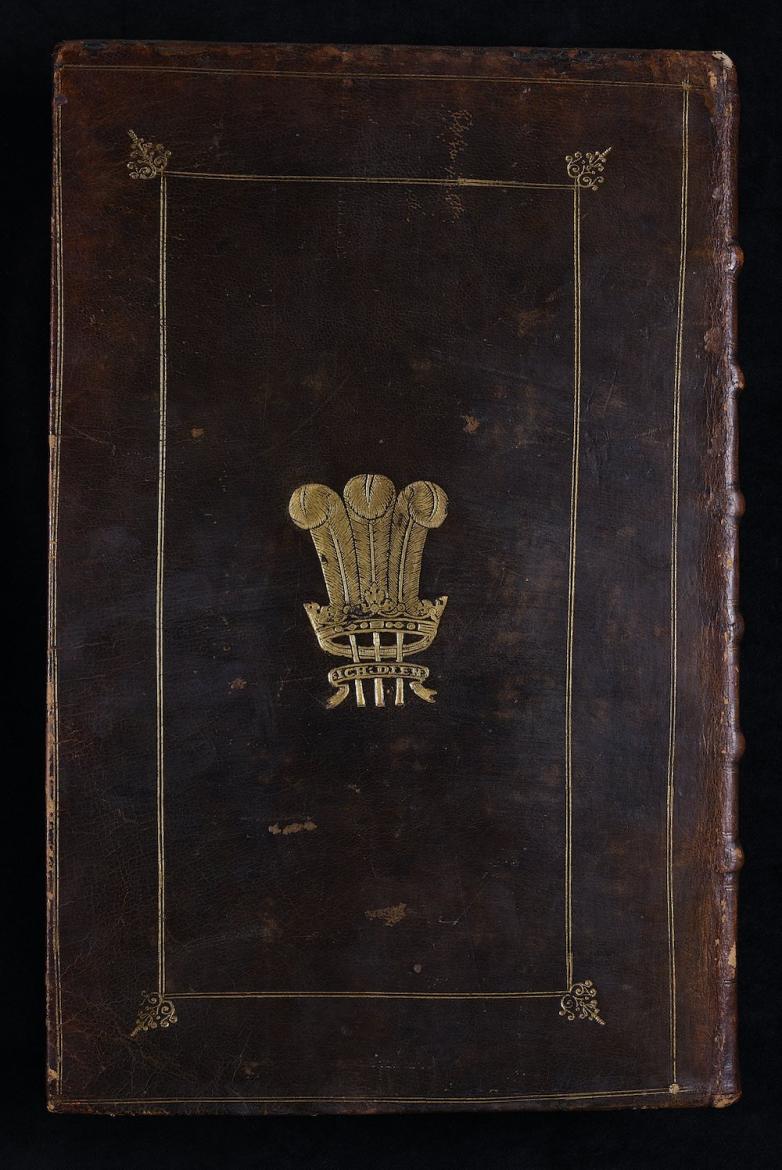 The folio came out when theaters were idled in the 1640s by the Puritan governments as civil war raged. As such, as well as a substitute for playgoing, it was something of a political statement since it was produced by Royalist publisher Humphrey Moseley.

This particular copy was made specifically for the then recently exiled Prince of Wales, and the cover features his armorial stamp of feathers emerging from a coronet and his motto "Ich dien" ("I serve"). It became part of his personal library before 1649.

“King Charles II’s 1647 Beaumont and Fletcher folio is the most valuable copy of this iconic collection of plays in existence,” said Dr. José Pérez Díez, Leverhulme Early Career Fellow at the University of Leeds. “It is a major research resource that will enable us to share and enjoy the riveting English drama of the seventeenth century with the wider community and scholars around the world.”

The special collections at Leeds' Brotherton Library also includes Ben Jonson’s 1616 Works folio and Shakespeare’s First Folio of 1623. Díez will be giving a free online talk about the folio on February 11, 2021.