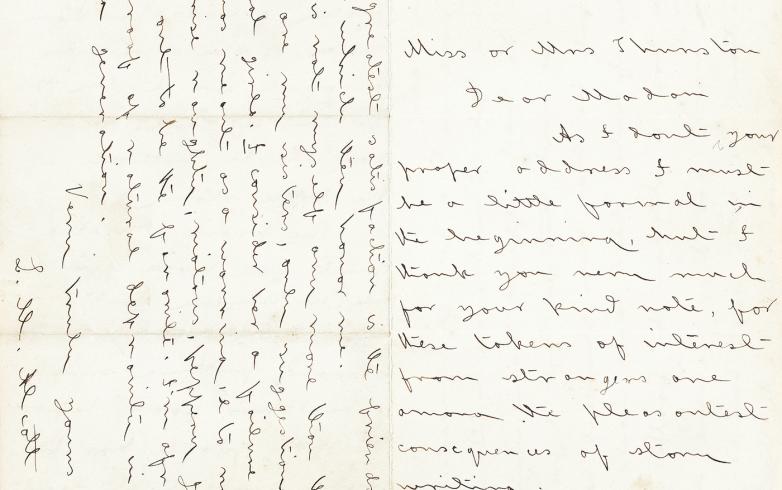 New York — Swann Galleries will present the second iteration of Focus on Women, Thursday, June 2. The sale is poised to emphasize women’s experiences and contributions to literature, science, art, politics, and thought. With published and manuscript material from the hand-press period, through the work of living artists, collectors will have a chance to bid on photographs, prints, books, archives and more.

Highlights from women in entertainment include a 1925 program for the New Plantation Revue’s Show, Tan Town Topics which was headlined by Ethel Waters and featured a young Josephine Baker in a scene just before her move to France and impending stardom ($1,000-1,500); and Eve Arnold’s image Marilyn Monroe in the Nevada desert rehearsing lines during filming of The Misfits, silver print, 1960, printed circa 2000 ($2,500-3,500).

Artists include a small archive once belonging to Elaine de Kooning ($2,000-3,000), as well as a bronze relief sculpture, circa 1985, cast between1992 and 1994 ($10,000-15,000). Additional highlights include works by the Guerrilla Girls, Dorothy Dehner, Marlene Dumas, Helena Bochoráková-Dittrichová, Mary Cassatt, Imogen Cunningham, Hedda Sterne, and Helen Frankenthaler, among others.

Lots related to preserving stories of more obscure women in history include Christine La Barraque’s Hastings Law School Class Photograph — she was the first blind woman admitted to practice law in California ($300-500). A Free Norma Jean Croy t-shirt, as well as the original silkscreen used for printing, circa 1980s to 1990s, is on offer ($150-250); Croy, a member of the Shasta-Karok tribe, was wrongly convicted and sentenced after a racially charged incident in 1978, her case was upheld by social justice groups in the 1990s working to free wrongly convicted Native Americans. And, a salt-print of the Harvard College house cleaning team from 1863 ($300-500) — Harvard maintained a cleaning staff to tend to the residents of student housing until 1950. These items are offered alongside a number of lots containing unique manuscript material, including travel diaries and unpublished letters created by people obscured by a male-dominated lens.