Martha's Vineyard’s reputation as a haven for writers and poets is well-documented--Dorothy West, Art Buchwald, David McCullough, and Judy Blume represent a few who have called the island home--and since 2005 the Martha’s Vineyard Book Festival has brought authors from far and wide to celebrate reading and writing. Originally conceived as a biannual event, the free festival turned into an annual August rite starting in 2015. The brainchild of Suellen Lazarus, a former director at the World Bank Group and longtime summer Island resident, the festival is modeled on the National Book Festival in Washington D.C. as a space where authors can discuss their work and engage in thoughtful conversation.

The event has grown over the past decade; this year, the festival opened on August 2 with a conversation between Chelsea Handler and Seth Meyers at the island’s Performing Arts Center. The next two days brought over thirty authors to four separate stages set up under billowing tents in the up-Island town of Chilmark. Among others, bestselling authors John Grisham, Henry Louis Gates, Jr., Joan Nathan, and Richard Russo talked about their work and participated in panel discussions ranging from the role of the press to the future of life on earth. 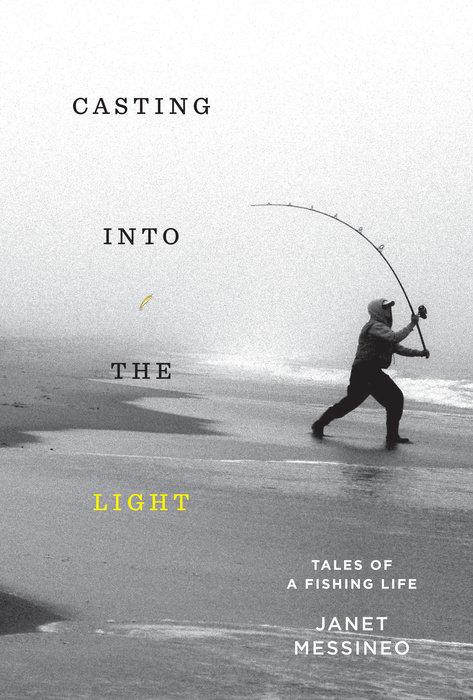 On Sunday, local author Janet Messineo closed out the festival by sharing stories from her book, Casting into the Light: Tales of a Fishing Life (Pantheon), which chronicles her path to becoming an expert striped bass fisherman and, eventually, fish taxidermist. “I guess you could say I’m obsessed with catching striped bass,” she said to an audience filled with fellow anglers and casual observers. “To me, catching the fish is the thrill these days. I don’t keep anything I’m not going to eat. These are beautiful and clever animals.” Messineo swapped tales with moderator and Chilmark selectman Warren Doty about fishing under cover of darkness--striped bass are nocturnal--and thrilling at the beauty of the species and the ever-present opportunity to hook “the big one.”

As the day came to a close, festival-goers filed out of the tents clutching reusable totes filled with hefty hardcovers and trekked the half-mile or so to the field-turned-parking lot, wondering which book to tackle first during these waning days of summer.