Check Out These Rare Law Books Annotated by Early Readers 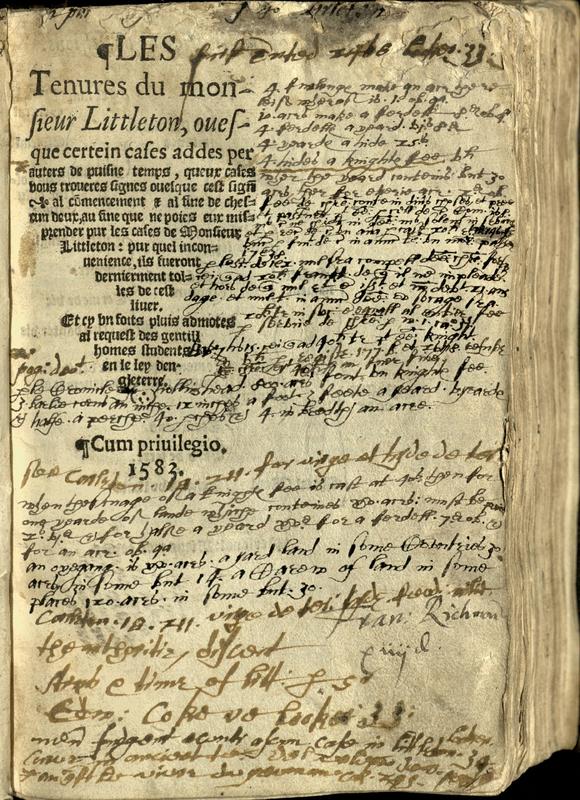 An exhibition at Yale’s Lillian Goldman Law Library, now online for virtual viewing, exposes readers who took the law into their own hands, literally. The exhibition, titled "Precedents So Scrawl'd and Blurr'd: Readers' Marks in Law Books," opened briefly in early March but like just about everything else, had to close due to the Covid-19 lockdown. It presents thirty-nine volume spanning seven centuries and three continents, offering a look at the role law books played in readers' lives as evidenced by the copious marginalia and manicules they left behind.

“The marks left by readers document the lived experience of the law, and remind us that law is above all a human endeavor. The exhibition is the latest in a series that examine law books as physical artifacts, and the relationships between their form and content,” said Mike Widener, rare book librarian and lecturer in legal research at Yale Law School. The exhibition's title comes from John Anstey's verse satire of the legal profession, "The Pleader's Guide" (1796): "Precedents so scrawl’d and blurr’d / I scarce could read one single word…” 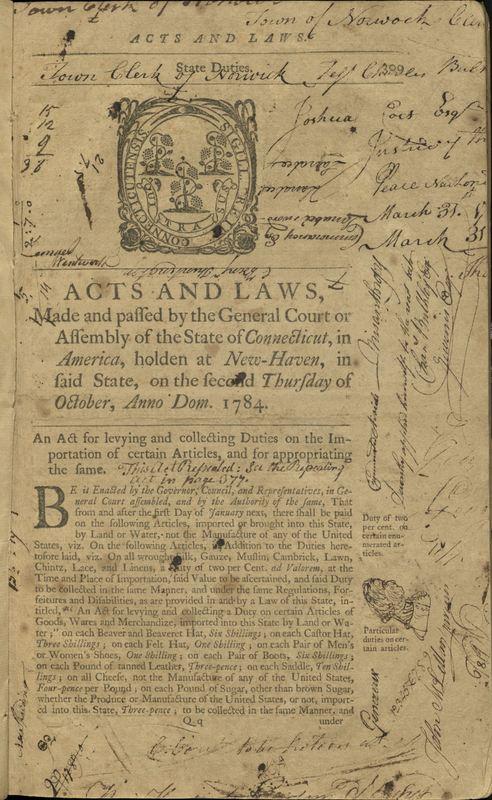 Acts and laws, made and passed by the General Assembly of the state of Connecticut (1786) shows ownership inscriptions and doodles.

For book historians, the ability to see and study these annotations—whether in the form of students’ notes, entire legal arguments, handwritten indexes, or mere doodling—is valuable. Sadly, not everyone felt that way: a 1511 copy of Justinian's Institutes has been tightly trimmed by a later bookbinder to physically erase the unsightly markings of an earlier reader.

As an addendum of sorts to each section’s images and descriptions, there is a relevant quote from one of several books about book history worth noting and “signal-boosting” here: Tom Mole’s The Secret Life of Books: Why They Mean More than Words (2019); David Pearson’s Books as History: The Importance of Books Beyond Their Text (2012); William H. Sherman, Used Books: Marking Readers in Renaissance England (2008); and Roger E. Stoddard’s Marks in Books, Illustrated and Explained (1985).