Book Collecting in the Digital Age 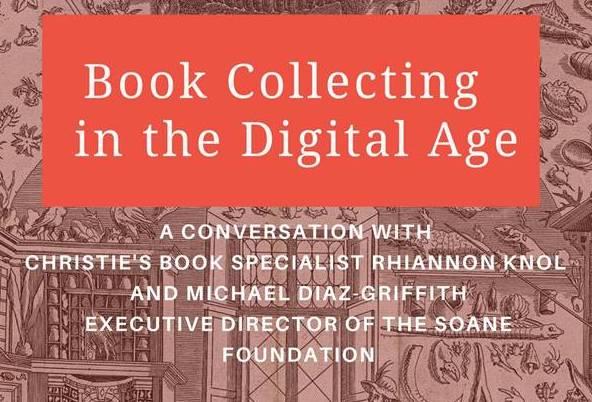 There was a lot here for beginner book collectors, with Knol advising that book collecting can happen at every level and adding that the internet has largely made that possible, not only because of the transparency in pricing, but because budding collectors have tons of research at their fingertips. It’s important to know the market, top and bottom, and to that end, Knol launched a slideshow that showcased both high spots and other cool (but not necessarily expensive) books including an edition of Cicero from 1559 from her own collection that contains marginalia and belonged to a nineteenth-century classicist.

Knol and Diaz-Griffith, both millennials, tackled the idea that younger people don’t enjoy collecting as much as older generations. Instead of seeing collecting as the hoarding of objects, Diaz-Griffith, who collects editions of Penelope Fitzgerald, suggested we look at antiquarian books and antiques as “vessels of experience” — things and stories that we share with one another. Collecting may become more selective and intentional and collectors more appreciative of materiality, he said.

The two also agreed that Instagram is the best social media platform for rare books and art. Diaz-Griffith added that he routinely posts images of objects with long captions that provide context, disabusing anyone who might think it’s all pretty pictures and fluff.

The notion of “traveling your own path” as a collector was central to the discussion, as was the idea that not every collector needs a million dollars to get started. There were shout-outs here to the Honey & Wax Book Collecting Prize and to collectors Caroline Schimmel and Lisa Baskin, both of whom carved out their own niche in collecting women’s history when it was hardly a topic of interest to the wider market.

The webinar was recorded, and Knol said it would be available online soon. When that link is available, we will add it here.

Update: the webinar is now available.