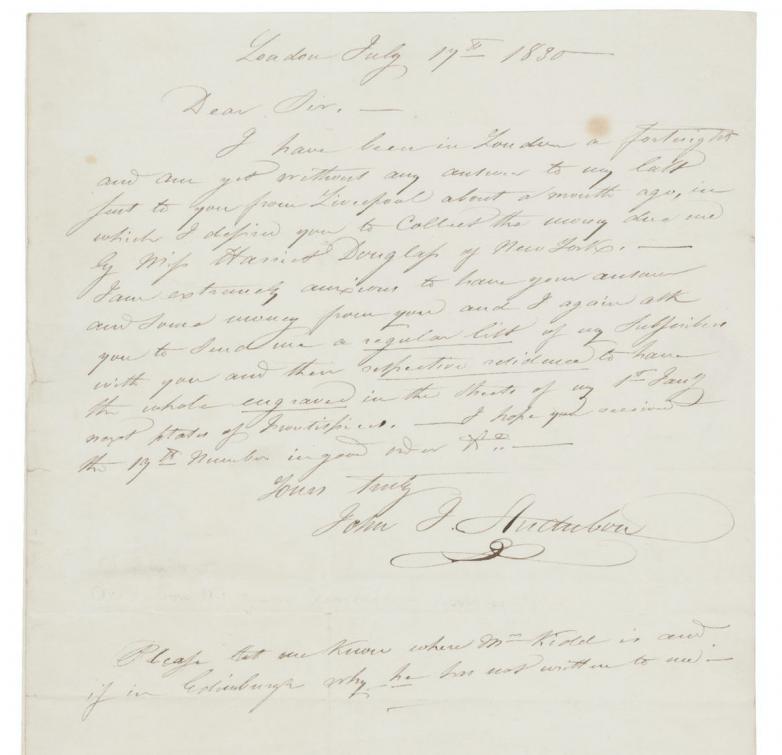 Coming to auction in Chicago on October 8 are two letters written by artist John James Audubon, both of which demonstrate his hands-on approach to bookselling. In the one pictured above, Audubon writes to Edinburgh bookseller Alexander Hill on July 17, 1830, referencing one of the first American subscribers to his now famous double-elephant folio, The Birds of America, and requesting money: “I have been in London a fortnight and am yet without any answer to my last letter sent to you from Liverpool about a month ago, in which I desire you to collect the money due to me by Miss Harriet Douglas of New York. I am extremely anxious to have your answer and some money from you…”

Douglas, the auctioneer points out, later turns up in Audubon’s journal when he mentions the fact that she seems not to have taken good care of the prints from her copy of Birds. He writes, “This, however, was not my concern, and I regretted it only on her account, that so little care should be taken of a book that in fifty years will be sold at immense prices because of its rarity….” Indeed, it is the second most expensive printed book ever sold at auction. Heck, even this letter is estimated at $4,000-6,000. 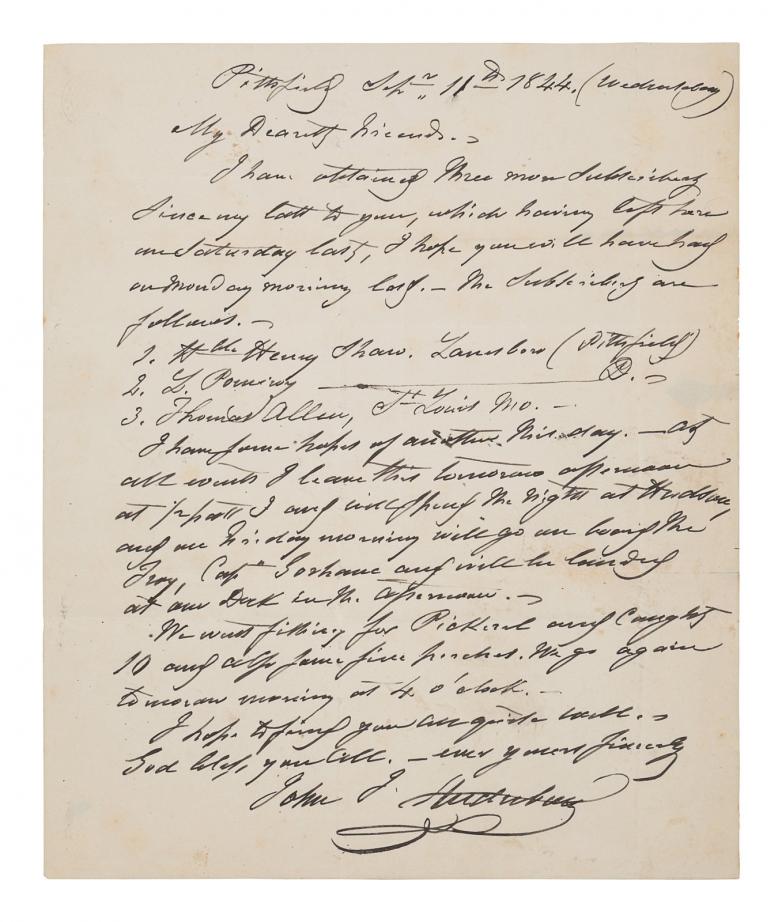 The second letter, written by Audubon to his eldest son, Victor Audubon, in 1844 reports that he has sold subscriptions for another of his immense publications, this one focused on animals instead of birds, Viviparous Quadrupeds of North America (1845). Victor, along with his brother, John Woodhouse Audubon, assisted his father with his monumental publishing projects. He was also a painter in his own right, as we learned back in June when a painting of his sold at an Edinburgh auction for $12,600. The letter is estimated at $3,000-4,000.