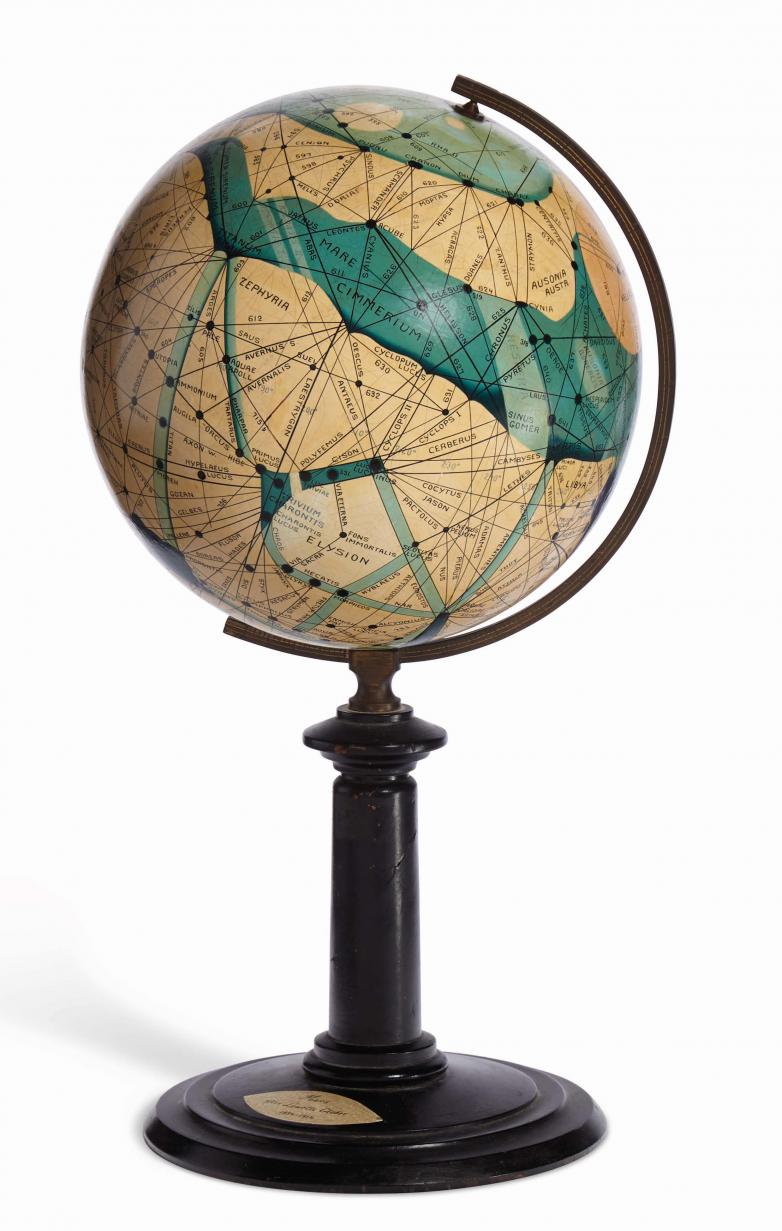 This rather odd-looking globe headed to auction in New York on June 12 reveals some fascinating snippets in the history of popular science, not the least of which is the relatively unknown work of Danish amateur astronomer Emmy Ingeborg Brun (1872-1929). According to Christie’s, only twelve recorded examples of her finely painted globes exist, and there is precious little information about her or them online. The Royal Museums Greenwich in London, which owns one of those twelve, offers this brief bio of Brun: “Mars enthusiast and amateur astronomer who made a small number of globes, many for presentation to particular individuals and institutions. Her inscriptions suggest that she viewed Mars as a potential socialist religious Utopia.” 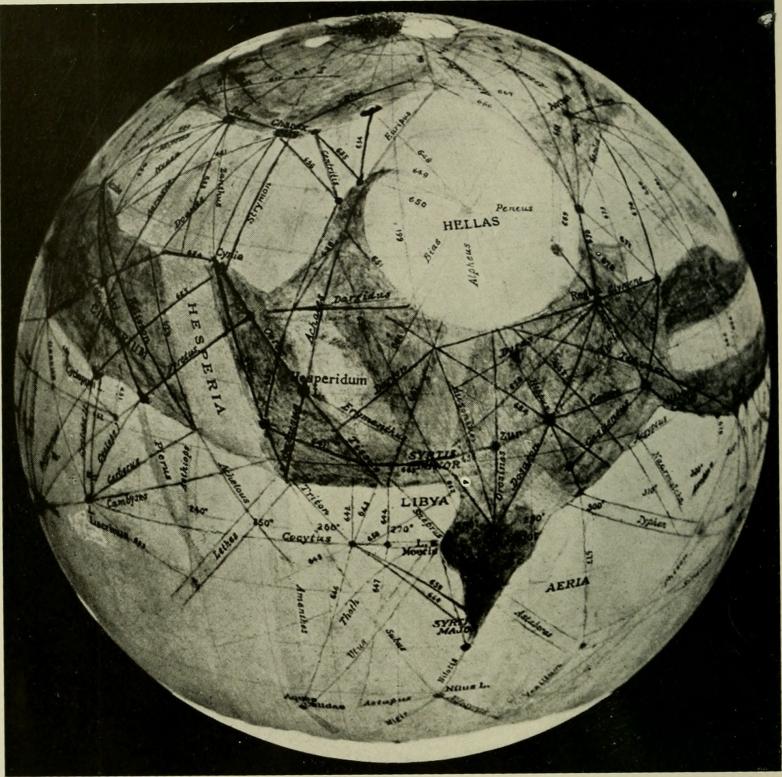 From a drawing of Mars by Percival Lowell, published in The American Museum journal, 1915.

Indeed it seems Brun was a Red Planet admirer, and she had also fallen under the spell of American businessman and pop sci prophet Percival Lowell (1855-1916). Building on the worked of an Italian astronomer, Lowell became convinced that he had discovered an extensive canal system on Mars, which, in turn, proved (to him) the existence of an ancient Martian civilization. Lowell spent many years at his observatory in Flagstaff, Arizona, drawing the wrong conclusions about what he was seeing through the telescope. He published three books on the subject: Mars (1895), Mars and its Canals (1906), and Mars as the Abode of Life (1908). Powell’s discredited cartography fueled mid-twentieth-century science fiction novels like Heinlein’s Red Planet and Bradbury’s Martian Chronicles.

Brun crafted her Mars globes of plaster applied to existing spheres; her careful hand-painting and lettering transformed them into works of art. On a small plague on the base of the globe headed to auction, Brun attributed her work: Mars efter Lowekks Glober 1894-1914. She similarly credited Lowell on the globe at the Royal Museums Greenwich, although that example also contains a quotation from the Lord’s Prayer and a Socialist slogan: “Free Land. Free Trade. Free Men.” Brun donated her work to observatories and institutions, and she also sent one to Lowell in 1915.

One of the Brun globes sold at Bonhams in 2012 for $50,000. Daniel Crouch Rare Books also appears to have one available, for a similar amount, and their research has traced seven institutional owners of Brun globes worldwide. Which makes the one headed to auction next week — different from both the Bonhams and the Crouch specimens — one of the few left in private hands. It is estimated at $30,000-50,000.