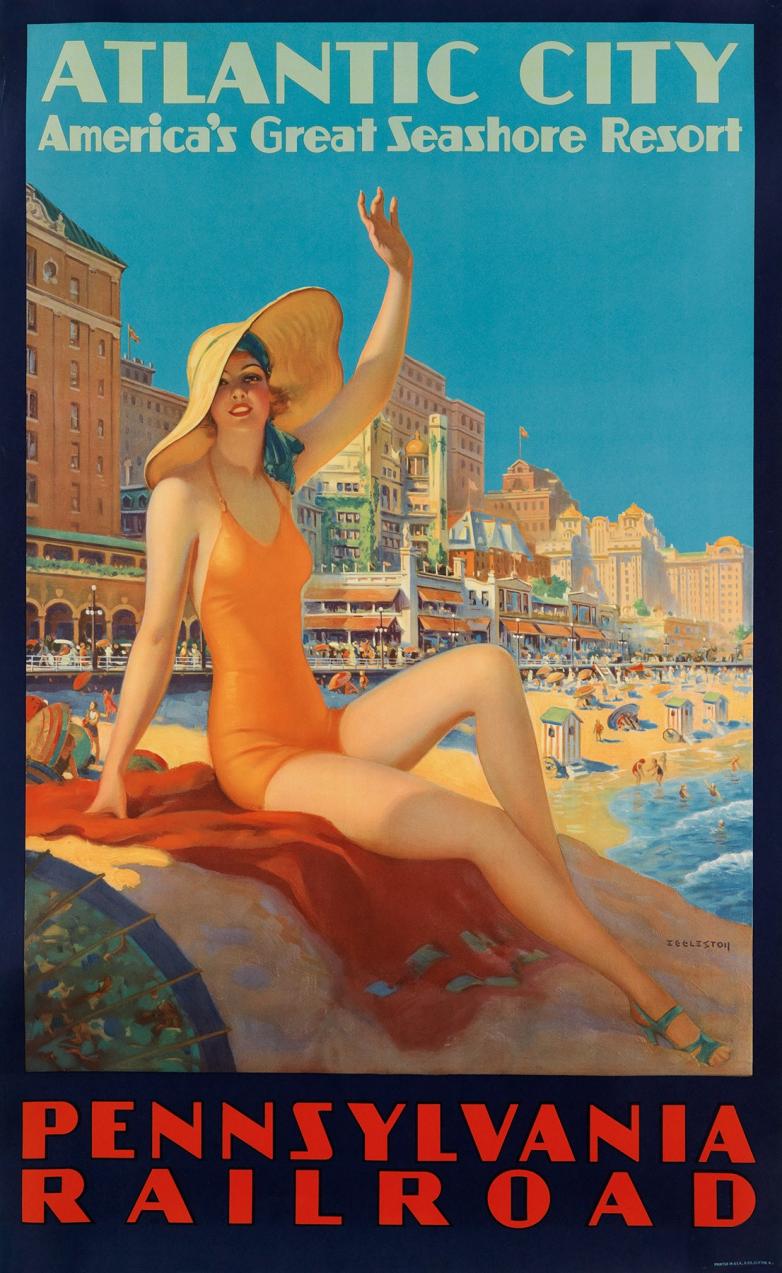 New York — “After twenty years of conducting auctions of Rare and Important Travel Posters it was validating to see the sale turn in the best results in the last three years,” noted Nicholas D. Lowry, Swann Galleries’ President and Director of Vintage Posters. The Thursday, November 14 auction saw a 75% sell-through rate, an “industry-leading number as no other poster sales come close to this level of success,” continued Lowry, as well as bringing ten new records for artists and images alike.

Works from an exceptional private collection of American railway posters included images by Leslie Ragan and Walter L. Greene. Ragan’s 1939 Art Deco advertisement for The New 20th Century Limited was won by an institution for $11,250, and Greene’s 1928 image for Storm King / New York brought a record for the poster at $9,375.

American destinations found success, setting additional artist records for Hernando G. Villa with The Chief …Is Still Chief / Santa Fe, 1931, which had not been seen at auction since Swann’s inaugural travel poster auction in 1999 ($9,375); and Paul Proehl with Chicago for the Tourist / Illinois Central, 1925 ($7,500).

Sporting advertisements proved to be popular with collectors. Willard Frederic Elmes’s circa-1923 gouache maquette Golf by the North Shore Line earned $10,625, a record for the artist. Otto Brennemann’s 1926 travel image for the South Shore Line to South Bend, Indiana for Notre Dame football set a record for the work at $8,125. Also of note was Polo / By the North Shore Line, 1923, by Oscar Rabe Hanson, which also sold for $8,125.

Leading the sale was one of three Edward M. Eggleston designs for the Pennsylvania Railroad promoting travel to Atlantic City. The circa-1935 image, which captures the magnificent hotels along the boardwalk, including the recognizable Chalfonte, Marlborough-Blenheim and the Traymore, sold to an institution for $16,250. Further works inviting viewers to travel to warm destinations included Boris Artzybasheff’s 1947 fantastical design for American World Airways to Bermuda. The poster, featuring an elegant mermaid, earned a record for the artist at $9,375. Catalina was on display with a 1938 image by Otis Shepard at $7,250, an artist record—also from the Golden State was California / This Summer, circa 1933, which sold to an institution for $10,000.