1921 Bestsellers: A Conversation with Linda Aragoni 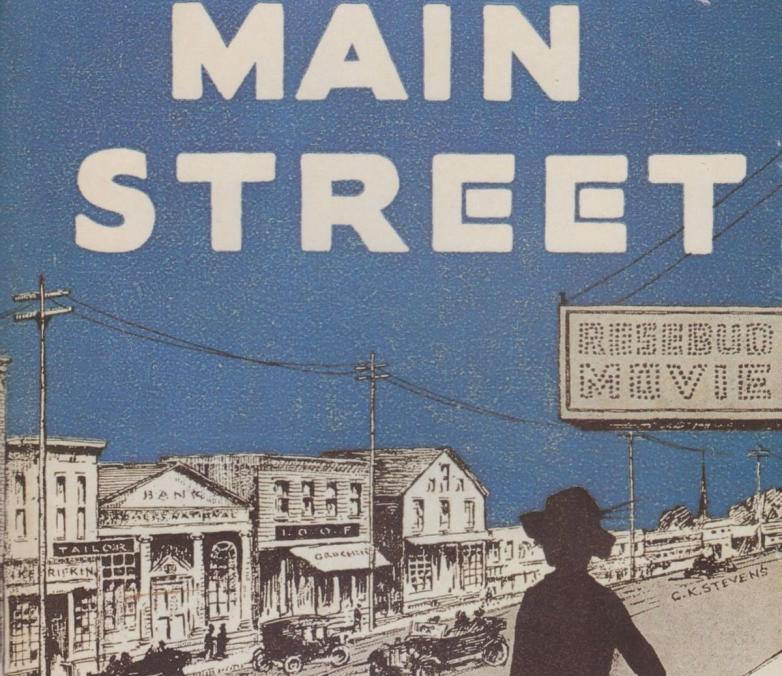 Main Street by Sinclair Lewis was the number one bestseller in 1921.

For the past six years, we have checked in with consummate reader Linda Aragoni of the Great Penformances blog for her appraisal of the bestseller list from a century ago. This year we continue the tradition, learning about the bestsellers of 1921 and how they hold up today.

Here are the 1921 bestsellers according to Publishers Weekly:

3. The Mysterious Rider by Zane Grey

4. The Age of Innocence by Edith Wharton

5. The Valley of Silent Men by James Oliver Curwood

8. Her Father’s Daughter by Gene Stratton-Porter

9. The Sisters-in-law by Gertrude Atherton

10. The Kingdom Round the Corner by Coningsby Dawson

LA: The Brimming Cup by Dorothy Canfield [Fisher] is my favorite. The Brimming Cup isn’t great literature, but it’s intriguing reading. The novel cries out to be transformed into multi-part drama, something along the lines of British Television’s production of Anthony Trollope’s The Barchester Chronicles. Both Canfield and Trollope suggest far more than they tell. People with poor imaginations would need to see Canfield’s scenes acted out to figure out exactly what’ s going on.

The Brimming Cup is about Marise Crittenden, a talented pianist living in a tiny Vermont village. When she sends her youngest child off to school, Marise feels her useful life is over. Within hours, she has a visit from two men newly arrived in Ashley. Mr. Wells, recently retired, is her new next-door neighbor. The much younger Vincent Marsh is a suave, self-absorbed man who seems never to have worked at all.

Since her husband is away on business, it falls to Marise to see that the new neighbor and his young companion are made at home in Ashley. Vincent had not expected to find someone like Marise in Ashley, any more than she expected to discover someone like him. By the time Neal gets home, Vincent has made his first moves toward shattering the Crittendens’ marriage.

Canfield works in secondary stories of two other married couples in Ashley who have quite different marital problems, and shows Mr. Wells, who had come to Ashley to putter away his last years, suddenly find a reason to chuck retirement for social work. Mr. Wells’ reason for his sudden goal change sounds very contemporary.

LA: My top pick, The Brimming Cup is a novel that thoughtful modern readers would find well worth reading. I’d put A Poor Wise Man by Mary Roberts Rinehart as a second choice. It’s an action-packed romance, but it makes post-WWI economic history understandable and very relatable for today’s readers. I wouldn’t be surprised if the novel turned out to predict future economic history as well.

NP: What value could today’s reader get from reading 1921 bestsellers?

LA: Reading the 1921 bestselling novels in 2021 produces some interesting comparisons due partially to similarities of events a century apart in America. In 1921, the Great War was over and “our boys” had come home, with many of the survivors having arrived too late to see any fighting, as America’s European allies still remind our diplomats. In 1921, the Great Influenza (the so-called “Spanish Flu”  that started in America and went on to kill 50 million people around the world) had also run its course. Americans who survived both war and flu were in a mood to party, but only the rich had money to pay for parties. The rest of the country were just trying to get by as best they could.

Today, we’ve just pulled our last troops home from Afghanistan after 20 years of a war we didn’t win. By the time your readers see this, Covid-19 may have overtaken the Great Influenza as the deadliest disease in American history, unless omicron or another variant knocks it from top place.  And people who survived the first year of Covid-19 are in a mood to party, but only the rich have money to pay for parties. The rest of the country is just trying to get by as best they can.

NP: What were your least favorite reads of 1921?

LA: The only novel on the 1921 bestseller list that most of today’s readers have heard of Sinclair Lewis’s Main Street, is a book I like less every time I read it. I’ve read it for the last time. Never again. But aside from the Canfield and Rinehart novels, the other seven of the 1921 bestsellers are less strident but equally dull and dumb.

I envision Sinclair Lewis as a kind of literary Donald Trump, starting out to show that he’s the world’s greatest author, becoming bored with his story, and ending up paying a graduate student $100 plus a mention in the afterward to write the last 300 pages. Re-reading the novel this year, though, I couldn’t help thinking some enterprising English PhD candidate might write a dissertation about how Lewis’s Main Street prefigures Donald Trump’s America.

NP: Would you add any of the 1921 bestsellers to your permanent library?

LA: If I could find a hardback copy of The Brimming Cup of in reasonable condition, I’d buy it. None of the member libraries of The Four County Library System in my area of New York State had a copy. I bought a cheap paperback reprint with 8.5 x 11-inch pages and small type that is all but impossible to read without a magnifying glass. The magnifying glass shows up typos that no self-respecting publisher in the 1920s would have allowed out of the building and no Fine Books & Collections reader today would allow in their house.

Incidentally, I’d like to read some of the biographical material about Dorothy Canfield Fisher. Besides writing 15 novels, six short story collections, all or parts of 22 nonfiction books, she also brought the Montessori method of child-rearing here, headed up the first adult education program in the U.S., and served for a quarter century on the Book of the Month Club selection committee. Eleanor Roosevelt called her one of the 10 most influential women in America.

NP: Any titles you're looking forward to reading from 1922?

LA: I’m writing on a set of nonfiction books about nursing home visiting for various audiences. I suspect I’ll be delighted to read a book on any topic other than nursing homes by June 1922.

The 1922 bestseller list does include some titles that I remember as being quirky enough to be diverting if I can find copies. A. M. S. Hutchinson’s  If Winter Comes, the top bestseller in 1922, is one I marked to reread. I might reread The Fall of the House of Coombe by Frances Hodgson Burnett, too. It is a really strange novel.