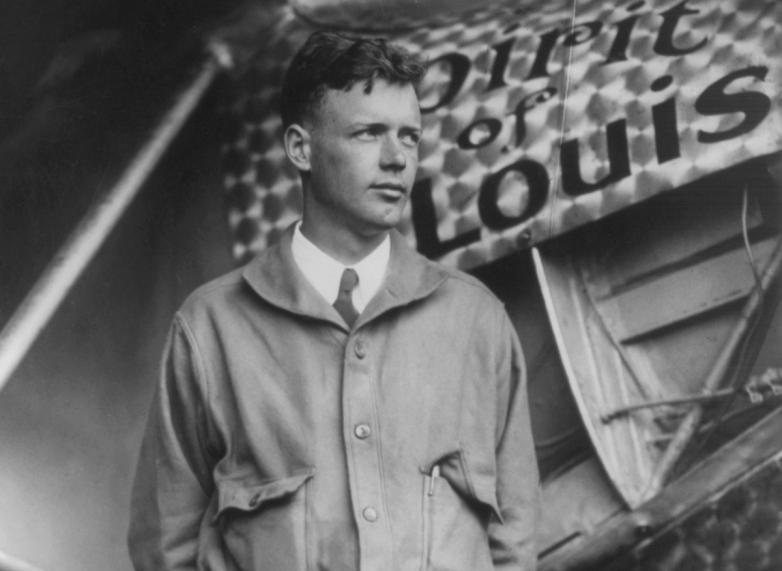 Aviator Charles Lindbergh employed a ghostwriter for his quickie 1927 autobiography, We, following his famous transatlantic flight that year. Then he rejected the writer’s account and spent three weeks rewriting it. 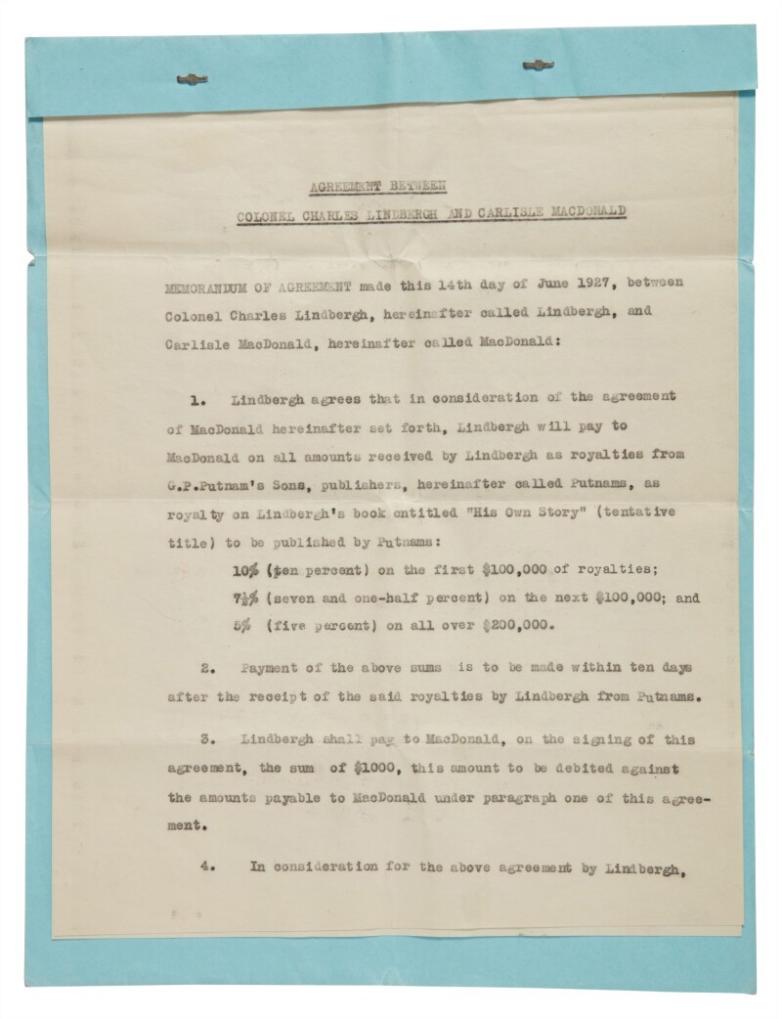 The signed, typescript agreement between Lindbergh and his ghostwriter, J. Carlisle MacDonald.

Lindbergh and MacDonald had worked together before on a series of New York Times reports, which earned Lindbergh $35,000 plus royalties. (Three years ago, an invoice outlining these payments sold at auction for a mere $200). For the book, however, Lindbergh was reportedly unhappy with MacDonald’s slipshod draft and demanded a three-week extension from his publisher, G.P. Putnam, during which he rewrote it in longhand.

We was a runaway success, selling more than 650,000 copies in the first year.

The contract, which goes to auction in New York on April 26, is estimated to reach $30,000-50,000. It was most recently owned by real estate developer and philanthropist Jay Kislak, who died in 2018.

Publishing contracts seldom appear at auction, although Pat Garrett’s contract to write a book about Billy the Kid sold for $21,562 at auction last year.