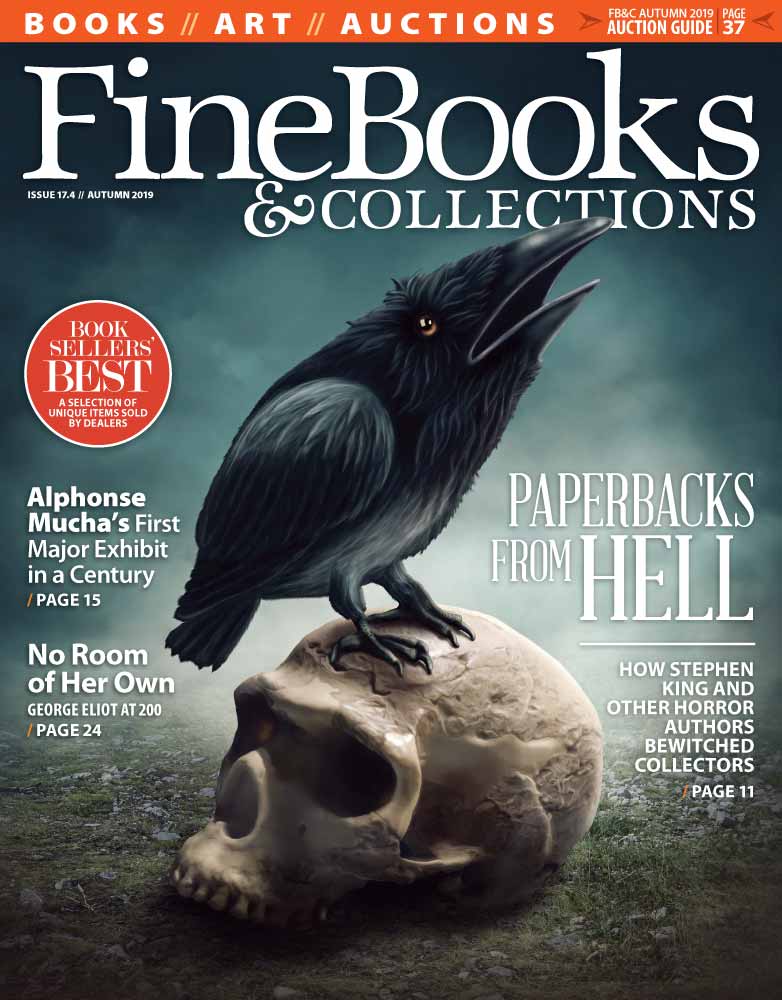 Buy this issue at the Fine Books store

No Room of Her Own

Dealers select their most unique and noteworthy sales of the year, from a young woman's Revolutionary War-era diary to a six-figure Stephen King first edition

A preview of the upcoming auction season

Catching up with E. M. Ginger

Paperbacks from Hell: How Collecting Horror has Changed

object Postcards from the Russian Revolution

A stunning sum for a math book

When Portugal and Spain split the globe

From Tintin to Nietzsche

A roundup of first editions, manuscripts, maps, and fine art

Books on the High Seas

An admirable collection of maritime atlases

How I Got Started