Earlier this year, we invited hundreds of antiquarian and rare book dealers to tell us about a unique or noteworthy recent sale. Here’s an illustrated sampling of their submissions. 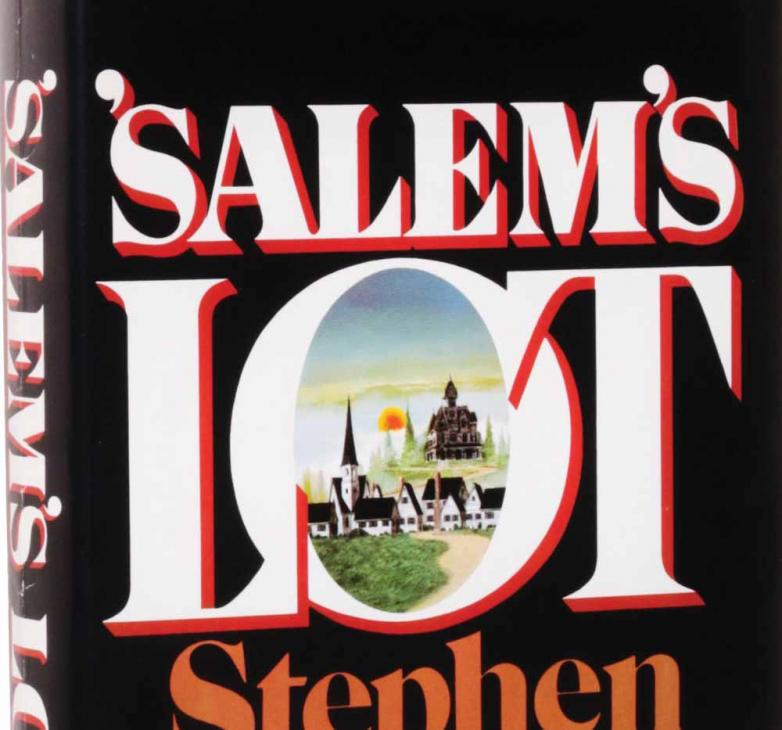 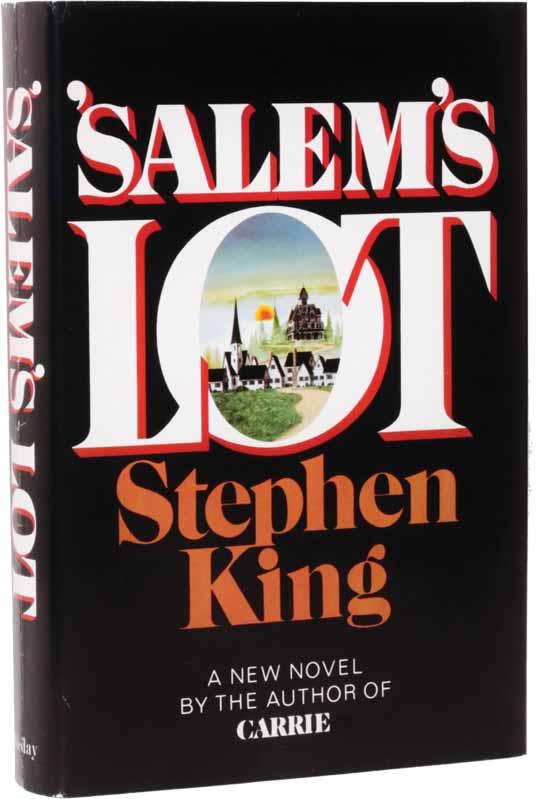 $100k What makes this first edition of Stephen King’s horror novel, Salem's Lot (1975), worth so much? It has to do with the dust jacket—the publisher changed the already printed price from $8.95 to $7.95 at the last minute and had all the jackets clipped and a new price printed on the flap. Of course, a few unclipped volumes got away, perhaps as many as four, said bookseller Simon Patterson. This is one of them. “It's the rarest state of King's trade first editions and a highlight of modern speculative fiction collecting.” 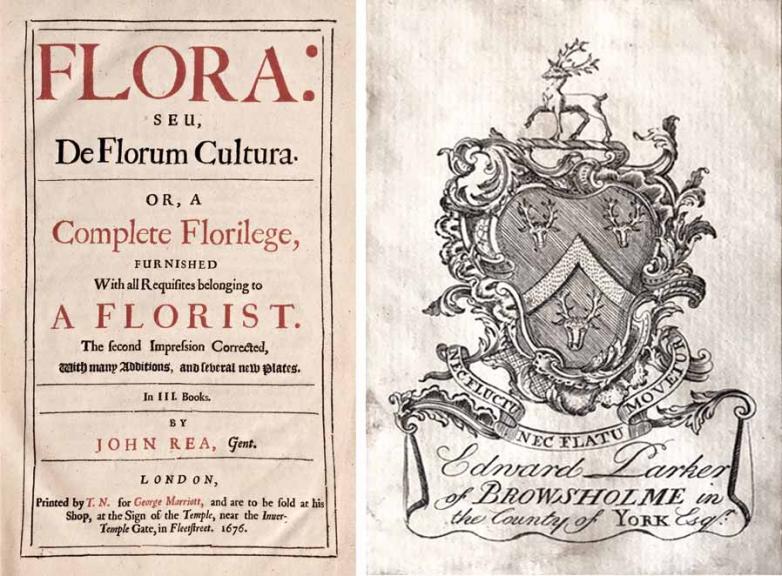 $1,850 John Rea’s Flora: seu, De florum cultura … (London, 1676) is certainly one of the most important gardening books of its time. But what makes this one special is the armorial engraved bookplate of Edward Parker of Browsholme (1658–1721). Browsholme Hall, has, since 1507, been the home of the Parker Family, a current member of which bought the Flora, telling the bookseller that while he was neither a collector nor a bibliophile, “the thought of restoring some of the library of Edward Parker is an attractive notion.” 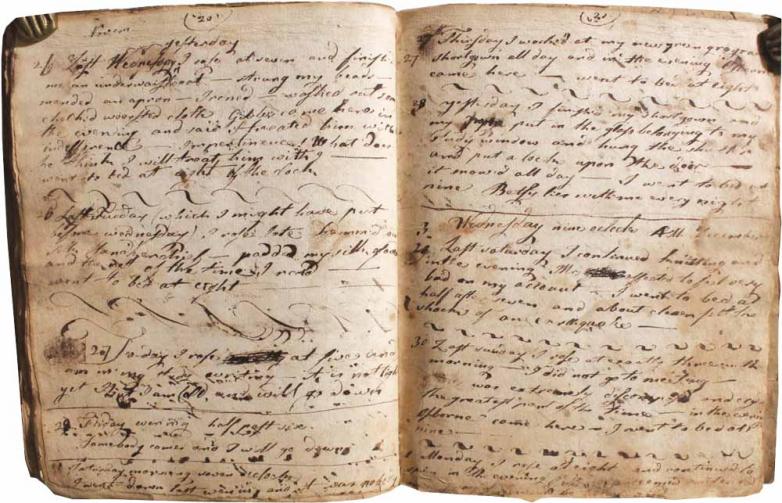 $32,500This unique journal by the multi-talented matriarch of an extraordinary family, Hannah Hicok, was written in 1782–84, when she was a teenager on a farm in South Britain, Connecticut. It contains 28,000 words about early American life. Hicok was an early feminist whose five daughters followed in her footsteps, two of whom gained national and international fame. It’s quite a remarkable survival. 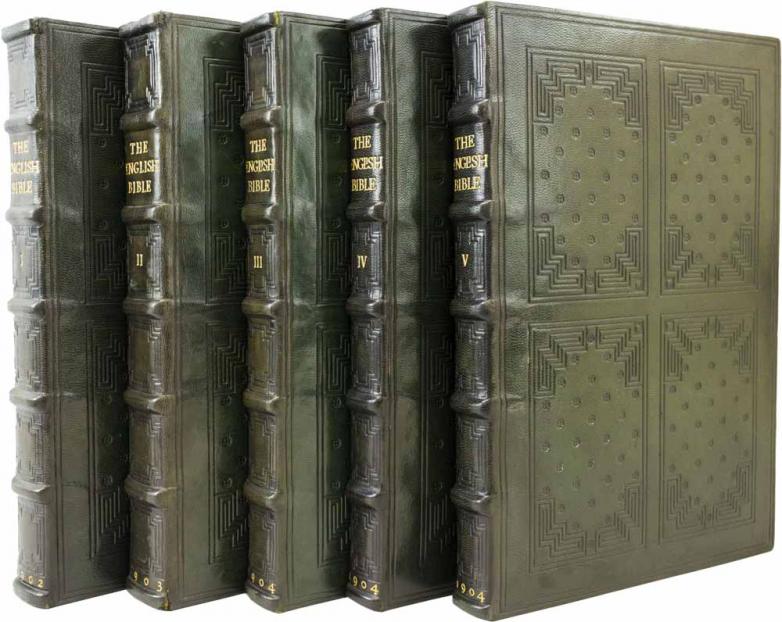 The Doves Bible, Rebound by a Reformer

$22,500 This copy of the Doves Bible, a limited edition, five-volume bible printed under Cobden-Sanderson that is lauded as one of the great English private press books, is extra noteworthy because it was bound (in stately dark green morocco) by Ellen Gates Starr, a social reformer and cofounder with Jane Addams of Hull House in Chicago, where she operated a bindery and taught bookbinding to the underprivileged. 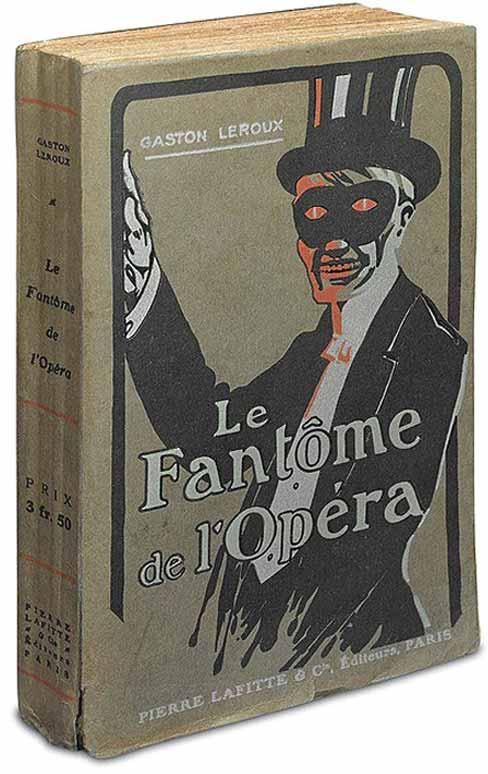 $15,800 Finding a near fine first edition of Le Fantôme de l'Opéra (The Phantom of the Opera), published in Paris in 1910, with its illustrated paper wrapper, is worth yawping about. According to the bookseller, “The first print run probably didn't exceed a few thousand copies. Many were immediately bound, without the illustrated covers, as was customary at that time. Most of the few surviving copies in these fragile illustrated wrappers are generally in poor condition—to be mangled and tossed into the Seine.” 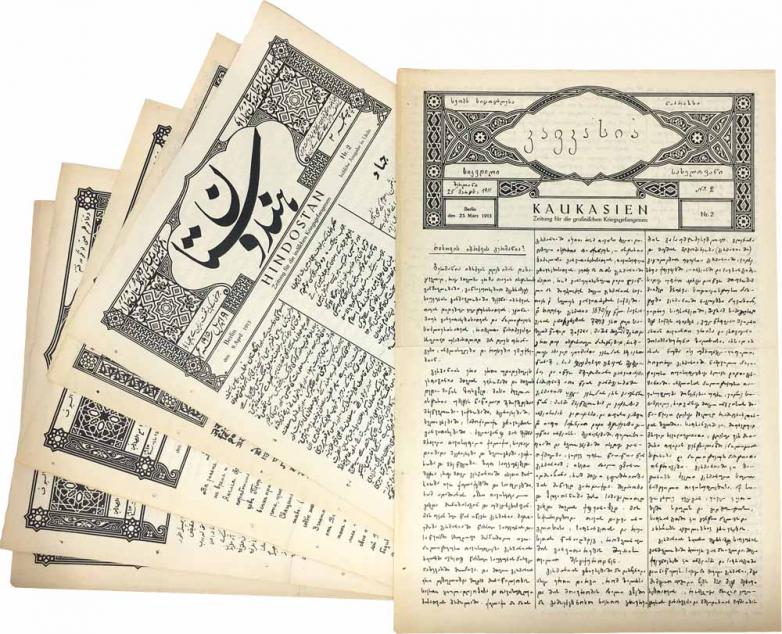 £12,000 ($15,300) If jihad and radicalism seem like modern issues, check out this fantastic collection of more than 300 World War I camp newspapers produced to promote jihad among Muslim prisoners of war. Such attempts at radicalization were official German policy, and these newspapers provide primary source material as to how that policy was enacted. The newspaper was published in six different languages: Arabic, Tatar, Russian, Hindi, Urdu (Hindostan), and Georgian (Kaukasien). An American institution bought the lot at last year’s New York book fair. 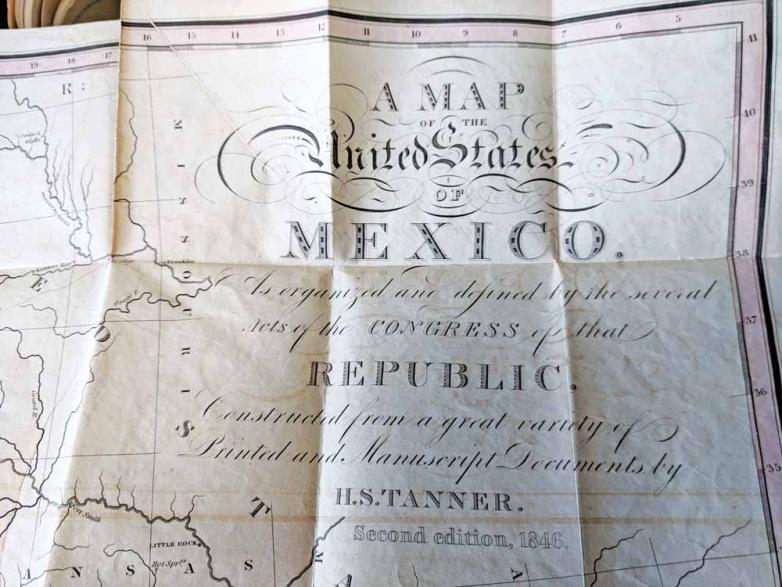 $15k Another historical item that seems to speak to current affairs, here is Henry Schenck Tanner’s Map of the United States of Mexico…, published in Philadelphia in 1846. (It’s the second edition of the 1832 map.) The bookseller called it “A remarkably brightly colored example of the important map of the United Mexican States, which played an integral role in the shaping of the U. S. boundary with Mexico.” 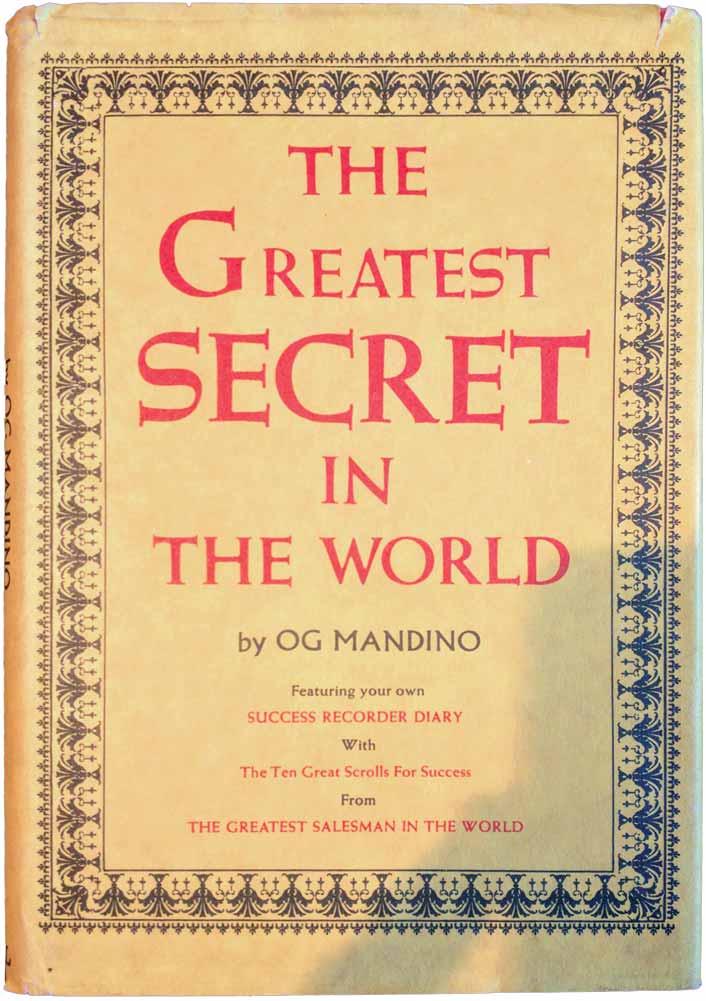 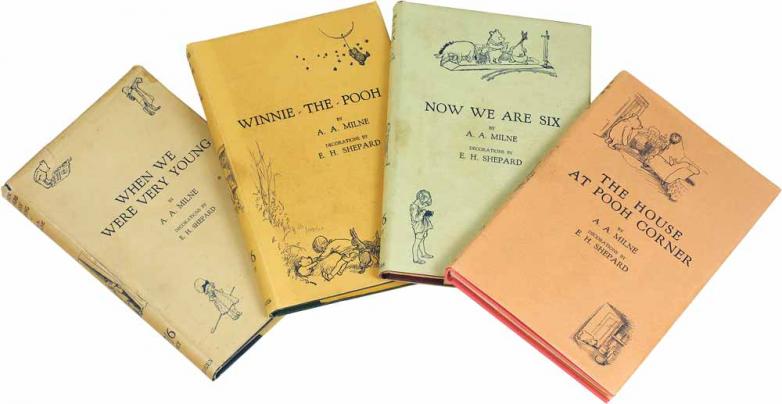 $65k This remarkable set of four Pooh first editions published between 1924 and 1928, all signed or inscribed by both the author, A. A. Milne, and the illustrator, E. H. Shepard, was likely “assembled as the books were published,” said the bookseller, as evidenced by gift inscriptions. The copy of When We Were Very Young contains an original ink drawing by Shepard reinterpreting his illustration on page 48 and manuscript poem inscriptions by both men on the free endpaper. 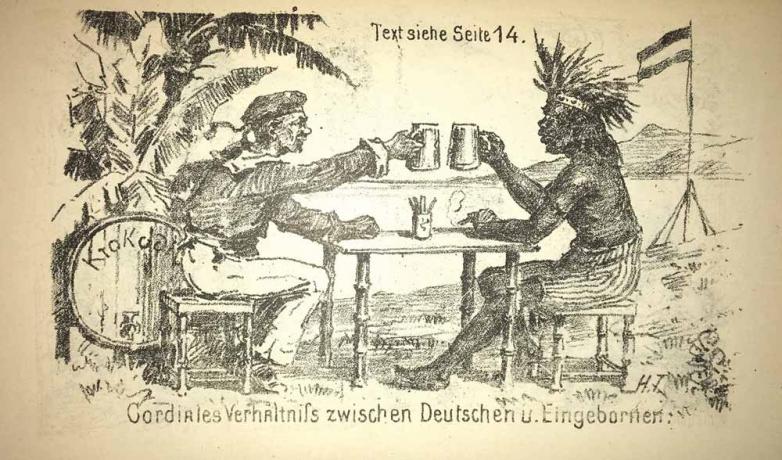 €975 ($1,100) In the tradition of the famous Baedeker guides, this rare, c. 1920 travel guide to the South Sea Islands was meant “for emigrants and those who want to become one,” written by someone who was “tired of Europe.” With a full-page frontispiece, a full-page map, and forty-three plates, this lively look at island life is now held by an institution. 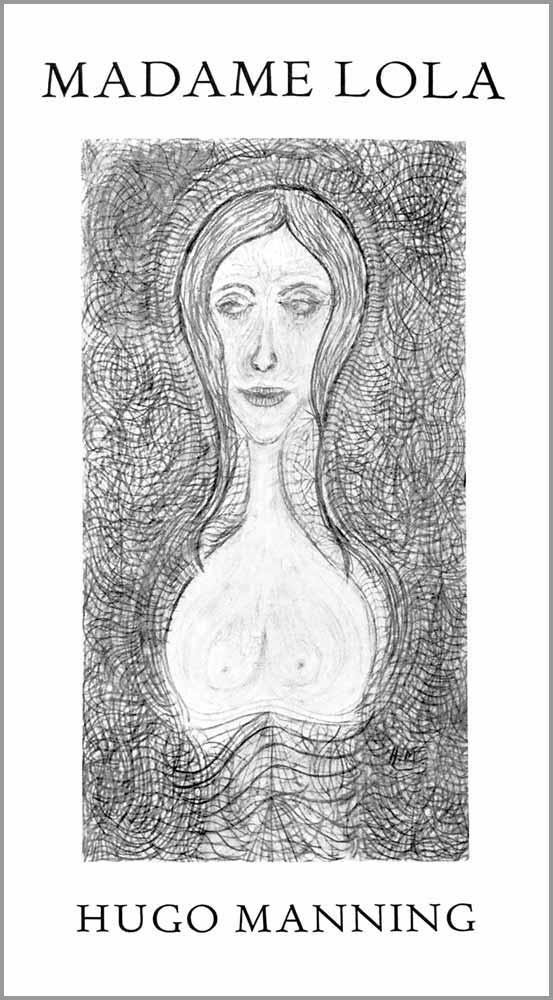 $1,550 An archive of seven original signed drawings (c. 1970) by the Jewish poet Hugo Manning (1913–1977) caught our eye. According to the bookseller, Manning’s drawings seldom appear on the open market. These were purchased from Manning’s nephew, who is a professional artist himself in England. One of the artworks, Madame Lola, was the original illustration used by Enitharmon Press when publishing Manning’s book of the same title. 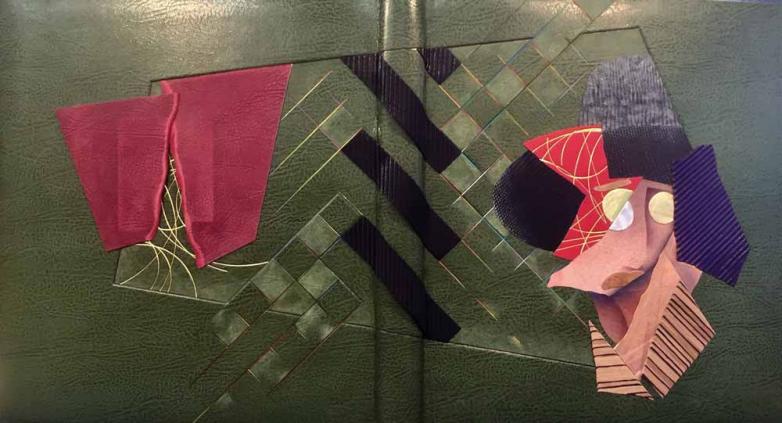 $19k A private collector in California snapped up this Donald Glaister binding of a 1987 artist’s book edition of James Joyce’s Epiphanies, a gorgeous production with sixty-two etchings, employing over 150 plates, original watercolors, collage, and hand cutting, all bound in full dark green goatskin with goat and lizard skin onlays. Said the bookseller: “It is hard to overstate the importance of this book in contemporary book arts. It is one of the first, if not the first, to entice the reader/viewer with texts and images that they must manipulate to fully see.” 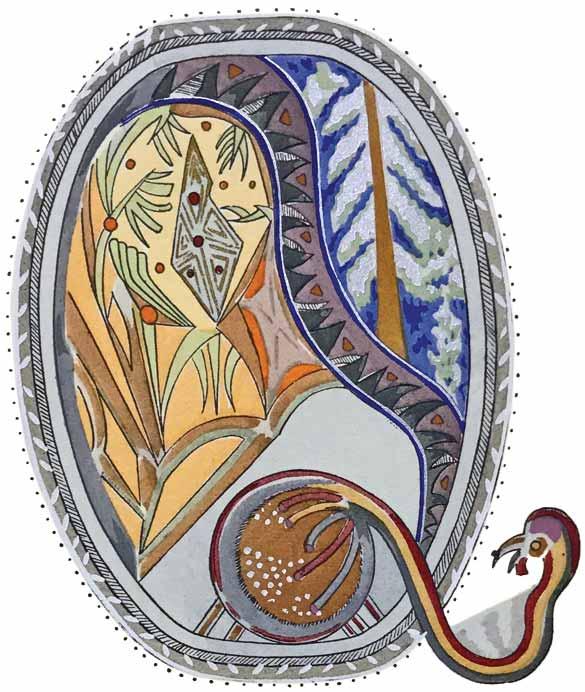 $10k The first and only edition of A Chaucer A.B.C. (1936) is a poignant artistic collaboration between Lucia Joyce and her father James Joyce. Lucia had a talent for illuminating letters, which her father encouraged by asking the Obelisk Press in Paris to print 300 copies of this A.B.C. at his own expense. (This is number 63.) According to the booksellers, “Joyce took the limited edition’s subscriptions extremely personally, dropping friends who declined to support Lucia’s book.”