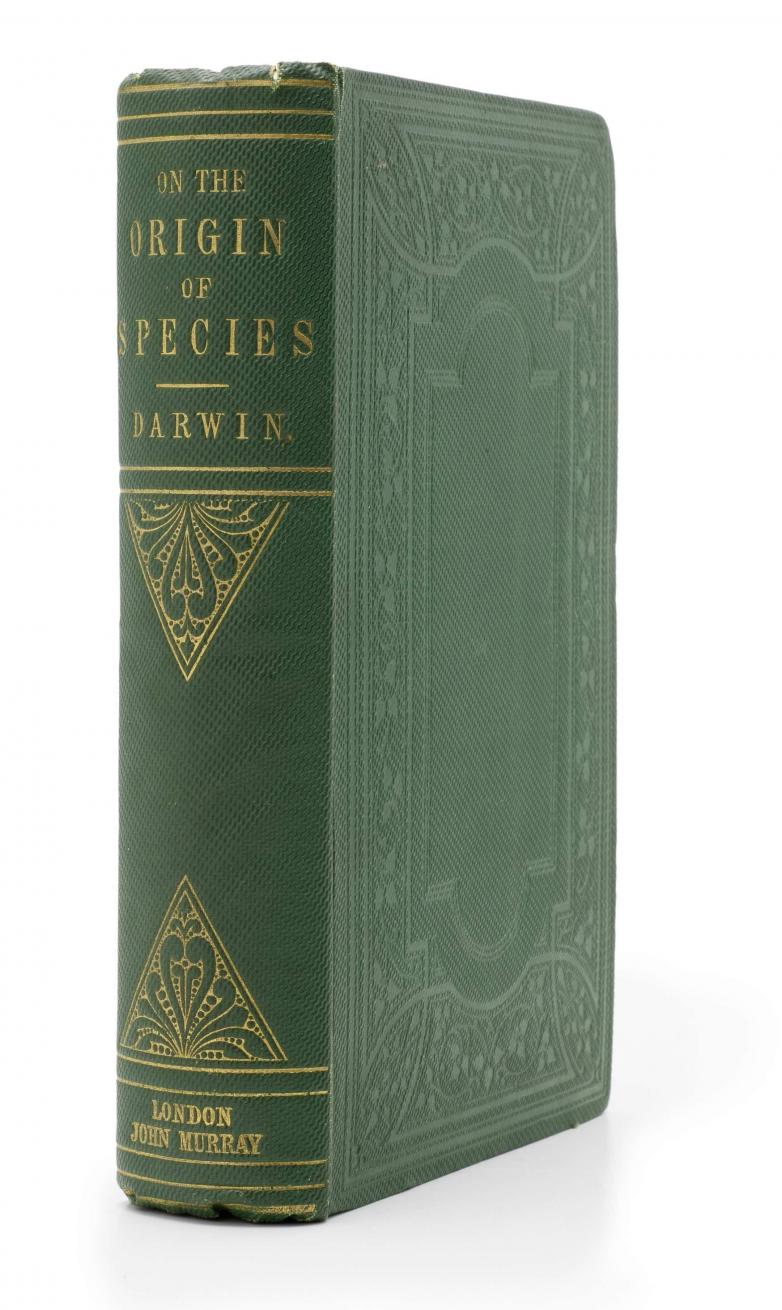 A first edition, early presentation copy of Charles Darwin’s On the Origin of Species by Means of Natural Selection sold for $500,075.

Ian Ehling, Director Books and Manuscripts, comments: “This extraordinary presentation copy had been carefully stored in a private collection for nearly 100 years. It generated lots of interest during the exhibition and we saw competitive bidding in the auction room. After a four-way bidding battle, the book sold to a client on the telephone.”

Upon publication in 1859, a number of presentation copies were sent to family and colleagues, including one to Professor Robert Caspary (1818-1887), a German botanist and a frequent Darwin correspondent. Caspary and his work are discussed in Darwin's 1868 The Variation of Animals and Plants Under Domestication as well as in his 1877 The Different Forms of Flowers on Plants of the Same Species. The book was purchased in the early 20th century by Edward Bradford Titchener (1867-1927), an English-born psychologist, professor at Cornell University, and descended to the current owner.

Other highlights from the sale included:

•    First printing of The Tragedie of Coriolanus, William Shakespeare's most incisive exploration of the body politic sold for $50,075.
•    An unpublished letter from Ernest Hemingway to his father, with a detailed account of his recent bull fighting activities in Spain and a suggestion of his early decision to write his first novel, The Sun Also Rises sold for $25,075.
•    First edition of Jonathan Swift’s Gulliver's Travels, Teerink's "A" edition, one of the greatest satirical fables of the 18th century, sold for $21,325.