World Auction Record for “Origin of Species” at Hindman Auctions 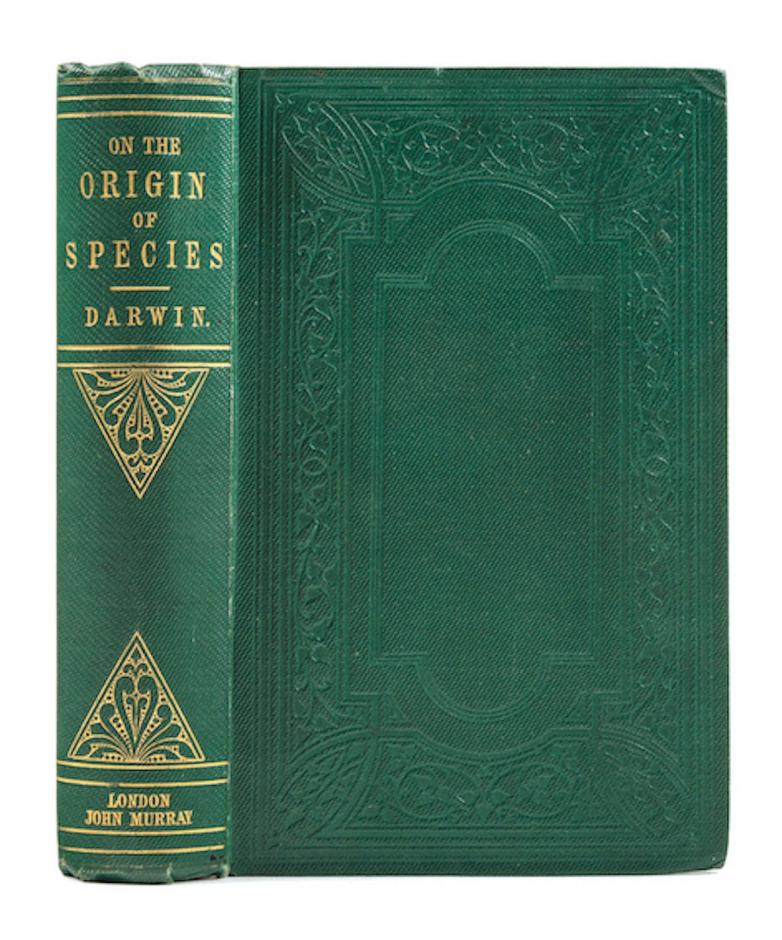 The top lot of the sale, Charles Darwin’s On the Origin of Species set a world auction record for a first edition of Darwin’s landmark work. Realizing $564,500, the superb Garden Copy, previously owned by American philanthropist Paul Mellon (1907–1999), sold for more than double the presale estimate of $120,000- $180,000.

Also exceeding presale estimates, Harry Potter and the Philosopher's Stone by J.K. Rowling brought $150,000 against a presale estimate of $80,000 - $120,000. The exceptionally fine copy of a signed first edition achieved the second highest price ever at auction for Rowling’s work. Other highlights from the auction include Adam Smith’s An Inquiry into the Nature and Causes of the Wealth of Nations, which realized $112,500 against a presale estimate of $70,000 - $90,000 and Isaac Newtown’s Philosophiae naturalis principia mathematica, which sold for $212,500.

Gretchen Hause, Director of Fine Books and Manuscripts: “Active bidding across all channels combined to energize the room and the strong prices realized reinforce the strength of the market for fine copies of the most significant works in a variety of collecting fields. We are thrilled with today’s exceptional results, setting a record sale total for the department.”