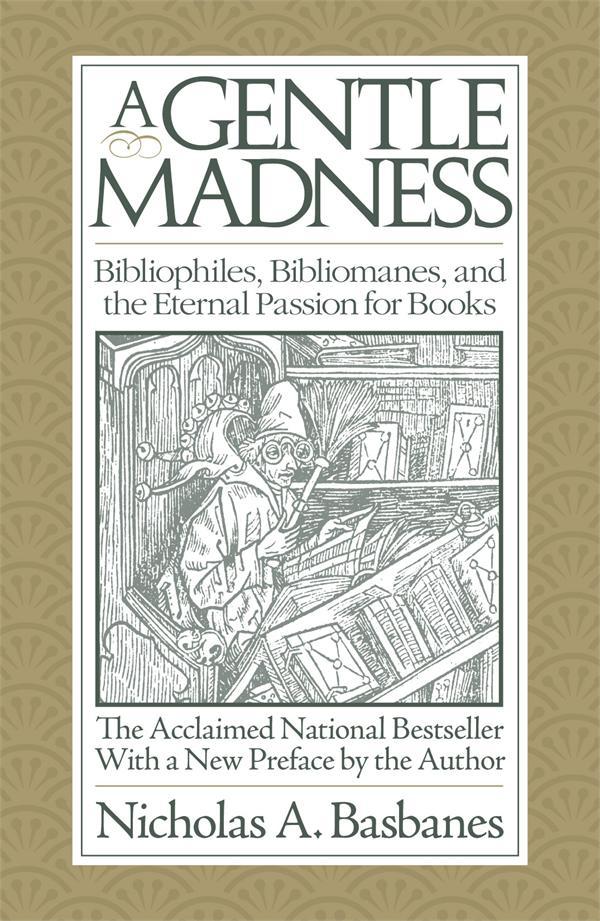 The latest edition of A Gentle Madness.

College Station, TX -- The Texas A&M University Libraries are pleased to announce an upcoming exhibition: The Eternal Passion: Nicholas A. Basbanes and the Making of A Gentle Madness. The exhibit will open March 19 at Cushing Memorial Library and Archives, and will run until Aug. 14. Nicholas A. Basbanes is an award-winning investigative journalist, columnist and author of 10 books, including Cross of Snow: A Life of Henry Wadsworth Longfellow (Knopf, 2020) which will be released in June. Basbanes’ extensive archives and professional library were acquired by Texas A&M University in 2015.

Basbanes’ first book, A Gentle Madness, is a genre-defining work about the culture of book collecting. Since 1995, it has captured readers’ imaginations with chronicles of the well-known bibliophiles and bibliomanes of history. “The characters who populate this book are almost larger-than-life,” Libraries Curator Kevin O’Sullivan said. “Their adventures in book collecting are at times astounding, heartbreaking, or just stranger than fiction.”

The exhibit will showcase manuscripts, correspondence, artifacts and books to tell the story of the authorship and publication of A Gentle Madness. “As a whole, A Gentle Madness is an enchanting book about books,” O’Sullivan said. “But the tale of how it was researched and written - the labor of love that produced this work we now know so well - is just as compelling.”

In honor of the book’s 25th anniversary, the Libraries will host a symposium in conjunction with the exhibit opening, which will explore the legacy of A Gentle Madness. The symposium will begin at 3 p.m. in the Mayo Thomas Room at Cushing Library, and the exhibit will be open afterwards. Basbanes will be present to offer his reflections upon the work, and there will be a panel of three experts representing the book’s primary constituents: the bookseller, book collector and librarian. The speakers will include Rebecca Romney (Co-Founder, Type Punch Matrix Rare Books), Kurt Zimmerman (President, Book Hunters Club of Houston) and O’Sullivan. The symposium and exhibition are free and open to the public.

For more information about this exhibition or the Nicholas A. Basbanes Collection, please contact Kevin O’Sullivan at kmosullivan@library.tamu.edu.