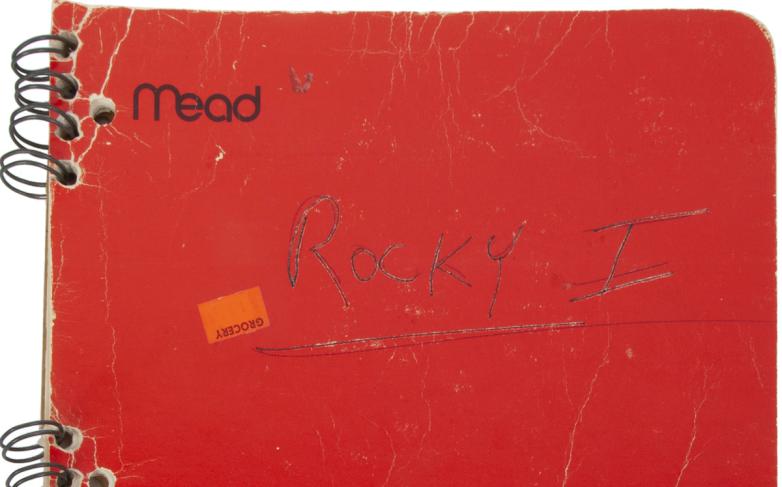 Los Angeles — Julien’s Auctions closed out its auction season on Sunday, December 5th, 2021 with their year-end grand finale presentation of Property from The Life and Career of Sylvester Stallone, featuring the international superstar and the Golden Globe Award-winning and Academy Award-nominated actor, screenwriter, fitness icon, author, artist and director’s most cherished treasures from his singular life and career. Hundreds of bidders, collectors and fans across the globe participated in person, on the phone and online live in Beverly Hills and at juliensauctions.com to vie for nearly 500 sensational items from Sylvester Stallone’s personal collection of costumes, movie props, and memorabilia from his most iconic films–the Rocky and Rambo movie franchises, Cliffhanger, Demolition Man, The Specialist, Assassins, Escape Plan, Cop Land, and The Expendables–as well as awards, fine jewelry, furniture, and other gentlemen’s luxury items. 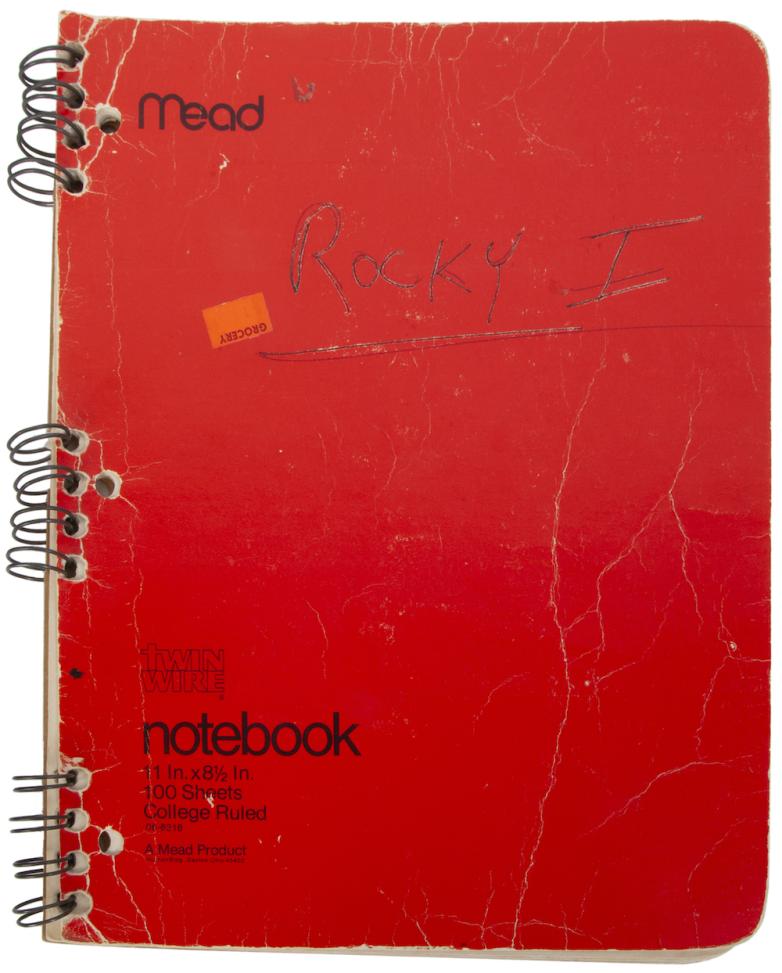 One of the highly anticipated moments of the auction was the sale of a vintage, 1970s era Mead brand spiral-bound notebook containing Sylvester Stallone’s original handwritten script pages for what would become the classic Oscar Award winning 1976 “Best Picture” film Rocky. The rare one-of-a-kind manuscript filled with Stallone's early and original plot details, scene specifications, and dialogue and character development concepts (some of which have never been revealed) for his breakthrough starring role as underdog boxer, Rocky Balboa, who would rise up to be the world heavyweight champion, sold for a knockout $437,500, over eight times its original estimate of $50,000. The movie masterpiece launched Stallone’s career as a global superstar and pop culture icon and went on to become one of the most successful film franchises of all time, spawning seven sequel and spin-off films, with an eighth yet to be released.

The sale of the film legend’s silk boxing trunks emblazoned with the American flag from the 1982 third installment of the film series, Rocky III, had the eye of the tiger, selling for an incredible $200,000, twenty times its original estimate of $10,000. The iconic trunks were worn by Stallone in the final boxing match of the film in which Rocky triumphs over Mr. T as Clubber Lang and retakes the title of Heavyweight Champion of the World. Another auction stunner was the appearance of a Rocky original artwork featuring a mounted blown-up movie still photograph from Rocky hand-embellished in acrylic and signed by Sylvester Stallone that sold for an astonishing $112,500, fifty-six times its original estimate.

Other standouts from the auction include (with winning bids):
•    Stallone’s original handwritten screenplay pages from the Rocky sequels including the 1985 boxing sequel Rocky IV ($89,600), 1982’s Rocky III ($64,000), 1979’s Rocky II ($51,200) and the 2006 sequel Rocky Balboa ($18,750);
•    Nike brand yellow leather boxing boots worn by Stallone ($62,500) and Nike brand white leather boxing boots custom-made for Stallone, both from Rocky III ($43,750);
•    Stallone’s pair of red Tuf-Wear brand boxing gloves from Rocky III ($32,000);
•    Black Everlast brand boxing gloves signed by Sylvester Stallone ($19,200) and Everlast boxing gloves worn by Stallone as Rocky ($16,000), both pairs from the fifth installment of the series, Rocky Balboa;
•    A Luminor Panerai PVD Marina Militaire 5218-202/A wristwatch worn by Stallone in the fourth installment Rambo ($57,600);
•    A life-size, display figure costume designed by Gianni Versace of the character "Judge Dredd" played by Stallone ($34,375) made for exhibition purposes at Planet Hollywood (which Stallone was a founding partner in) restaurant locations and the prototype helmet also designed by Gianni Versace for Stallone in the film Judge Dredd ($11,250);
•    A limited edition (1 of 5) first draft of the script for Rocky custom produced by Stallone ($28,800);
•    A “Gold” record award presented to Stallone for the sale of more than 500,000 copies of the soundtrack to Rocky ($21,875);
•    Items from the The Expendables film series including, a photo-matched Pendleton brand wool coat ($11,250), a Luminor Panerai 1950 Regatta Rattrapante wristwatch worn by Stallone in his role as Barney Ross ($19,200), a large original acrylic on canvas painting executed as a prototype poster design for The Expendables 2 ($11,250) and more;
•    A binder containing prints of storyboard scenes created by Thomas J. Wright, with notes by Stallone, from Rocky II ($19,200);
•    An acrylic shadowbox display commemorating the final scene from Rocky III which was displayed in Stallone’s bedroom ($22,400);
•    Original artwork hand-embellished in acrylic by Stallone and signed by Stallone of blown-up movie still photographs from Rocky such as, a scene depicting Rocky Balboa kissing his dog ($35,200), the iconic image of the boxer jogging on the street ($31,250) and a scene of Rocky punching slabs of meat hung on hooks ($25,000) –all of which sold well over their original estimate of $2,000 each;
•    Items from the Creed film series including Sylvester Stallone’s original handwritten screenplay for what would become Creed ($16,000), wool fedora hat from the 2015 original film ($10,240), leather jacket and two pairs of Converse brand tennis shoes ($12,800) from Creed II, Hollister brand cardigan from the sequel ($11,520) and more;
•    A bronze sculpture, depicting the forearms of Stallone as Rocky Balboa, designed and produced by Stallone ($10,240);
•    An original life-sized assemblage sculpture of Rocky Balboa created by artist Leo Sewell ($11,520);
•    An axe handle from the film F.I.S.T. signed by cast members - including Stallone, who played Johnny Kovak ($11,520);
•    A rubber stunt mask prop in the image of Stallone as John Rambo from Rambo: Last Blood ($10,000) and more.