The late Stanley J. Seeger (1930-2011) was one of the 20th century’s greatest collectors—a perfectionist, who assembled world class collections of art, books, pottery and manuscripts. He also amassed, with a single-minded passion over the course of 50 years, the greatest private collection of first editions, inscribed works, manuscripts, letters and annotated proofs by the celebrated author Joseph Conrad. Sotheby’s London is honoured to offer these rare and important works from Stanley J. Seeger’s celebrated Library in two sales—the first of which will take place on July 10th 2013.

The centrepiece of the collection is the autograph working manuscript of Typhoon, one of Conrad’s greatest stories of the sea and the most important Conrad manuscript remaining in private hands, which is estimated to realise £300,000-500,000*.

Peter Selley, Sotheby’s Senior Director, Senior Specialist, Books & Manuscripts, commented: “This is the greatest single author collection pertaining to a modern writer to come to auction within living memory. The collection has been quietly but assiduously assembled with great care and devotion—typical of the late Mr Seeger—over a period of many decades. I have been lucky enough to have been involved in some small degree at various stages of this during my professional career, but now, seeing the library entire for the first time, can truly appreciate the extraordinary depth and range of this collection, encompassing not only the sole remaining working autograph manuscripts by Conrad in private hands but a series of outstanding presentation and association copies, annotated proofs and rare editions.

“Conrad has been translated into over 40 languages and it is difficult to overstate his formative influence on Modern Literature and the writers, poets, cinematographers and intellectuals who followed him. His masterly use of narration, for instance, gave F. Scott Fitzgerald the idea of using Nick Carraway as the first person narrator of The Great Gatsby. He is probably England’s greatest political novelist, and the first writer to deal with the problems of terrorism and counter espionage in a modern novel (The Secret Agent). It is an enormous privilege to offer these rare treasures back to the market”.

Joseph Conrad left his homeland of Poland at the age of 16 to embark on a life at sea, chiefly in the British mercantile marine. His adventures on his many voyages-during which he rose through the ranks from third mate to Captain-included gun-running expeditions, storms, being shipwrecked and a formative journey to the Congo Free State. After a 20-year career he settled in England and from 1895 embarked on a literary career of great intensity and quality, producing a series of short stories, novellas and novels in English of great descriptive power, constantly examining man’s confrontation with the natural elements, his fellow man, and his own fundamental isolation.

In one sense Conrad’s works are built upon the traditional literature of the sea reflecting Britain’s rich maritime heritage across the centuries: his stories, with their diverse and exotic locations, pay tribute, in his own words, to “the imperishable sea, to the ships that are no more, and to the simple men who have had their day” (Author’s Note to The Mirror of the Sea). But his works are simultaneously pioneering works of modernist fiction, initiating new narrative structures, and offering profound imaginative critiques of the politics of colonialism, imperialism and the emerging forces of terrorism and counter-espionage at the dawn of the twentieth century. Conrad’s major phase as a writer was between 1897 and 1911 and includes such works as The Nigger of The Narcissus, Youth, Lord Jim, Heart of Darkness, Typhoon, Nostromo, The Secret Agent, The Secret Sharer and Under Western Eyes.

Highlights of the Sale

The centrepiece of the collection is the autograph draft manuscript of Typhoon (est. £300,000-500,000), which is replete with evidence of the author’s imagination at work. Conrad’s revisions to nearly every page--copious additions and corrections--reveal his struggle to find adequate expression for his tale of man’s confrontation with the pitiless ferocity of the sea. Typhoon has a clarity and formal simplicity unique among Conrad’s shorter fictions and taken with the accompanying corrected typescript, which was produced simultaneously; these are the witnesses to the development of one of Conrad’s greatest tales.

The partial typescript of one of Conrad’s most powerful short stories, Falk, (1919) containing substantial autograph revisions and corrections to all but one page, is estimated to realise £30,000-50,000. The eponymous Falk is a tugboat captain who makes the gruesome confession to the narrator that “I have eaten man”. Starving on a stranded ship, he had killed and eaten other members of the crew to survive. In 1919, upon finding this 60-page typescript, Conrad reflected, “I myself was surprised to see what a lot of work I put into that story”.

A letter by Conrad discussing his most famous and resonant work Heart of Darkness (the basis for Francis Ford Coppola’s Vietnam film Apocalypse Now), provides a fascinating analysis of the character of Kurtz and is estimated to realise £25,00-£35,000. The letter, written to written to Elsie Hueffer, the wife of Conrad’s collaborator Ford Herman Hueffer (later Ford Madox Ford), responds in detail to her criticisms of the work. Conrad explains “What I distinctly admit is the fault of having made Kurtz too symbolic or rather symbolic at all...”

The Collection contains a number of significant presentation copies of Conrad’s first editions which offer revealing insights into his relationships with other literary figures and characters in his private life.

An exceptional Conrad association copy of the first edition of The Mirror of the Sea (1906) inscribed to the author Henry James, provides an important historical link to another of the great novelists of the Edwardian era. This extremely rare book, estimated at £15,000-20,000 is the first inscribed by Conrad to James to be offered at auction in over 30 years and contains a long dedicatory note in French. The book, the only one by Conrad devoted solely to the sea, as well as his first volume of autobiography, contains a number of essays on sea life.

A major presentation copy of The Shadow Line. A Confession (est. £7,000- 10,000) was inscribed by Conrad to the French author, André Gide in March 1917, its month of publication. Conrad referred to Gide as “Master and Friend” and they corresponded regularly and exchanged editions of their works, sharing professional and personal news. Gide took a great interest in Conrad’s reception in France and translated Typhoon into French. This manuscript translation is also offered in the sale with an estimate of £6,000-8,000.

A magnificent association copy of Almayer’s Folly. A Story of an Eastern River (1895), inscribed by Conrad to his last captain, W.H. Cope, is expected to achieve £8,000-12,000. Captain Cope was the “whiskered, stout old captain” of the Torrens, the ship on which Conrad executed his last duties as a sailor as Chief Officer from 1891-92. It was during this voyage that the author worked on this, his “first attempt at writing”.

The corrected page proofs of Nostromo: A tale of the Seaboard, presented by Conrad to his literary agent J.B. Pinker is estimate d at £20,000-30,000. Dating from August to September 1904,and with autograph amendations, this is assumed to be the only surviving set of page-proofs for the first setting of the text and presents the earlier version of the novel’s ending (...”the invincible genius of the magnificent Capataz de Cardagores denominated *sic+ the gulf.”)

Joseph Conrad’s work inspired and influenced many 20th century writers. Sylvia Plath’s copy of Lord Jim, bearing her signed bookplate and extensively under lined with numerous annotations is offered at £6,000-8,000. Her husband, the poet Ted Hughes, has made an additional annotation explaining: “I read the novel, this copy, aloud to Sylvia, in the evenings, while she was making her rag rug-1962” (the year before she died). Plath’s own comments in Lord Jim show her constant and enquiring attentiveness as she reads. She underlined Conrad’s comment in the author’s note about “thinking it over for something like sixteen years” and added “never commit yourself hastily, I always say!”

FOR MORE NEWS FROM SOTHEBY’S

Sotheby’s has been uniting collectors with world-class works of art since 1744. Sotheby’s became the first international auction house when it expanded from London to New York (1955), the first to conduct sales in Hong Kong (1973) and France (2001), and the first international fine art auction house in China (2012). Today, Sotheby’s presents auctions in eight different salesrooms, including New York, London, Hong Kong and Paris, and Sotheby’s BidNow program allows visitors to view all auctions live online and place bids in real-time from anywhere in the world. Sotheby’s offers collectors the resources of Sotheby’s Financial Services, the world’s only full-service art financing company, as well as private sale opportunities in more than 70 categories, including S |2, the gallery arm of Sotheby’s Contemporary Art department, as well as Sotheby’s Diamonds and Sotheby’s Wine. Sotheby’s has a global network of 90 offices in 40 countries and is the oldest company listed on the New York Stock Exchange (BID).

END_OF_DOCUMENT_TOKEN_TO_BE_REPLACED 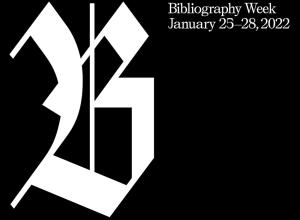