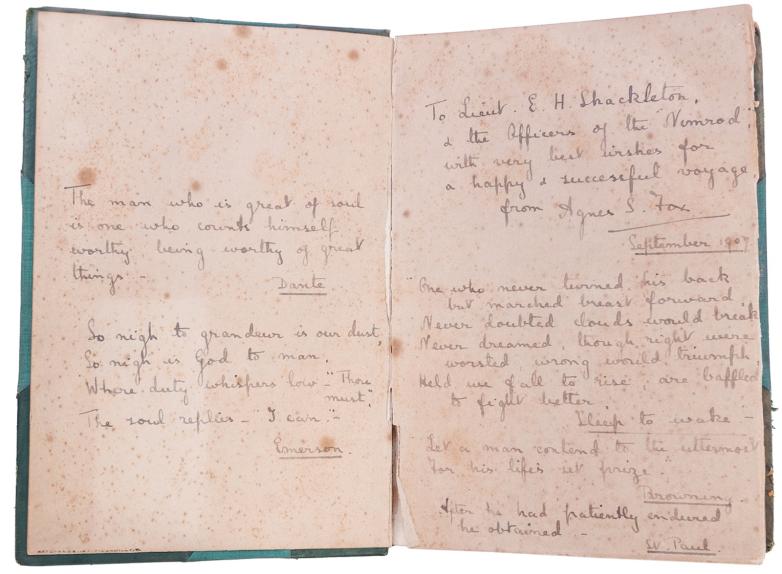 Outstanding books and ephemera with direct ties to notable adventurers took several of the top lot slots at this important sale. 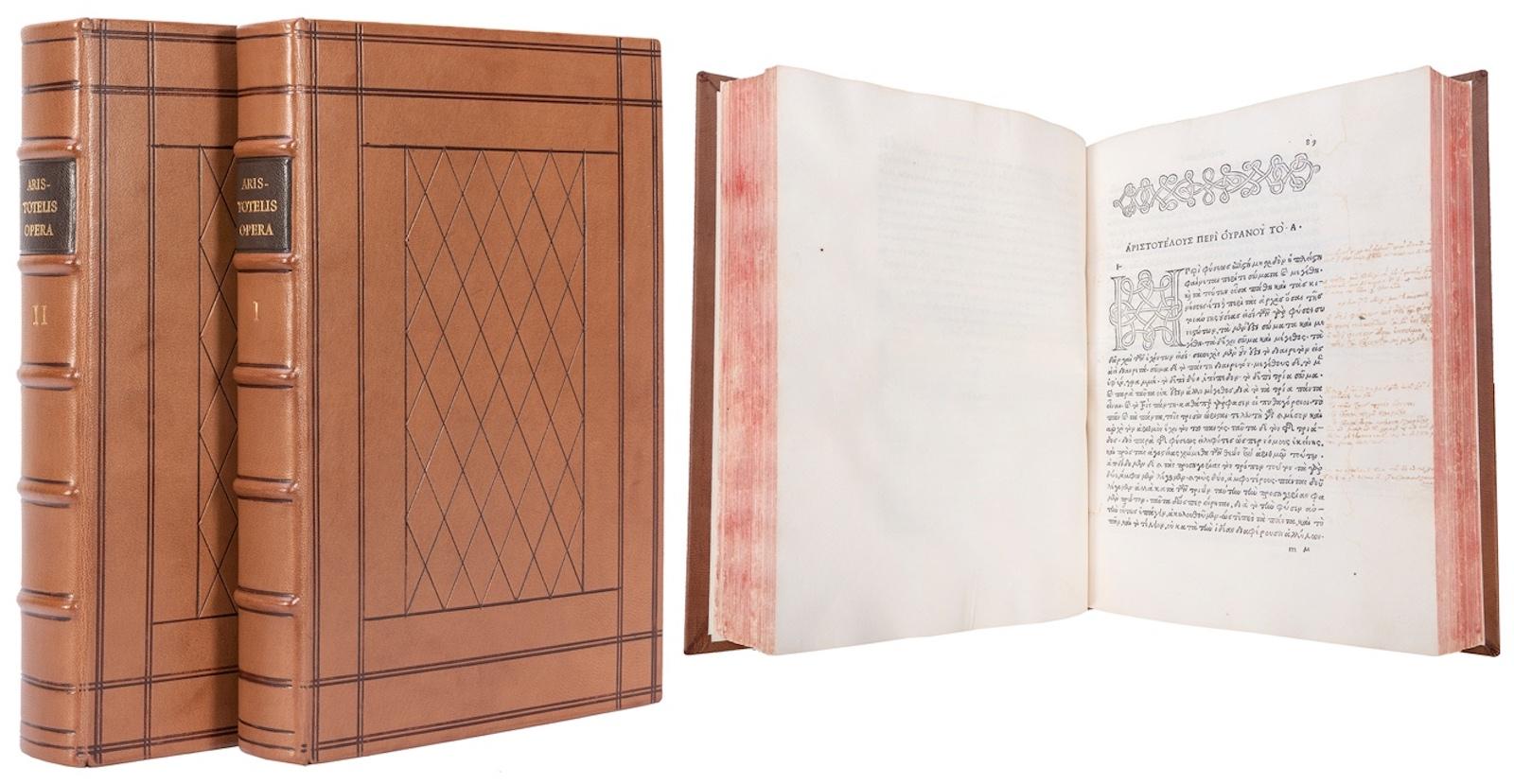 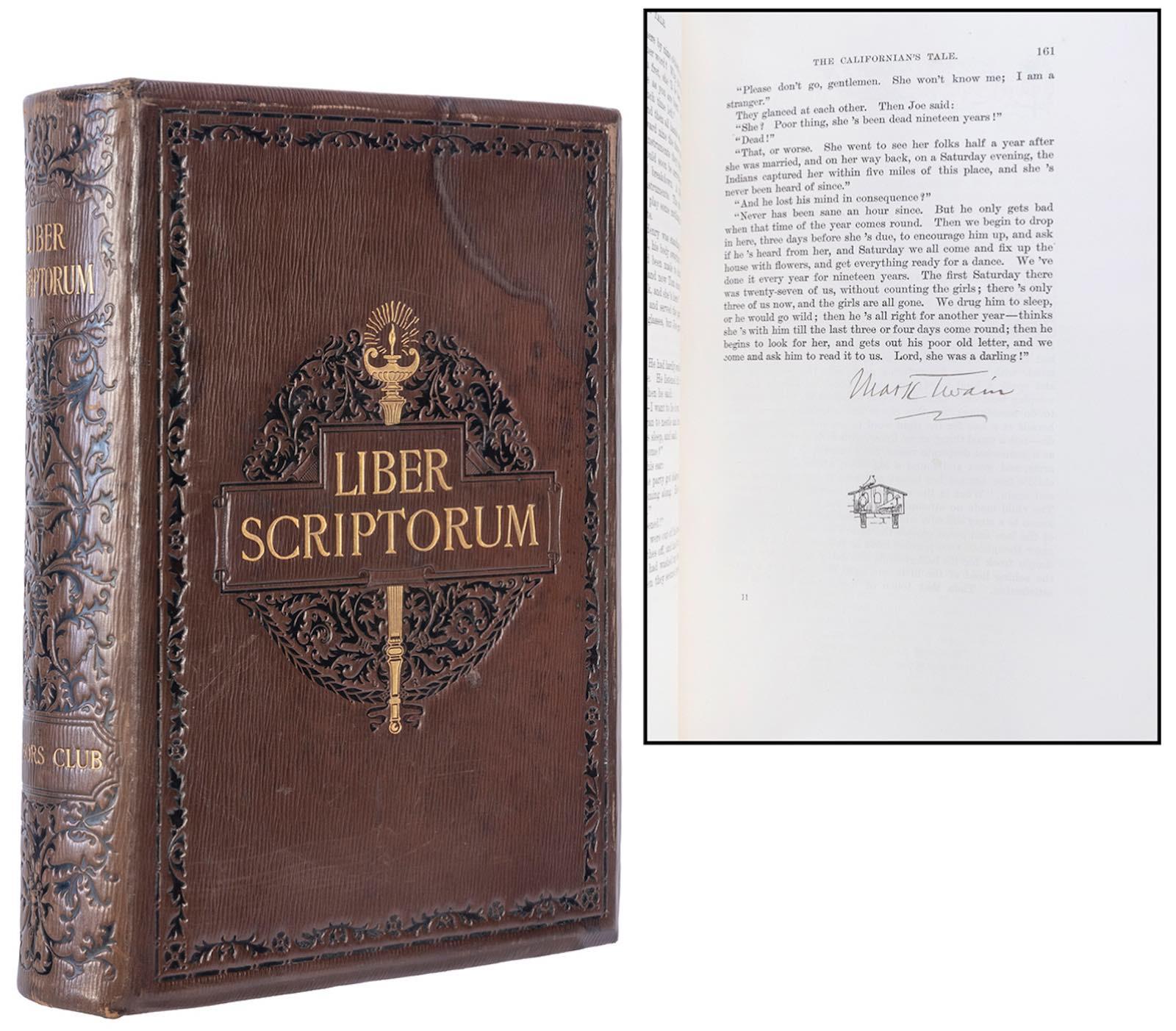 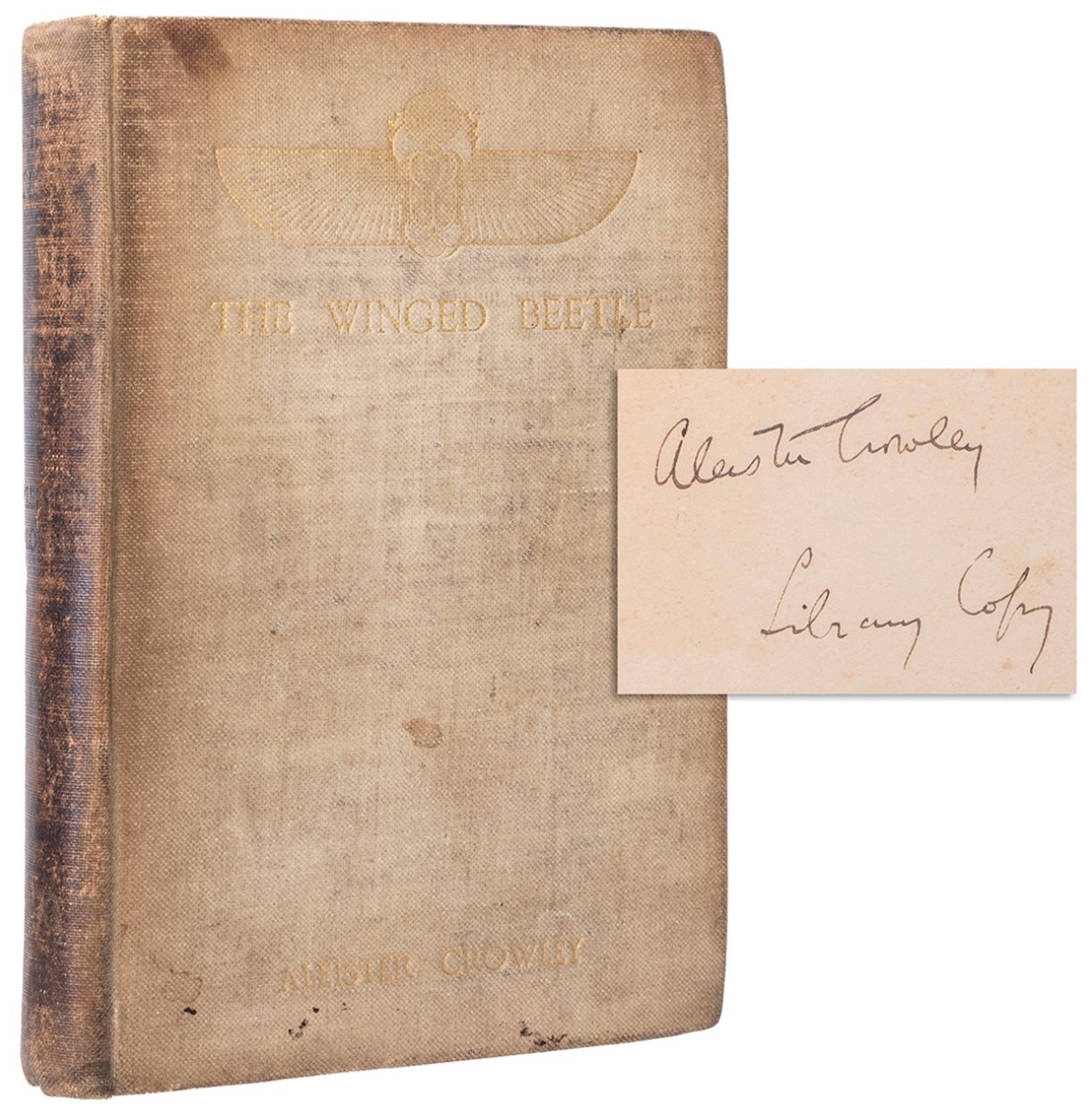 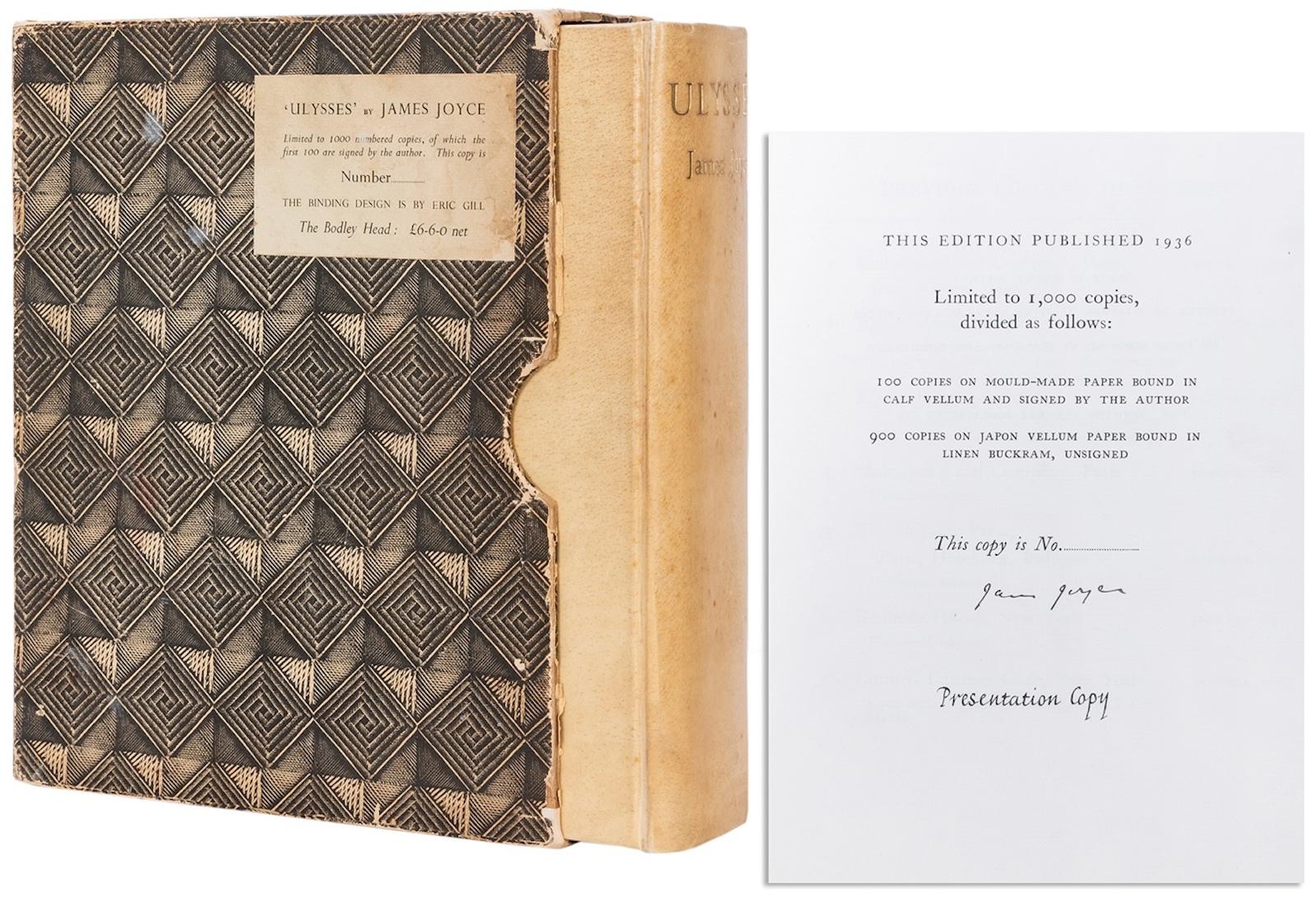 •    Lot #43, a real photograph postcard signed by Shackleton, was estimated at $1,500-2,500 and realized an astonishing $16,800. This unused, glossy postcard depicted a three–quarter view portrait of the explorer in formal attire and was signed “E.H. Shackleton.” This image was taken in London by John Thomson and John Newlands in 1908.

•    Lot #101, two first edition stitched pamphlets concerning anti-slavery and women's rights, was estimated at $300-500 and realized $15,600. They were written by Sarah Moore Grimké, (1792–1873) and Angelina (1805–1879) and titled An Address to Free Colored Americans and An Appeal to the Women of the Nominally Free States. Both were published in New York by William S. Dorr in 1837. These were presented at the first Anti–Slavery Convention of American Women which met in NYC. The attendees were 175 women from ten different states. They represented 20 female antislavery groups who met to discuss their role in the American abolition movement.

•    Lot #26, an early edition of Jack London's (1876-1916) The Call of the Wild, delivered $13,200. It was published in New York by The Macmillan Co. in 1905. This example was inscribed by London presumably to the political activist Emma Goldman (1869–1940): “Dear Emma– never mind the new San Francisco; here’s to the new library. Affectionately yours, Jack London. Glen Ellen, Calif. June 15, 1906." The inscription references the aftermath of the 1906 San Francisco earthquake that destroyed most of the city, including the Cecil H. Green Library at Stanford University.

•    Lot #365, a first edition, limited issue copy of Liber Scriptorum, was estimated at $10,000-15,000 and traded hands at $43,200.  It was printed in New York by the De Vinne Press for the Authors Club in 1893 and was number 124 of 251 copies produced. It consisted of original essays, stories, or poems contributed by 109 key writers of the era, including Mark Twain, Theodore Roosevelt, and Andrew Carnegie. Each author signed every edition, including this example. The Author’s Club was organized in 1882 for “the promotion of social intercourse among authors”.

This event rounded out with a spectrum of other noteworthy publications, including ancient literature and examples with extraordinary bindings or illustrations.

•    Lot #272, The Poems of William Shakespeare (1564–1616), was estimated at $12,000-15,000 and realized $16,800. This book was published in Hammersmith by William Morris for the Kelmscott Press in 1893. This exquisite example was bound in leather and elaborately decorated with pontillé design gilt, tan levant endpapers, hand marbled endpapers, and top edge gilt. It included its original full green niger folding box decorated with matching Art Nouveau lettering.

•    Lot #121, John James Audubon's (1785–1851) The Birds of America, from Drawings Made in the United States and Their Territories, soared to $36,000. This eight volume collection was published in New York by George R. Lockwood in 1870 and included 500 hand-colored lithograph plates.

According to Christopher Brink, Potter & Potter Auctions' Director of Fine Books and Manuscripts, "This sale proved that even when the market is in the dumps, books still remain supreme. We not only achieved many auction records but even several retail records. We continue to be one of the leaders in the market with strong prices in many major categories that include Americana, Exploration and Polar, and even Mark Twain. This year, our Book Department has grossed over $2.5m in total sales spanning just three major book auctions. Next year, we plan on doubling this goal with six major book sales covering multiple categories."