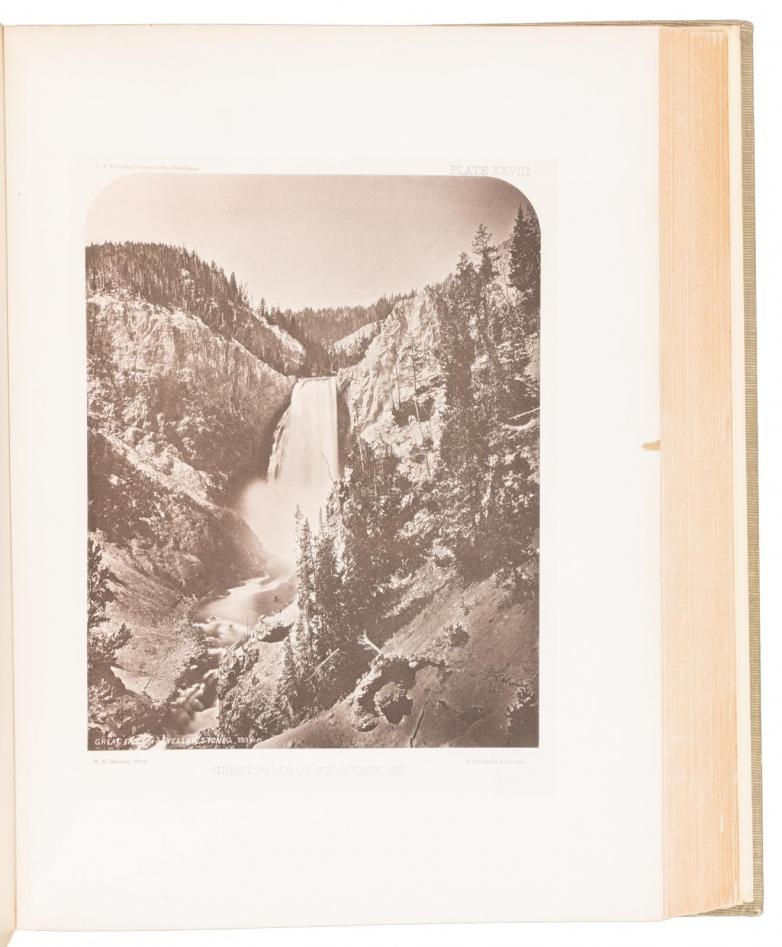 The only known complete set of Yellowstone albertypes taken by William Henry Jackson, circa 1874, which influenced the US Congress to designate Yellowstone the first national park in the world. Estimate: $20,000-30,000.

The Journal of the French Academy of Sciences announced the new medium in 1839.  This announcement is among the many high points in the collection, which also includes paper negatives; one of only four known examples of the earliest paper photograph of Charles Darwin (1854); an album of over 100 photographs of a tsarist estate in Russia c. 1895; an extremely rare first edition, first issue of Man Ray´s first book of photos; and the only known complete set of Yellowstone Albertypes taken by William Henry Jackson, which influenced the US Congress to designate Yellowstone the first national park in the world.

According to the collection´s owner, Robert Enteen, “The photographs in this museum-quality collection are notable not only because there are many exquisite images, but also because they have historical significance. One can see transitions in photographic technology, materials, and styles, as well as the medium’s enormous influence in medicine and science, the arts, politics, education, travel and ethnology, history, architecture, religion, and other fields of human endeavor.

Dr. Enteen, originally from NewYork City, has been collecting antiques, rare books and prints for over 50 years. His photography collection began at a flea market in Paris in 2013, when he acquired a large group of early photographs by Adolphe Braun. Subsequently, he added to his growing collection in Italy, Spain, Germany, Turkey, and the United Kingdom. He has intensively studied the field of early photography, which helped him curate this comprehensive collection.

Bruce MacMakin, Executive Vice President of PBA Galleries, notes that, “The Enteen Collection is among the largest private collections of early photography ever placed in auction. It includes European, American, Asian and African works by most of the great photographers. In my experience, it comes closest to an American version of Sotheby’s celebrated Paris auction of the Thérèse and André Jammes collection.”

PBA Galleries, which has been a leading San Francisco auctioneer and appraiser, has been in business for over 60 years. They are currently located in Berkeley, CA. The auction catalogue can be viewed at:
https://www.pbagalleries.com/view-auctions/catalog/id/513/