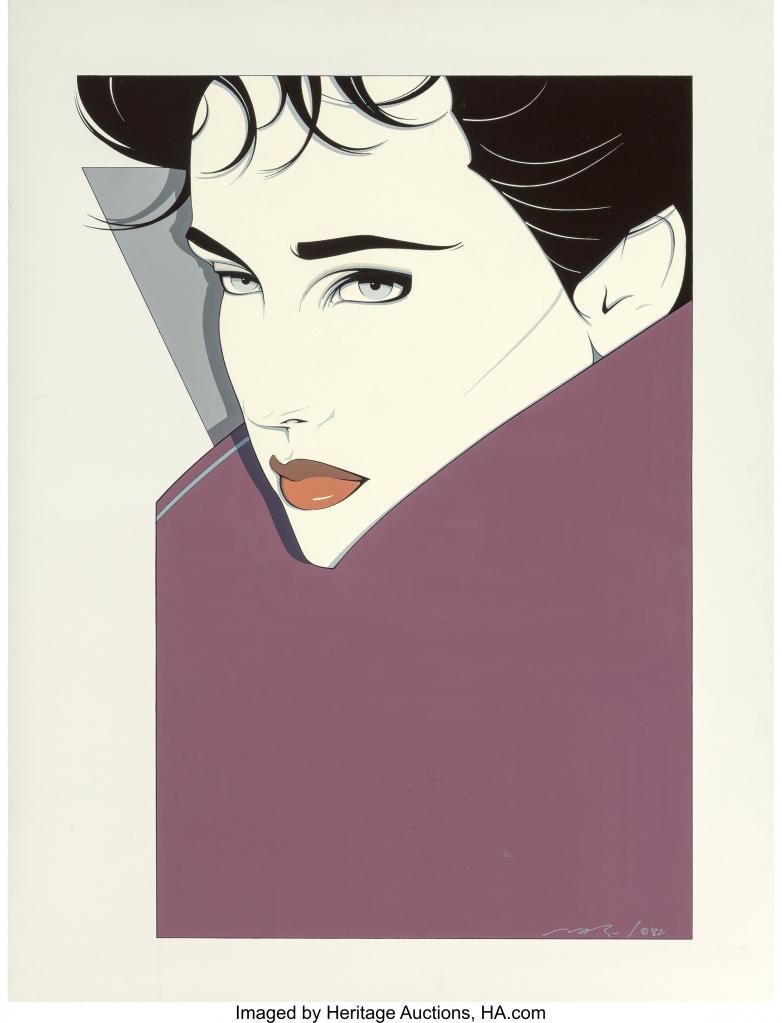 “Patrick Nagel was an enormously successful artist whose popularity is as high as ever,” Heritage Auctions Senior Vice President Ed Jaster said. “His work has been popular in pop culture and advertising for decades, making it no surprise that the demand led to such an impressive result.”

The sale’s top lot soared past its pre-auction estimate of $60,000-80,000, and captures the artist’s signature style of images of beautiful women, often depicted with dark hair and eyebrows and dark or bright red lips. The style captures the roots of early 20th-century graphic design, and has been utilized extensively in fashion and music, including on the cover of Duran Duran’s Rio album.

Also climbing past its pre-auction estimates was Gil Elvgren Neat Trick, 1953, which found a new home at $52,500. The painting was reproduced as figure 320 in Gil Elvgren All His Glamorous American Pin-Ups by Charles G. Martignette and Louis K. Meisel (Taschen, 1999), and was accompanied in the auction by an original 1969 calendar.

Enoch Bolles Dancer, Breezy Stories magazine cover, August 1935 led a strong selection of pinup art when it closed at $42,500. From the sale’s Sordoni Collection, the oil on canvas is initialed lower left.

Heritage Auctions’ next Illustration Art Auction is scheduled for Oct. 16.