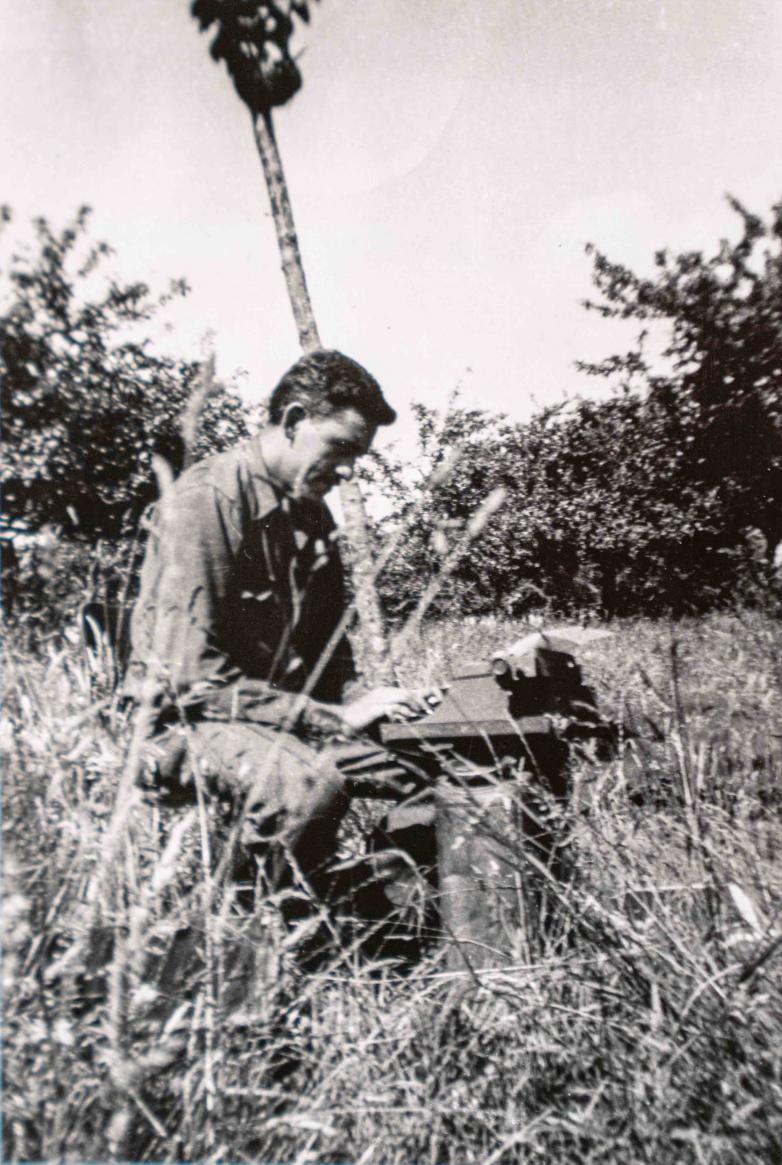 Courtesy of the NYPL

New York — The New York Public Library will present a rare glimpse into the life and work of author J.D. Salinger with an exhibition of manuscripts, letters, photographs, books, and personal effects drawn exclusively from the novelist’s archive. This will be the first time these items – on loan from the J.D. Salinger Literary Trust – have ever been shared with the public.

The exhibition, entitled simply J.D. Salinger, is organized by Salinger’s son Matt Salinger and widow Colleen Salinger with Declan Kiely, Director of Special Collections and Exhibitions at the Library. The free exhibition coincides with the centennial of J.D. Salinger’s birth, and will be on display October 18, 2019 through January 19, 2020 in the Sue and Edgar Wachenheim III Gallery at the Stephen A. Schwarzman Building.

The exhibition will feature more than 200 items spanning Salinger’s life, including:

•    The original typescript of The Catcher in the Rye, revised by the author, as well as the revised galley proofs of the novel
•    The original typescripts of some of Salinger's shorter fiction, including “Franny” and “Zooey”
•    An original pencil portrait by E. Michael Mitchell, who made the original cover design for The Catcher in the Rye
•    Family photographs from J.D. Salinger’s childhood, youth, and later life, including photographs from his World War II service, and time as entertainment director on the cruise ship MS Kungsholm in 1941
•    Correspondence between J.D. Salinger’s friends, fellow soldiers, and authors and editors, including William Shawn, William Maxwell, and Ernest Hemingway
•    A bookcase from his bedroom filled with books from his personal library
•    Items from his childhood, including a bowl he meticulously made at summer camp when he was about 10 years old (and kept his whole life)
•    Notebooks, passports, honorable discharge papers from the army in which he identified his civilian occupation as “Playwright, Author,” and personal artifacts such as his pipes, eyeglasses and wrist watch
•    One of the author’s two typewriters, his film projector, and numerous other personal effects

The exhibition also includes a description of J.D. Salinger’s life and profession written by Salinger himself, a rare glimpse into how Salinger viewed himself. The description was written as part of a 1982 legal document. The description reads, in part:

“I am a professional short-story writer and novelist. I write fiction and only fiction. For more than thirty years, I have lived and done my work in rural New Hampshire. I was married here and my two children were raised here. . . . I have been writing fiction rather passionately, singlemindedly, perhaps insatiably, since I was fifteen or so . . . I positively rejoice to imagine that, sooner or later, the finished product safely goes to the ideal private reader, alive or dead or yet unborn, male or female or possibly neither.”

"Generations of readers, including myself, have been captivated by the life-changing work of J.D. Salinger,” said New York Public Library President Anthony W. Marx. “As an institution that profoundly respects the cultural heritage of literature, works every day to spark a lifelong love of reading in our visitors, and encourages everyone to take a closer look at the world around them, The New York Public Library is excited and honored to present this unique look at the life of a writer who means so much to so many. We thank Matt Salinger for sharing a part of his father's important story."

"When my father’s long-time publisher, Little, Brown and Company, first approached me with plans for his Centennial year my immediate reaction was that he would not like the attention,” said Matt Salinger. “He was a famously private man who shared his work with millions, but his life and non-published thoughts with less than a handful of people, including me. But I’ve learned that while he may have only fathered two children there are a great, great many readers out there who have their own rather profound relationships with him, through his work, and who have long wanted an opportunity to get to know him better. The Library has given us this opportunity, and while it is but a glimpse into my father’s life, it is my hope that lifting the veil a bit with this exhibition will throw some light on the man I knew and loved that will be welcomed by many. In short, while I’ve long respected and honored (and zealously protected) his privacy, I also have come to see the value in sharing a direct and uninterpreted glimpse of his life with those readers who want it, and who want to mark his 100th year in some personal way. The show may also help introduce his fiction (beyond The Catcher in the Rye) to some new readers, as I agree with him: that the best way to get to know an author is to read his or her work!”

“This exhibition presents Salinger in his own words,” said Declan Kiely, New York Public Library Director of Special Collections and Exhibitions. “It provides fresh insight into his writing process, his views on the design and appearance of his books, his network of friendships with school and army buddies—some spanning over half a century—as well as with fellow authors and New Yorker magazine editors. Through his letters, photographs and personal possessions, this exhibition allows us to see Salinger from childhood to old age, revealing many facets of the writer: friend, father, grandparent, soldier, correspondent, spiritual seeker and, importantly, avid and eclectic reader—we shouldn’t forget that, in his youth, Salinger spent many hours reading at the New York Public Library and retained a lifelong affection for the Rose Main Reading Room. Many  of the objects on view in the exhibition are intensely poignant, most of them speak to a deep commitment to the life of the mind.”