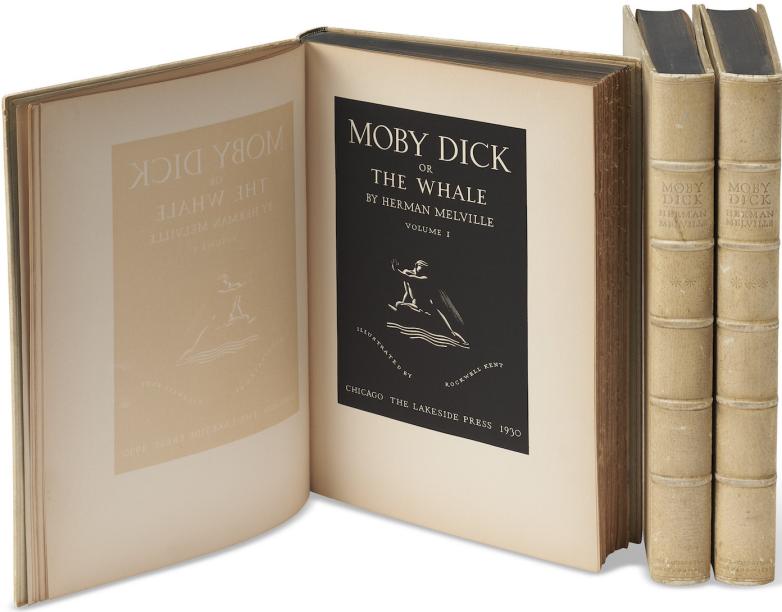 Illustrations For Moby Dick, by Rockwell Kent sold for $201,600.

New York – Christie’s continued its sales of the fabled private library of the most prominent antiquarian book dealer of his generation with the online sale of the Herman Melville Collection of William S. Reese (1 –14 September), which totaled $2,783,214, achieving 171% hammer price above the low estimate. The sale saw global participation, with buyers from five countries. First-time registrants accounted for 38% of bidders. The top lot of the sale, Dante’s Divine Comedy, heavily annotated by Melville and with his ownership signature, achieved $441,000 against a pre-sale estimate of $100,000-150,000.

Other notable highlights included an incredibly rare remainder issue of The Whale, as the London edition of Moby-Dick was titled, which realized $327,600, far eclipsing the previous auction record for a book by Herman Melville.  Another copy of The Whale, this one in the first issue and rare publisher's binding, fetched $302,400; Melville’s self-published volume of poetry, John Marr, made $302,400; Illustrations For Moby Dick, by Rockwell Kent realized $201,600; Battle-Pieces, inscribed by Melville, made $138,600; and the Doheny copy of Melville’s Clarel, achieved $107,1000.