Gone With the Wind Deluxe-bound Shooting Script up for Auction 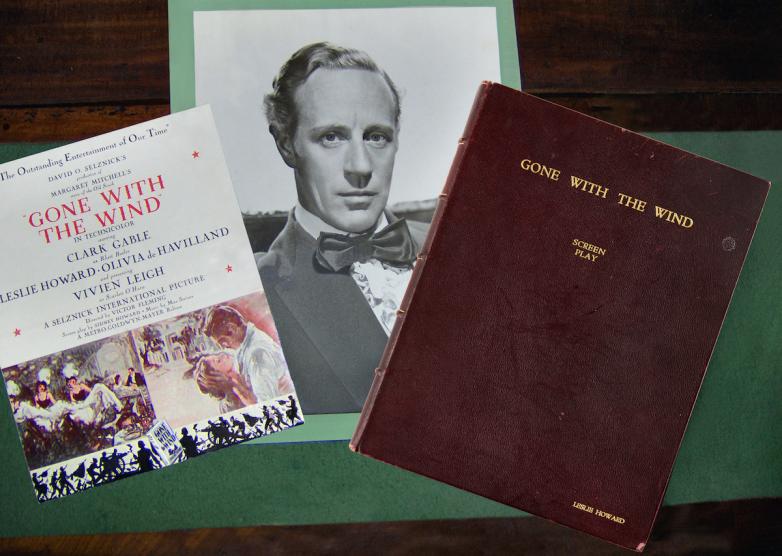 Following the film's Atlanta premiere on December 15, 1939—just in time for Christmas—Selznick personally inscribed and signed specially bound copies of the final GWTW shooting script and presented them to a certain number of cast, crew, and associates.

While most of these scripts were specially bound in maroon cloth and leather, a select handful of recipients—including stars Clark Gable, Vivien Leigh, Leslie Howard, and Olivia de Havilland—received deluxe full leather bindings. The script presented to Olivia de Havilland appeared at auction in 1997, where it achieved a $40,250 result; a year earlier, Clark Gable's deluxe script achieved the remarkable price of $244,500. An exceptional, one-of-a-kind star script from one of Hollywood’s iconic films. (Estimate: $15,000+)

A 1950 contract between Marilyn Monroe and 20th Century-Fox: Twice-signed sixteen-page document, dated May 12, 1950. The year 1950 was a momentous one for Monroe, whose briefly impressive turns in John Huston's The Asphalt Jungle and Joseph L. Mankiewicz's All About Eve caught the eye of numerous film executives. The 1951 films Love Nest and As Young as You Feel cast Monroe in supporting roles, with the latter serving as her first assignment under the newly amended Twentieth Century-Fox contract. An intriguing document signed by the fast emerging starlet. (Estimate: $8500+)

Also featured is a selection of rare pieces by fashion legend Alexander McQueen.

The Hollywood auction from RR Auction will conclude on December 16. For more information, go to www.rrauction.com.