Exceptional Literature Collection of Theodore B. Baum at Christie’s 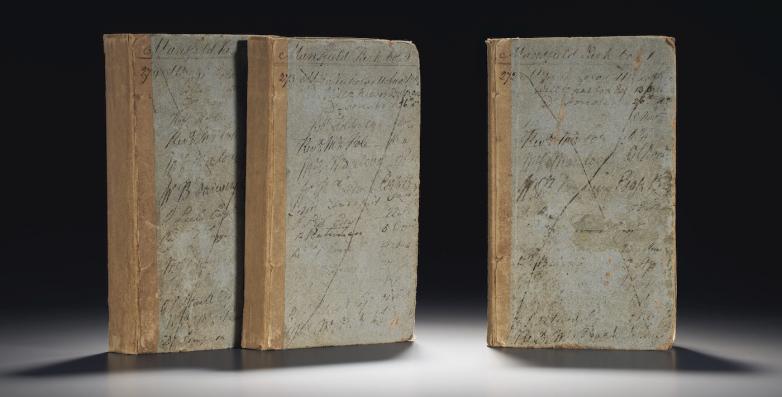 New York – Christie’s is pleased to announce The Exceptional Literature Collection of Theodore B. Baum, to be sold in two parts, live and online, this September. Mr. Baum’s library of literary first editions is among the finest ever assembled, built over the course of decades as he worked closely with top dealers and auction houses to locate the best copies of the most beloved books. The collection is particularly strong in works by English and American authors—from Edmund Spencer and John Milton in the 16th & 17th centuries through Jonathan Swift, Jane Austen, Charlotte Brontë, and Charles Dickens in the 18th & 19th centuries, all the way to Kurt Vonnegut, Toni Morrison, and much more in the 20th century. The collection will be previewed at Christie’s New York galleries from 9-13 September.

THE EXCEPTIONAL LITERATURE COLLECTION OF THEODORE B. BAUM: PART ONE | 14 SEPTEMBER

The Exceptional Literature Collection of Theodore B. Baum, Part One will take place at Christie’s New York as a live sale on 14 September. Beginning with European Literature to 1900, highlights include a wealth of Jane Austen, including the Kern copy of Mansfield Park in original boards from a lending library; Charlotte Brontë's Jane Eyre from the library of Katharine de Berkeley Parsons; the publisher's copy of Charles Dickens's Great Expectations; the Second and Fourth Folios of William Shakespeare; Mary Shelley's Frankenstein in original boards; and the Berland copy of Jonathan Swift's Gulliver's Travels. The sale selection of American literature to 1900, includes Edgar Allan Poe's The Raven in original wrappers and the first edition of Walt Whitman's Leaves of Grass.

The Exceptional Literature Collection of Theodore B. Baum, Part Two: The Twentieth Century will take place online from 2-17 September. Spanning from Sherwood Anderson and Isaac Asimov to Virginia Woolf and Richard Wright, highlights include first edition copies of T.S. Eliot's The Waste Land, superb in its original glassine; Dashiell Hammett's The Maltese Falcon and Red Harvest, the latter in the rare true first state dust jacket; fine selections of Hemingway, Fitzgerald, and Faulkner; rarities in dust jacket by Sinclair Lewis, including a copy of Main Street; the Bradley Martin copy of James Joyce's Ulysses, one of a hundred, signed; bright copies of titles by Virginia Woolf, including Night and Day, Mrs Dalloway and A Room of One's Own; and much more.