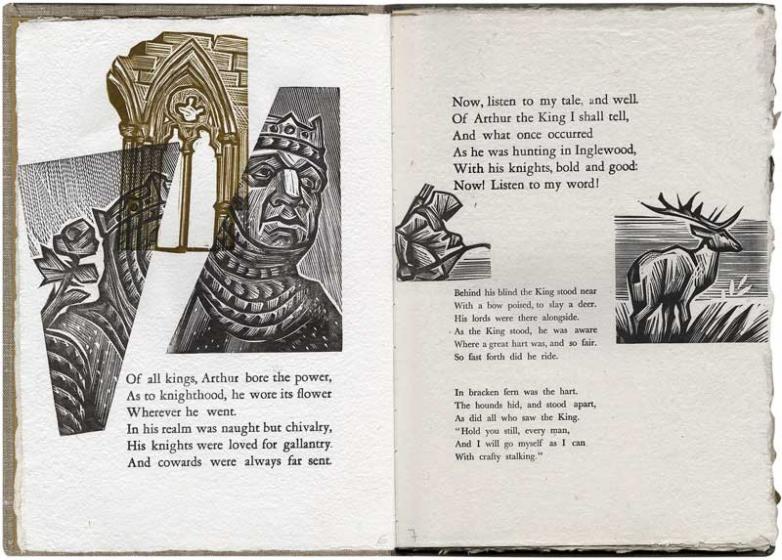 Norwood, NJ - Sterling Associates is known for its eclectic auctions of fine art, furniture, lighting and other quality collectibles sourced from tri-state-area estates. An integral part of Bergen County, New Jersey’s arts community for two generations, Sterling’s online-only sales are unique in that all goods may be previewed ahead of time at the company’s physical premises in Norwood. On March 20, the Sterling team will conduct its first spring 2019 event: a diverse 212-lot auction of fine art, jewelry and estate goods, with a spotlight section devoted to a unique collection of celebrity-signed ephemera and historical photographs. Internet live bidding will be available through LiveAuctioneers.com.

A most unusual auction entry is an autograph book that was part of an archive (estimate $1,200-$1,800) maintained in the 1950s by Edna May Stewart, head stewardess of the RMS Queen Mary. The book is a veritable who’s who of British and American celebrities who crossed the Atlantic on the legendary ship. They include The Duke and Duchess of Windsor, as well as movie stars and entertainers including Gregory Peck, Billie Holiday, Rita Hayworth, Alan Ladd, Diana Dors, Jayne Mansfield, and Harry Belafonte.

Most notable among the sports personalities who signed the book are members of the beloved “Busby Babes,” a group of talented young footballers who were recruited and coached by (Sir) Alexander Matthew “Matt” Busby to become the first-string players for the legendary Manchester United Football Club from the late 1940s through 1950s.

“The Busby Babes’ autographs are rare and historically important because eight of the players were tragically killed in the 1958 ‘Munich air disaster’ on their return home from a European Cup match in Belgrade, Yugoslavia (now Serbia),” said auction house owner Stephen D’Atri. “Among the autographs in the book are those of four players who were on the ill-fated flight, two of whom did not survive. A fifth autograph is that of manager Matt Busby. The Busby Babes have never been forgotten by the Manchester club and its fans, or by football fans all across Europe. In 2018, Manchester United held a public memorial service to mark 60 years since the air disaster and to honor those who had died.

While the autograph book is a unique and very special highlight of the sale, the bulk of the 221-lot auction is devoted to categories for which Sterling Associates has a well established following, like estate art. Several bronzes are worthy of note, including a Pierre Marius Montagne (1828-1879) work titled Rastender Merkur. Standing 19 inches high, it is estimated at $1,200-$1,500. Of larger size, a Henri Godet Art Nouveau bronze titled Le Reveil de L’Aurore measures 30in high, is signed “Godet” and could likely bring $3,000-$5,000.

Christopher S. Gerlach’s (b. 1952-) realistic landscape titled Morning on Lake Lagunitas depicts an old boathouse amid lush foliage, its image mirrored on the water. An accomplished oil-on-canvas created in 1987, the northern California regional artwork measures 60 by 84 inches and is estimated at $1,000-$2,000.

Exquisite sterling silver wares from distinguished estates include a Wallace 93-piece flatware service in the revered “Grande Baroque” pattern. Ornate and substantial, this formal silver service is presented in a Guildcraft chest and carries a pre-sale estimate of $2,200-$2,400.

A rare Rare Louis Vuitton ‘Malle Fleurs’ [Floral Trunk] miniature trunk, made in the 1930s, is stamped Louis Vuitton/Made in France on its inner leather strap and also bears a serial number. Stephen D’Atri explained that diminutive trunks of this type were “modeled after the monogram canvas ‘cabin’ trunk and were presented as gifts from Louis Vuitton to loyal customers.” It measures 11 inches wide by 4 3/8 inches high by 5½ inches deep and is estimated at $8,000-$10,000.

Two antique/vintage folk art lots to watch include carved and painted animals created in the manner of Felipe Archuleta (1910-1991). A 37-inch-tall bunny, white with red accents, could hop to a winning bid of $800-$1,200, while a striking 25-inch orange, black and white painted tiger with intensely gazing eyes is similarly estimated.

Sterling Associates’ March 20 Fine Art & Estate Auction will begin at 11 a.m. US Eastern time. Sterling Associates, Inc., is a full-service brick-and-mortar auction house. The company’s “hybrid auctions” are conducted online, just like a live auction, but without a live audience in attendance. Bidders may participate absentee, by phone or live via the Internet through LiveAuctioneers.com. All items may be previewed prior to auction day at the gallery. Also, all goods won in the auction can be picked up at Sterling Associates’ gallery, located at 537 Broadway, Norwood, NJ 07648.

For more information on any item, or to reserve a phone line for bidding, call 201-768-1140 or email info@antiquenj.com. Online: www.antiquenj.com. View the fully illustrated catalog and sign up to bid absentee or live online at LiveAuctioneers.com.