AntiquarianAuctions.com in the US Sale, Nov. 23 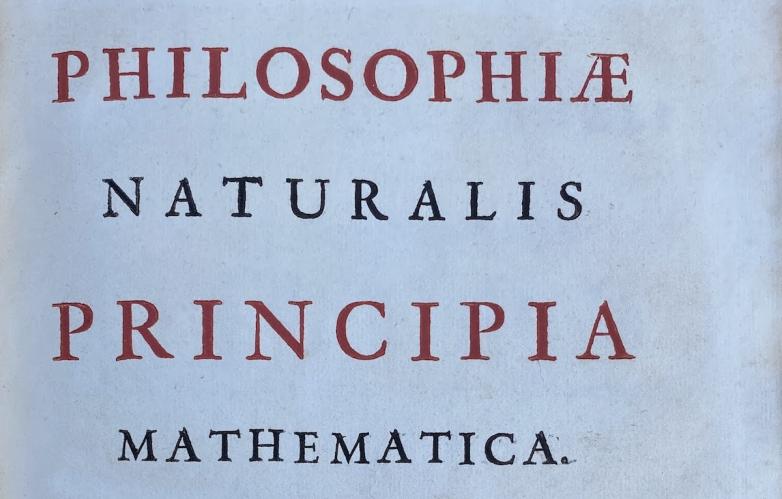 The sale starts with a select private collection of scientific works: 10 works by or associated with Sir Isaac Newton (including the 3rd edition of the Principia).

Connecticut -- A new departure for AntiquarianAuctions.com in the US: their next sale is being offered exclusively on the LiveAuctioneers.com platform (https://www.liveauctioneers.com/catalog/218924_rare-books-documents-photos-and-artwork/). The sale of just over 300 lots includes selections from eight different vendors from the US, Canada and the UK. The estimates run from $50 to $7000, but the majority are in the $200 to $1000 range. The sale is open for bidding now, and will end with a timed auction starting at 2.30pm EST on the 23rd November.

The sale starts with a select private collection of scientific works: 10 works by or associated with Sir Isaac Newton (including the 3rd edition of the Principia [lot1] ), and various other scientific high spots (including an 1861 3rd edition of Darwin’s Origin of Species [lot, and 1st editions from Michael Faraday and Ernest Rutherford). Sir Isaac was one of the earliest Fellows of the Royal Society. The work of other lesser-known Fellows is also represented with lots from Sir David Brewster, Sir Charles Blagden, Gilbert Burnet, John Pearson and Peter King.

Venturing outside the hallowed halls of Carlton House Terrace, the work of fellow non-Fellow scientists is also included: Johann Jorg’s Ueber die Verkrümmungen des menschlichen Körpers (Leipzig: 1812 [lot 23]) is a prime example. It has been described as the ‘world’s first scientific orthopedic textbook’, and the plates are quite extra-ordinary. The following lot, Bernard Roth’s The Treatment of the lateral curvature of the spine (London: 1889 [lot 24]) deals with approximately the same problem but uses early permanent-photographs (Woodburytypes) in place of engravings.  These, too, have an unintended beauty.

In general, there is a good selection of both photographs and photo albums as well as monographs on photographers. These sit side-by-side with some original artwork, individual pieces and albums. This latter category includes a charming (and funny) 32-page fable by an amateur family duo (Harry and J.F. Wilkes  [lot 143]), and a fine c.-1800 calligraphic manuscript by Connecticut resident Gale Goodwin [lot 141].

Americana interpreted in its widest sense is also represented: the ex-president of the Confederate States, Jefferson Davis, sends a presentation copy of his Rise and Fall of the Confederate Government (NY: 1881 [lot 62]) to his namesake, friend, and family physician (in London) Dr. Maurice Davis. There are also lots featuring George Washington, FDR and Eisenhower. Periodicals, books, photographs and posters mirroring the black experience are also included: the Martin Luther King memorial issue of The Albany Liberator (1968 [lot 134], Charles White’s Plea of the Negro Soldier (1908 [lot 121]) and a seminal B.P.P. pamphlet by Eldridge Cleaver On the Ideology of the Black Panther Party, Part 1 (1970 [lot 131]).

An American link to the wider world: the sale includes native New Yorker R.B. Minturn’s copy of Sir William Sleeman’s Rambles and Recollections of an Indian Official (London: 1844 [lot 56]) – this copy was bought by Minturn (an author and shipping magnate) in Bombay in 1857, just before he left India and while the Indian Mutiny was in its early stages. There are also a group of books with Japanese connections, the most interesting of which is one lot containing three inscribed copies of works by Japanophile Mrs. Emily S. Patton [lot 79]. There are also lots relating to Arabic printing in Malta [lot 75], and Napoleon as a St. Helena tourist destination [lot 154], as well as a good handful of lots which will appeal to the more UK and European-centric collector. All in all – well worth a visit.