Currently on exhibit at the Columbus Museum of Art: Maurice Sendak's Where the Wild Things Are, 1963, tempera on paper.

The value of children’s books is the indelible mark they can leave on our memory. Alice talking with a hookah-smoking caterpillar. Little Red Riding Hood finding a wolf wearing a bonnet asleep in her grandmother’s bed. The Little Prince, with a windblown scarf around his neck, watering a single red rose on a tiny planet.

Unfortunately, because of their subject matter or their audience, picture book illustrations have long been slighted in the art world as “minor.” Three current museum exhibitions counter that outmoded idea.

The Morgan Library & Museum in New York is hosting an exhibition of Antoine de Saint-Exupéry’s exemplary The Little Prince. The museum holds the bulk of St. Exupéry’s 140-page manuscript, along with 35 full-page drawings. Many of these preliminary drawings are not in the published book, so the exhibit is a rare opportunity to see the author’s process: doodles in the margins, cross-outs, ink blotches, coffee stains, even cigarette burns. Viewing St. Exupéry’s creativity illuminates how tirelessly he reworked the text and drawings, dispelling a misguided notion that writers and illustrators of children’s books don’t do the work of “real” artists and writers. 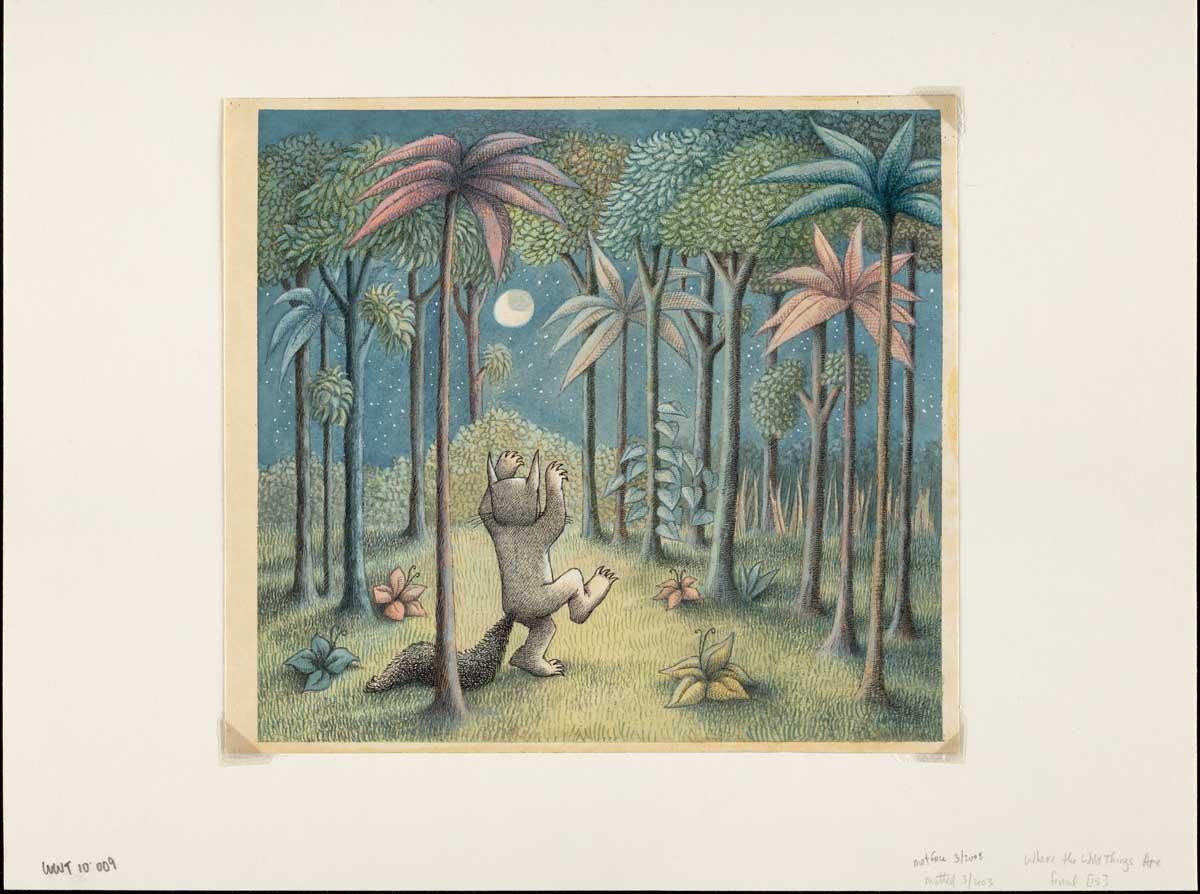 Maurice Sendak, Where the Wild Things Are, 1963, tempera on paper. 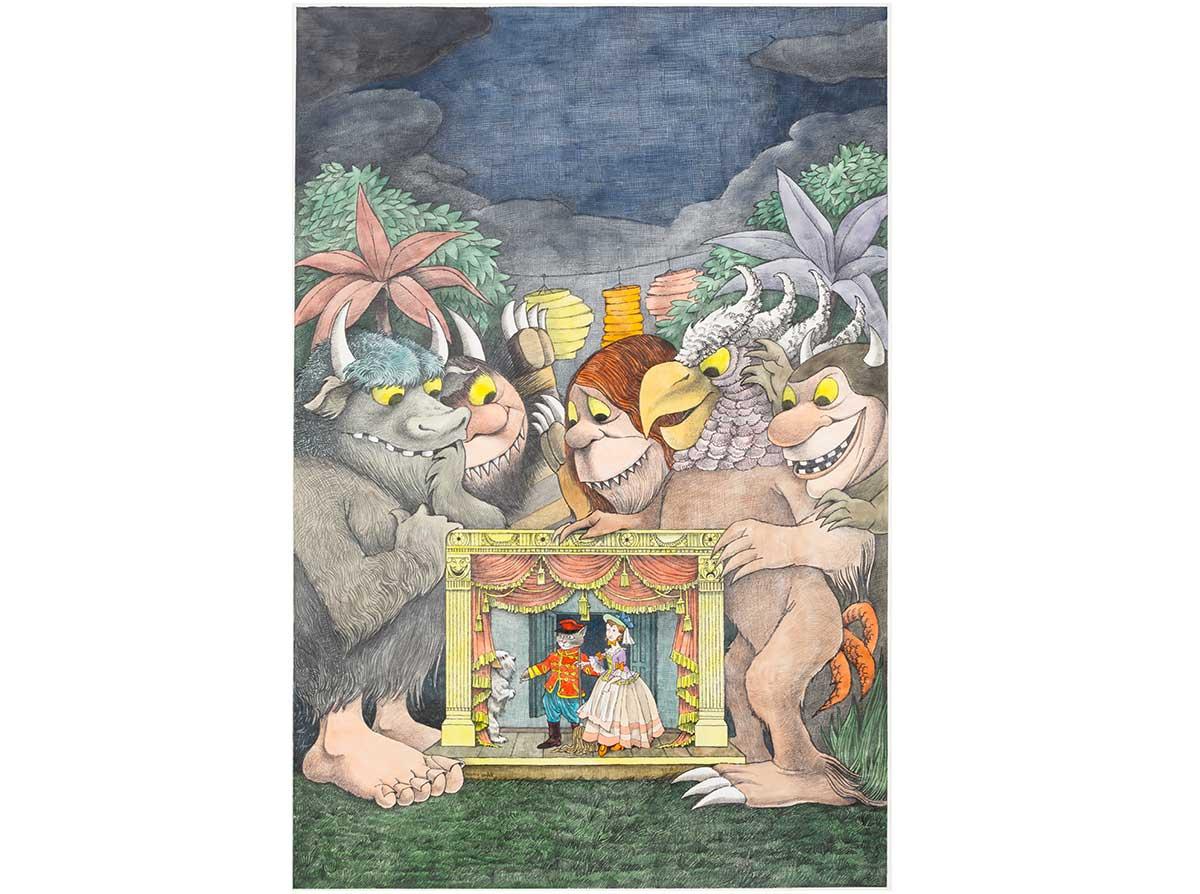 Maurice Sendak, Design for the Poster of Where the Wild Things Are and Higglety Pigglety Pop! Opera, Glyndebourne Production, 1985, watercolor on paper. 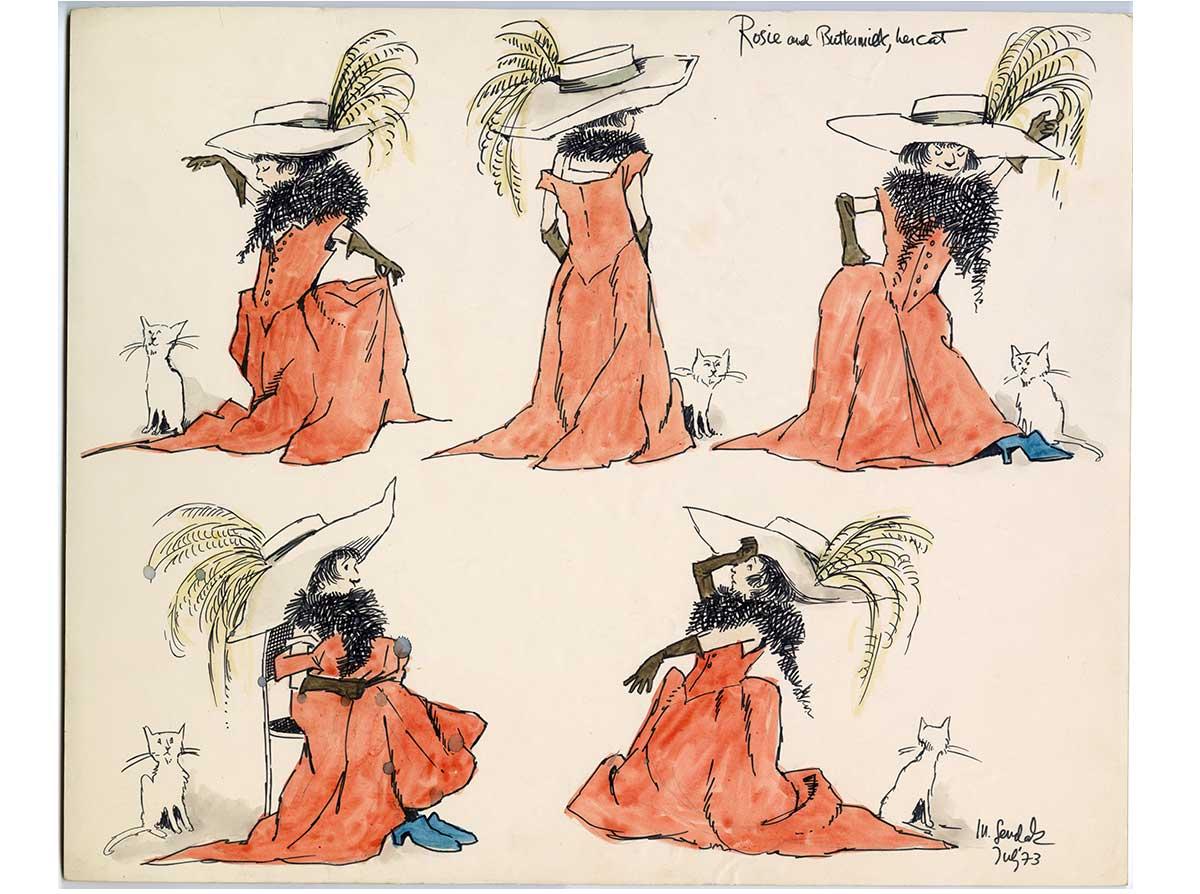 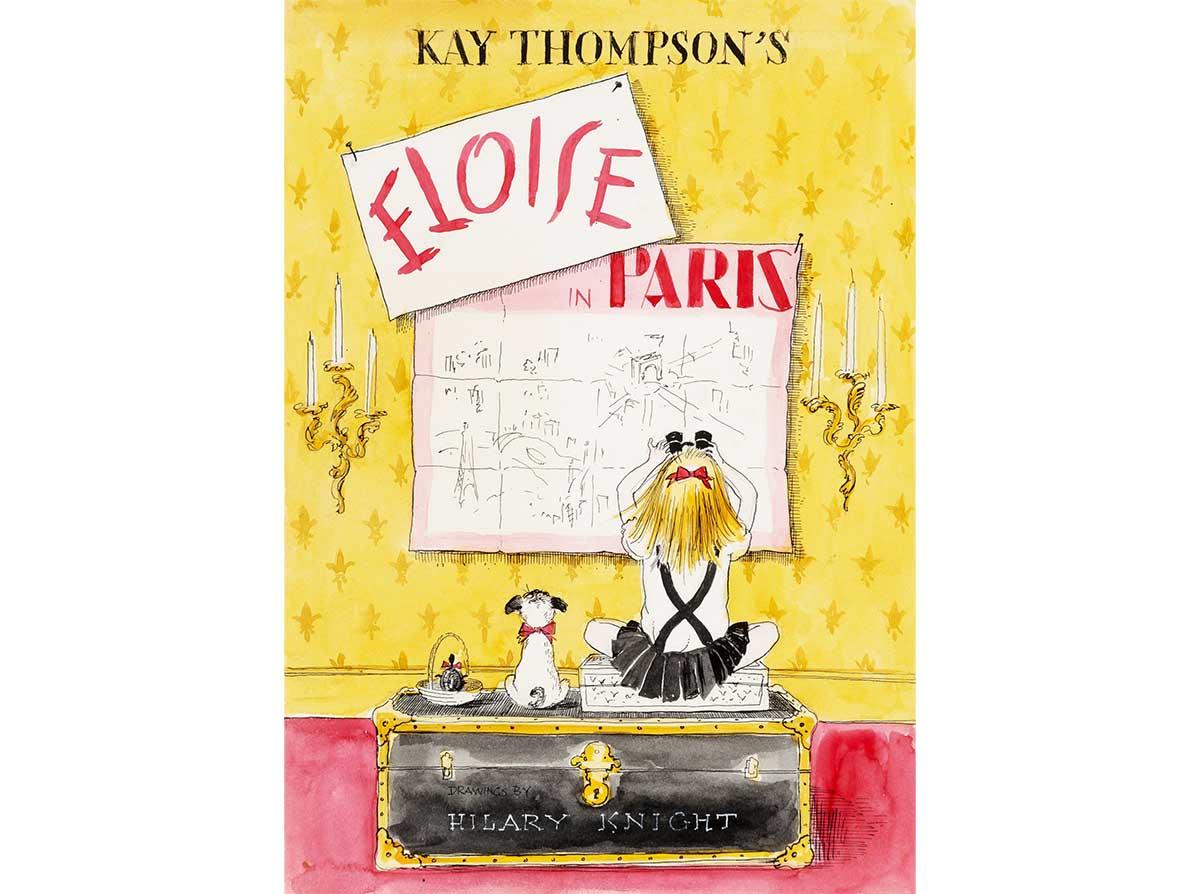 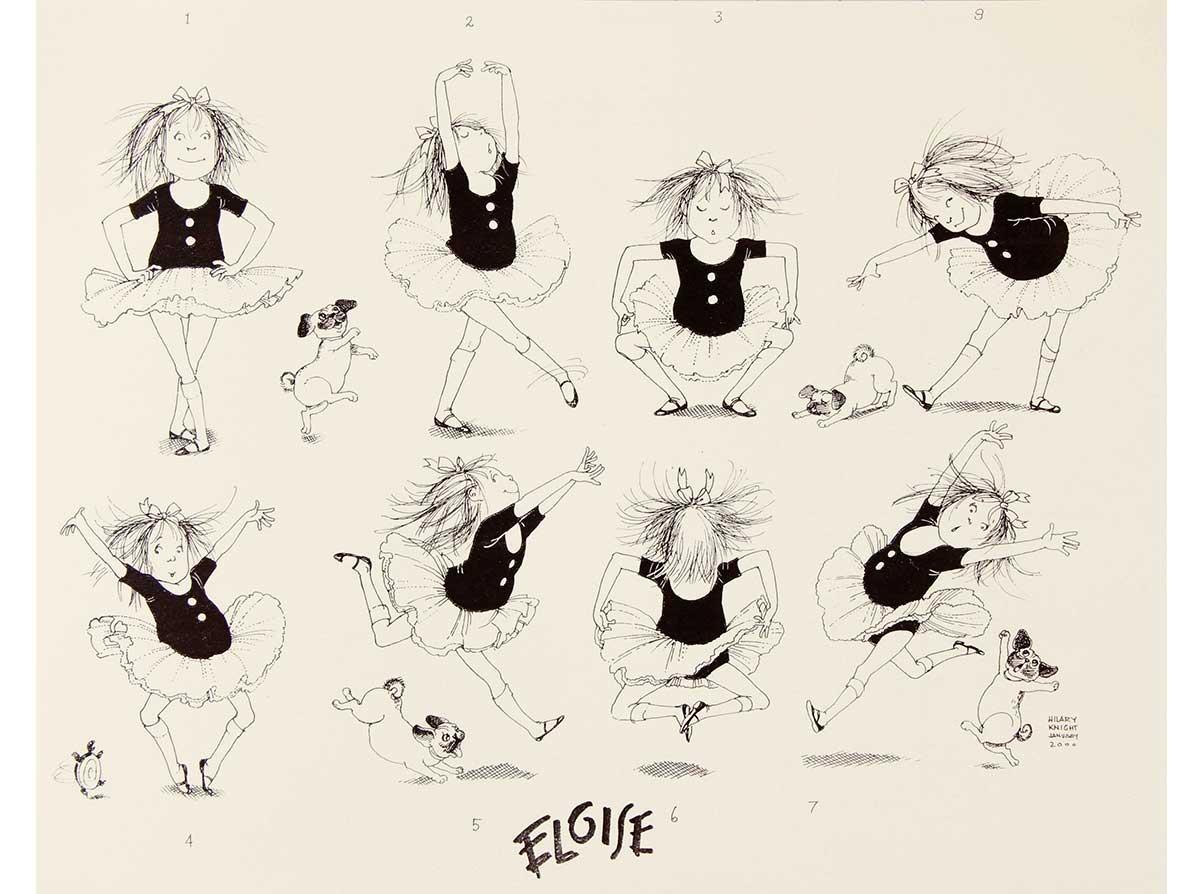 Collection of the artist. ©Hilary Knight. All Rights Reserved. 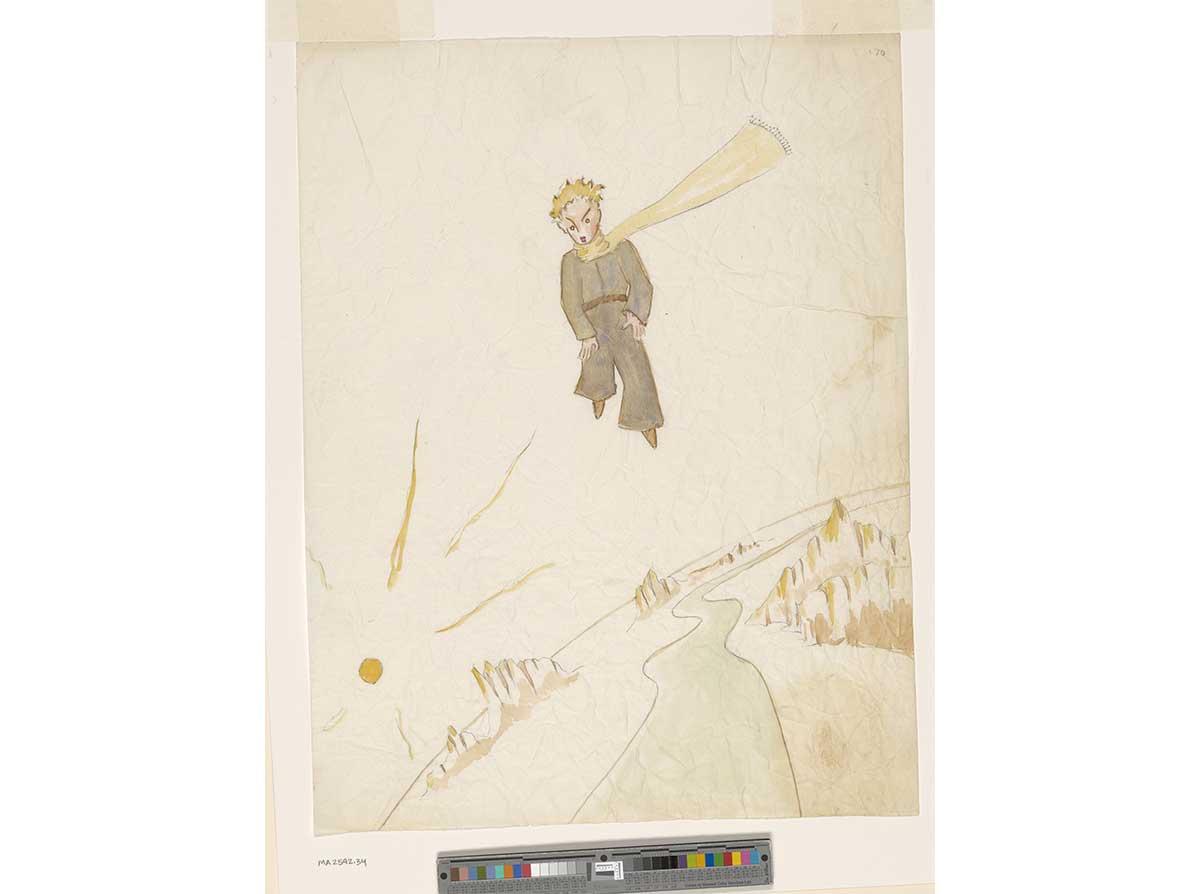 The Morgan Library & Museum. Purchased on the Elisabeth Ball Fund, 1968. 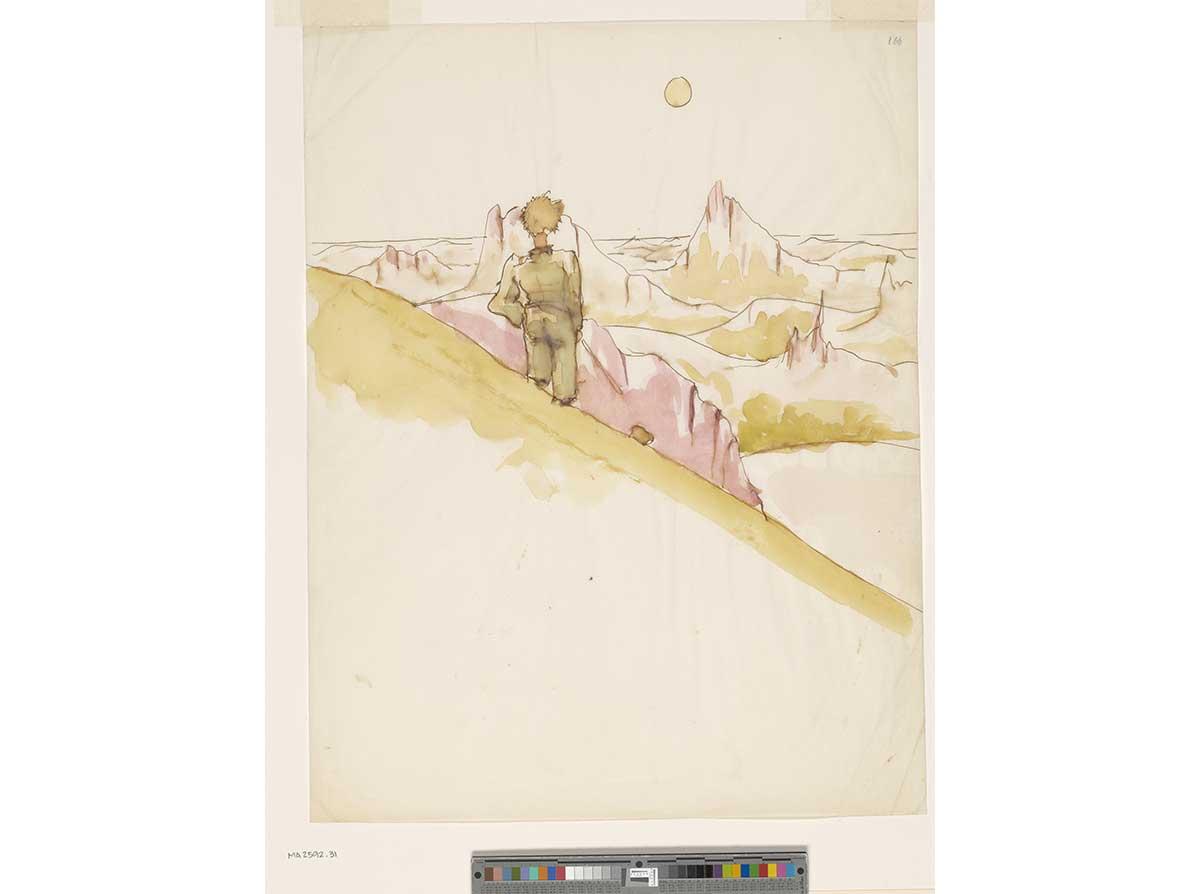 The Morgan Library & Museum. Purchased on the Elisabeth Ball Fund, 1968.

“My father had a copy of The Little Prince from his grandmother that he read to me. It wasn’t until I was older that I truly appreciated the book. The simplicity of the artwork and language is evocative, meaningful, touching, and filled with melancholy,” said Philip S. Palmer, curator of The Little Prince: Taking Flight and head of literary and historical manuscripts at the Morgan. “We’ve included in the exhibit a reading nook where children and adults can read the book in English and other languages.”

According to Palmer, The Little Prince is the most translated book in the world, besides the Bible, and is available in 500 languages. It has sold over 200 million copies worldwide. The allure for children as well as for adults is in the pathos and poignancy of the prince’s search for friendship and understanding in the cosmos, in both the story and in the gentle and magical images, drawn with delicate line in ink and pencil, then painted with watercolor.

The classic book is accompanied in the exhibition by photographs, portraits, and personal effects. The exhibition runs through January 15, 2023.

The Norman Rockwell Museum in Stockbridge, Massachusetts, puts the spotlight on another beloved illustrator, Hilary Knight. Known for his illustrations of Kay Thompson’s Eloise series of children’s books, the 96-year-old has been creating art for more than seventy years. In the exhibition are 200 objects, including selections from Knight’s many Broadway posters, fashion designs, original paintings, personal photographs, home designs, and several unpublished books.

Knight’s career has been formidable. In 1952, his drawings were first featured in Gourmet and Mademoiselle magazines, and he went on to create art for House and Garden, Good Housekeeping, Harper’s Bazaar, McCall’s, and Cricket magazines. His Eloise drawings and paintings extend from 1954 to 2021, along with product merchandise designs, and drawings from unpublished Eloise books. Included in the exhibition are also the plans for Eloise-themed rooms at the Plaza Hotel, where the famously spoiled six-year-old lives. Knight has illustrated fifty books, nine which he also wrote.

“At the museum, we see a lot of enthusiasm to view the original illustrations of artists,” said Stephanie Plunkett, chief curator of Eloise and More: The Life and Art of Hilary Knight. “This art impacts people through direct contact with books and advertising. The work is now taken seriously because of the internet, breaking down the lines between illustration and fine art. It’s mass circulated art; democratic.”

The exhibition, which runs through March 12, 2023, shows the breadth of Knight’s career. It also offers the chance to see the portrait of Eloise that Knight painted for Thompson which had been stolen from the Plaza Hotel in 1960 and was then found in a dumpster. In 2018, the painting went to auction and sold for $100,000.

Maurice Sendak is another illustrator whose work takes center stage this fall and winter. A major retrospective of his work is on view at the Columbus Museum of Art in Ohio through March 5, 2023 (after which it travels to Paris). The largest and most complete since his death in 2012, the show is comprised of 150 sketches, storyboards, and paintings, and features designs for a number of his opera, theatre, film, and television productions.

The scope of Sendak’s artwork is breathtaking and rivals any major artist working today. He was exacting in his ability to shift styles, using different methods: watercolor, ink, pencil, cross-hatching, and marker. Even though he designed for many different theatrical productions, Sendak became most famous for the book Where the Wild Things Are (1963), made into a 2009 film with Spike Jonze.

Wild Things are Happening: The Art of Maurice Sendak is guest curated by Jonathan Weinberg, artist, curator of the Maurice Sendak Foundation, as well as a member of Sendak’s extended family. “Great artists like Sendak used tradition,” Weinberg said. “Today, anything goes. The young want what’s new and don’t know these traditions. Sendak immersed himself in them.”

Sendak emulated William Blake’s visual and literary sensibility; he revered Herman Melville; and he worshipped Mozart. His work, in picture books and elsewhere, is transcendent. He understood, perhaps better than anyone, the hybrid nature of illustration, as well as the marginal space it had been assigned for decades.

“I so hated being pigeonholed as a kiddy book illustrator,” Sendak once said. “Whenever I’m introduced, whatever article you read—author/artist, picture-book artist, Maurice Sendak—this long slew of names. God forbid I’m just an artist.”