High Spots from a Highlight Sale

It’s not often auction houses can claim nearly every lot in a sale will be a high point, but that’s precisely what Gretchen Hause, director and senior specialist of fine books and manuscripts at Hindman Auctions said about the house’s November 5 “Library of a Midwestern Collector” sale. 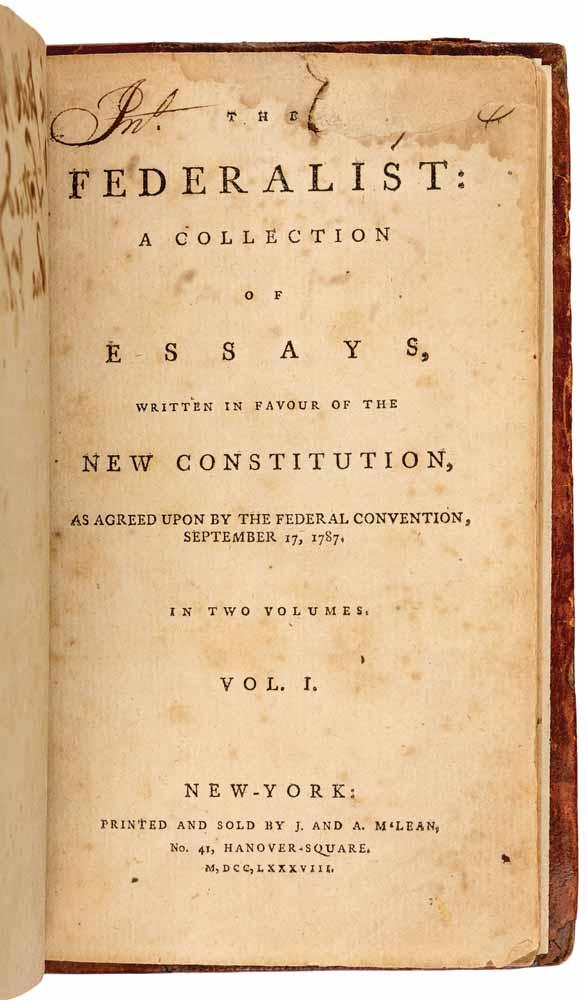 “A lot of these books are what we would call ‘PMM books,’ or books listed in Printing and the Mind of Man, a catalogue published in 1967 that developed from a 1963 exhibit which explored the history of printing as it influenced the development of Western civilization and thought,” Hause said. “Many collectors specifically seek out PMM books, so this promises to be an exciting sale.”

Though it’s hard to choose a few items to showcase in a sale made up almost entirely of what would be highlights of any other sale, a few touchstones do stand out, including a first edition two-volume copy of The Federalist: A Collection of Essays Written in Favour of the New Constitution from 1788 (estimated at $60,000–80,000). Written anonymously by Alexander Hamilton, James Madison, and John Jay, PMM calls The Federalist “One of the new nation’s most important contributions to the theory of government.”

Another item included in the sale is a 1687, first edition of Sir Isaac Newton’s Philosophiae Naturalis Principia Mathematica (estimated at $150,000–250,000), which PMM called, “The greatest work in the history of science,” and Albert Einstein called, “The greatest intellectual stride that it has ever been granted to any man to make.” A 1776 two-volume set of Adam Smith’s An Inquiry into the Nature and Causes of the Wealth of Nations (estimated at $70,000–90,000) is another notable find. It was called, “The first and greatest classic of modern economy thought,” by PMM. 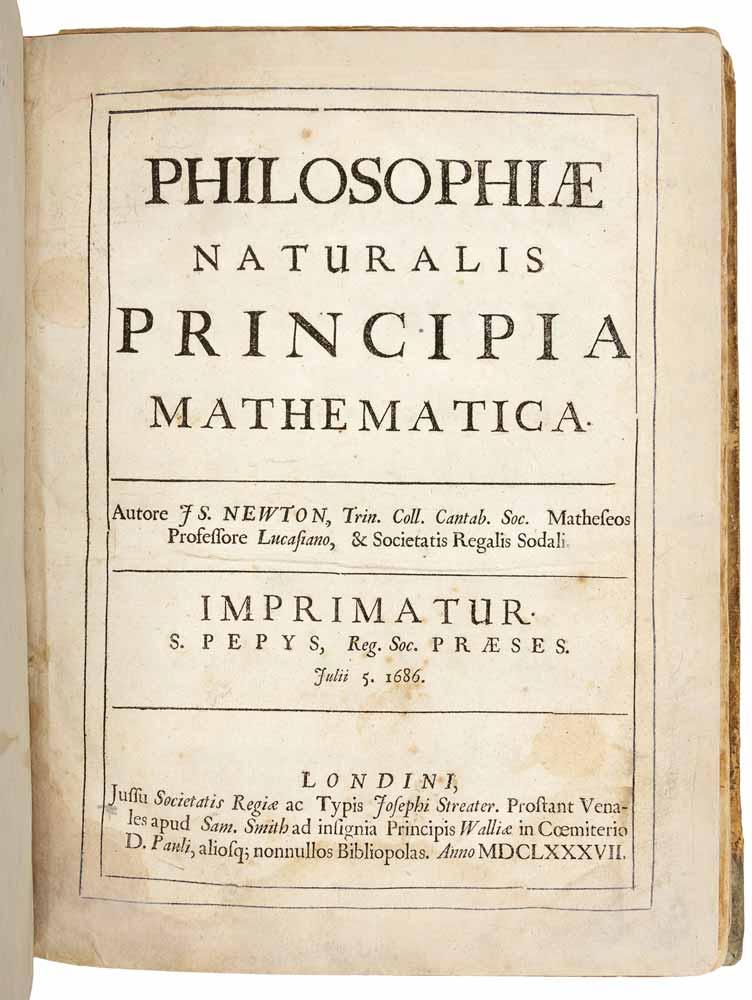 Also up for auction is an exceptionally fine first-edition copy of Charles Darwin’s On the Origin of Species (estimated at $120,000–180,000). Not only did PMM say that Darwin “revolutionized our methods of thinking and our outlook on the natural order of things,” with this book, but this copy is also the superb Garden Copy, sold during the auction of the collection of the Garden Ltd. in 1988, and was also previously owned by American philanthropist Paul Mellon.

Even aside from PMM books, this sale will feature other highlights, including a superlative first edition of Harry Potter and the Philosopher’s Stone signed by J. K. Rowling in the year of publication (estimated at $80,000–120,000). Another prized find is a first edition of James Joyce’s Ulysses. It is a limited edition, number 74 of only 100 copies signed by James Joyce (estimated at $120,000–180,000).

Computing also features heavily in the sale, with works by Alan Turing and Charles Babbage. One unique lot is a first edition, presentation copy of Description of the ENIAC and Comments on Electronics Digital Computing Machines by J. Presper Eckert and company. This is the first report on the first electronic general-purpose computer, and the copy is signed by Herman H. Goldstine (estimated at $5,000–7,000).

“The sale is an exceptional opportunity for bidders to have the chance to acquire some of the most important works representing a number of collecting categories,” Hause said. “It’s a truly exceptional collection which includes very nice copies of numerous high spots, which we're thrilled to bring to market in one sale.”