Photos of Oscar Wilde and Thomas Edison, plus an interesting collection of maps, round out Skinner’s diverse November sale.

In March 1882, author and playwright Oscar Wilde visited San Francisco to deliver two lectures on aesthetics—art for art’s sake—including one on interior design, which was a particular pet interest of Wilde’s. Part of a larger North American tour, Wilde’s visit to California was the subject of many vicious caricatures in the press, but was widely regarded as a commercial success. 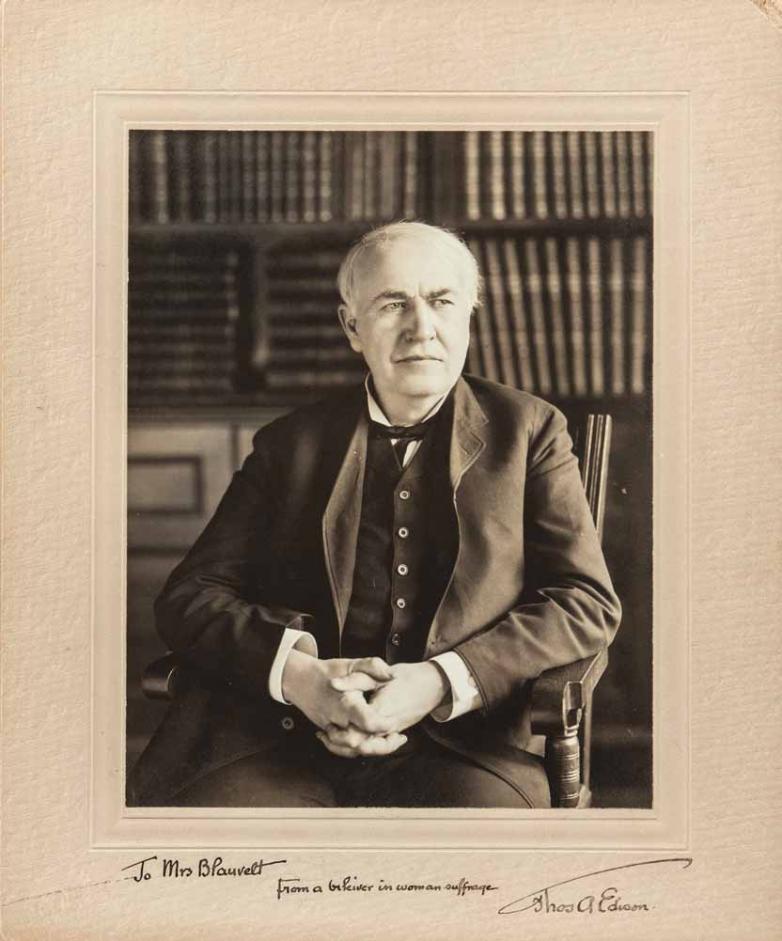 Photograph of Thomas Edison, signed by the inventor.

At Skinner’s November 17 sale, a previously unknown signed photograph of Wilde will be on offer. Taken in San Francisco during the author’s tour, the photo is inscribed on the back in pencil with the photographer’s name—Norman H. Reed—and is dated 1882. Appearing in its original oak frame, which bears the ticket of E. B. Courvoisier, this item comes from a consignor who purchased the photograph in 1969 at John Howell Books, a rare book shop on Bush Street in San Francisco. It is estimated to sell at $15,000 to $25,000.

“We’re very excited to offer this piece,” says Devon Eastland, director of books and manuscripts for Skinner. “It was seemingly unknown to the market until now.”

In addition to this and other photographs—including one of Thomas Edison inscribed “to Mrs. Blauvelt from a believer in woman suffrage”—the November sale in Boston will feature significant documents, printed books, natural history prints, and a strong selection of maps. 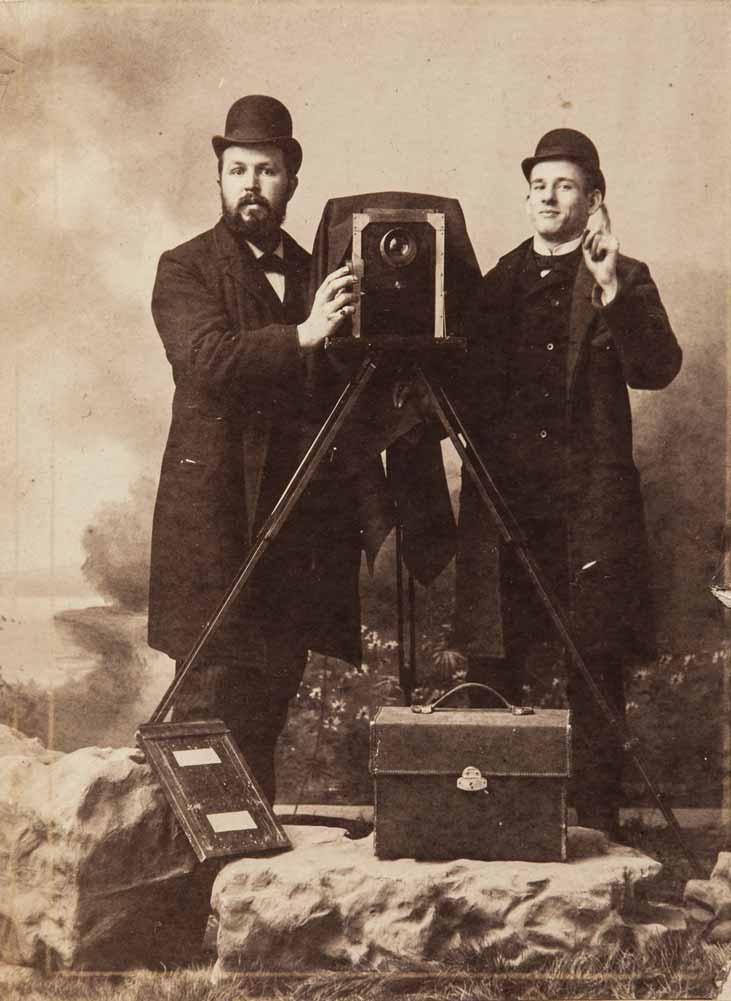 One of several photographs that will be available at Skinner’s November sale.

“I’ve been working through a large collection of woodcut, engraved, and lithographic maps depicting all parts of the world between the 16th and 19th centuries,” Eastland says. “Maps of higher value will be offered singly, but the sale will also contain several groupings of maps depicting the same geographical area.”

One item of particular significance for collectors is a rare Medina Sea Chart, which is a woodcut map from 1545 and valued between $6,000 and $8,000. According to Eastland, the original woodcut was sawed into two pieces sometime before it was published in 1548, and the available copy was printed before that modification was made.

Also of interest is a large volume of more than forty pieces of mid-19th century African-American sheet music, featuring songs such as “I Wish I Was in Dixie” and “My Old Kentucky Home.”