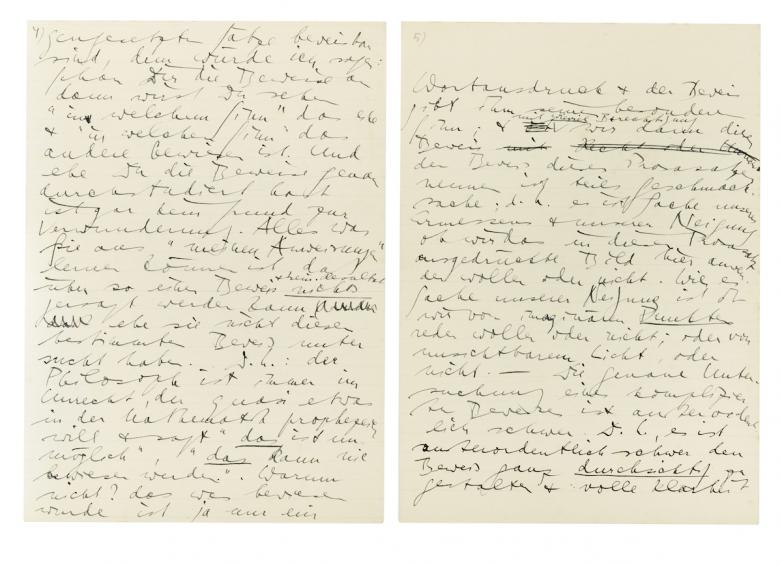 Written in 1935 when Wittgenstein was a Fellow at Trinity College Cambridge, this much- debated letter on Gödel's incompleteness theorems reveals Wittgenstein at the height of his philosophic genius and is regarded as a central document in the philosophy of mathematics.

Other sale highlights included:
•    A beautiful and very rare early Renaissance manuscript of two of Plato’s greatest dialogues, Phaedo, known to ancient readers as On the Soul, and Gorgias, translated from the Greek by Leonardo Bruni. This was the first Bruni-Plato manuscript of comparable quality to be offered at auction in the past 50 years, achieving $187,575.
•    Two unpublished handwritten pages of Isaac Newton’s notes on Van Helmont’s 1667 book on the plague, De Peste. The manuscript is the most substantial written statement Newton is known to have made about the plague. In analyzing and distilling Van Helmont’s first-hand and medical knowledge, Newton records both causes, modes of transmission, and cures, identifies symptoms and their identification, as well as prescriptions for avoiding the plague.

Fine Books and Manuscript specialist at Bonhams New York, Darren Sutherland said: “This was a fascinating sale celebrating thinkers and ideas that have transformed the world. We are very pleased it attracted interest from around the world and, of course, delighted with the remarkable record for the Wittgenstein letter.”