New York - On June 22, at Christie’s New York, George Washington’s annotated copy of the Constitution and Bill of Rights (1789) sold for $9,826,500, setting a new world auction record for an American book or historical document. After 223 years, it remains in near-pristine condition, with Washington’s bold signature and his armorial bookplate. Remarkably, in the margins of the Constitution, Washington has added careful brackets and marginal notes. These notations highlight key passages concerning the President’s responsibilities, testifying to Washington’s careful, conscientious approach to his powers and responsibilities in his ground-breaking first term.

Chris Coover, Senior Specialist of Books and Manuscripts, comments: “George Washington’s annotated copy of the Constitution and Bill of Rights (1789) sold for an extraordinary $9,826,500 -- a world auction record for any American book or historical document. A number of bidders competed pursued this exceptional item, but in the end the successful bidder was a representative of the Mount Vernon Ladies’ Association of the Union, the non-profit educational organization which owns and operates the historical site and museum of George Washington’s Virginia home. The unique book had been in the Mount Vernon library until 1876 and will soon be returned to that library.”

In a bustling saleroom, auctioneer John Hays, Deputy Chairman, opened the bidding at $1.3 million. After four minutes of bidding by multiple buyers in the room and on the phone, the winning bid was placed in the saleroom by the Mount Vernon Ladies’ Association.

Washington’s copy of the Acts of Congress was offered for sale by the Estate of H. Richard Dietrich, Jr. Upon Washington’s death, it remained in the library at Mount Vernon for many years and until it was sold at auction in 1876. Later, it was acquired by the Heritage Foundation of Deerfield, Massachusetts, and sold again at auction in 1964, when it was acquired by the noted Americana collector Richard Dietrich.

Rare books and manuscripts relating to the most revered and respected American presidents have inspired record prices at Christie’s in recent years. Washington’s personal copy of the Constitution and Bill of Rights has far-surpassed the previous record for an American manuscript, an autograph manuscript of Lincoln’s 1864 election victory speech, which also sold at Christie’s New York for $3,442,500 in February 2009. An autograph letter written in 1787 by George Washington to his nephew Bushrod Washington, on the subject of the ratification of the Constitution, was the previous world auction record for a Washington document of $3,218,500 in December 2009.

About Christie’s
Christie’s, the world's leading art business, had global auction and private sales in 2011 that totaled £3.6 billion/$5.7 billion. Christie’s is a name and place that speaks of extraordinary art, unparalleled service and expertise, as well as international glamour. Founded in 1766 by James Christie, Christie's has since conducted the greatest and most celebrated auctions through the centuries providing a popular showcase for the unique and the beautiful. Christie’s offers over 450 auctions annually in over 80 categories, including all areas of fine and decorative arts, jewellery, photographs, collectibles, wine, and more. Prices range from $200 to over $100 million. Christie's also has a long and successful history conducting private sales for its clients in all categories, with emphasis on Post-War and Contemporary, Impressionist and Modern, Old Masters and Jewellery. Private sales totaled £502 million / $808.6m in 2011, an increase of 44% on the previous year.

Christie’s has a global presence with 53 offices in 32 countries and 10 salerooms around the world including in London, New York, Paris, Geneva, Milan, Amsterdam, Dubai, Zürich, and Hong Kong. More recently, Christie’s has led the market with expanded initiatives in growth markets such as Russia, China, India and the United Arab Emirates, with successful sales and exhibitions in Beijing, Mumbai and Dubai.

*Estimates do not include buyer’s premium. Sales totals are hammer price plus buyer’s premium and do not reflect costs, financing fees or application of buyer’s or seller’s credits.
# # # 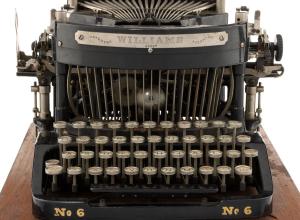 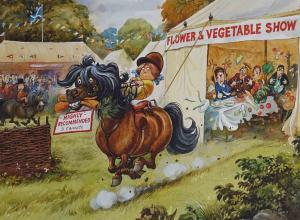