Where to “See” The Booksellers 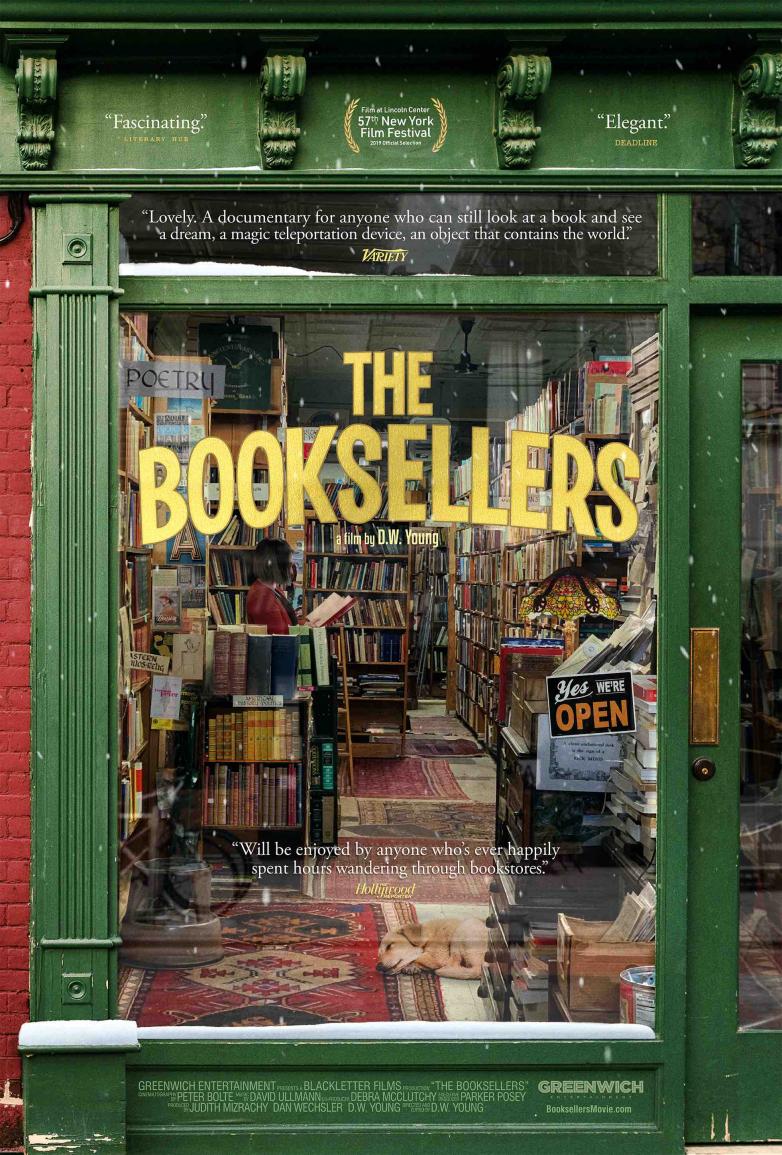 Of course you can see many booksellers now through Sunday during Rare Book Week in New York City. Or you can catch them on the big screen. That’s right, The Booksellers, a documentary about antiquarian and rare book dealers, which debuted last fall at the New York Film Festival, opens in theaters nationwide tomorrow.

Bibliophiles will be treated to a visit with collector Caroline Schimmel and a poke around James Cummins’ New Jersey warehouse overflowing with books and relics. And they will swoon over inventor/entrepreneur Jay Walker’s sumptuous private library. For anyone who has never been to the New York Antiquarian Book Fair or the Strand Bookstore or the Argosy, here's a chance to peek in. The visuals do not disappoint.

The film, directed by D.W. Young, is a paean to antiquarian booksellers—lively, eccentric folks who live among stacks of teetering books and enjoy digging around in boxes looking for treasure—and features David Bergman, Glenn Horowitz, Henry Wessells, Bibi Mohamed, Justin Schiller, and others. The lack of lower thirds to introduce the interviewees will make it difficult for most viewers to identify them, which is a shame.

Both the old guard and the new have their say, with some commenting on how negatively the internet has impacted bookselling, while others speak to broadening the scope of traditional collecting. The Booksellers elegantly covers a lot of ground, and in doing so, provides a captivating snapshot of book collectors and booksellers at the beginning of the twenty-first century.

If you’re in New York for the book fairs this weekend, you can see The Booksellers at Quad Cinema at 34 W. 13th St. In honor of its release, Left Bank Books at 41 Perry Street (about a 10-minute walk) will be pouring wine and beer at the shop on Friday, 3/6, from 5 p.m. onward; the screening is at 7 p.m.

On Saturday at Quad, booksellers Heather O’Donnell of Honey & Wax and Rebecca Romney of Type Punch Matrix, both of whom appear in the film, will join the director’s Q & A after the 7 p.m. screening.

Check out the trailer: