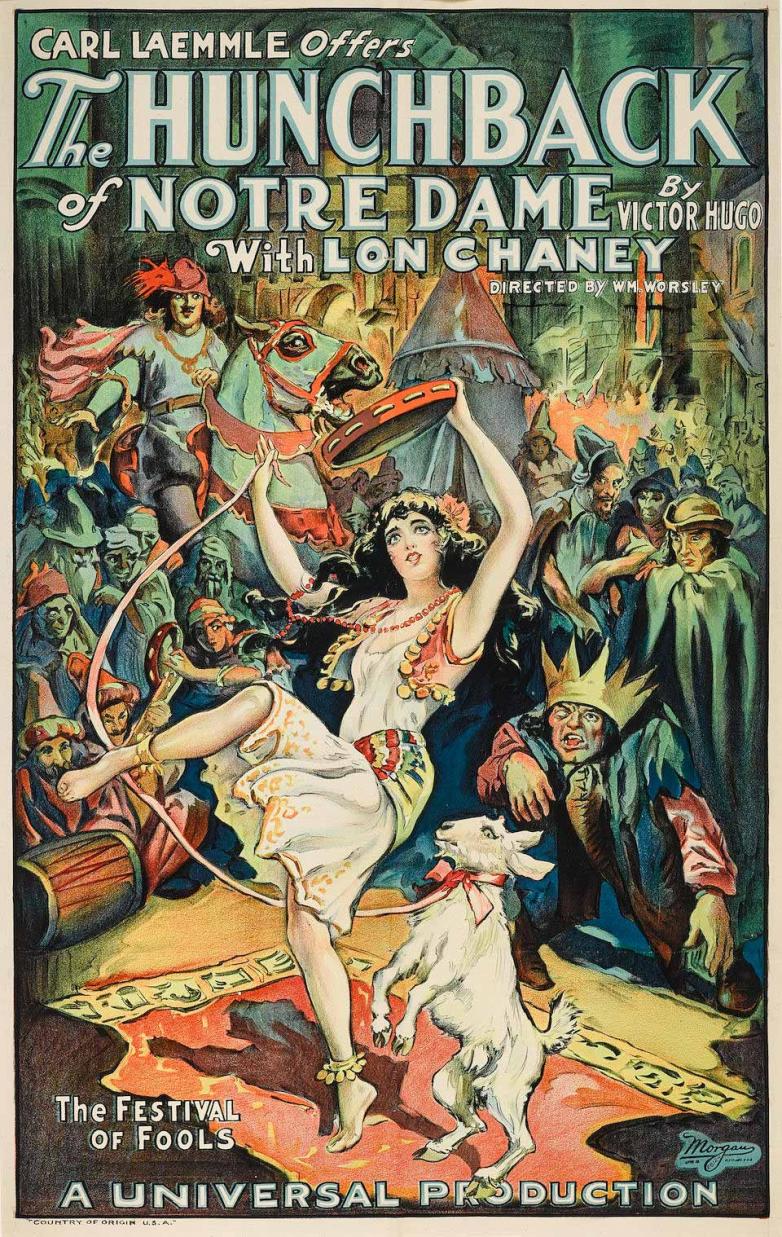 This unrestored U.S. one sheet poster (pictured above) depicting Esmeralda, played in the film by Patsy Ruth Miller, dancing at the Festival of Fools. Its estimate is $150,000-200,000.

This year, Bonhams’ annual collaborative memorabilia auction with Turner Classic Movies focuses on science fiction and fantasy. There are the expected offerings of scripts, props, and animation art, but in the featured collection of classic horror and science fiction “super fan” Wes Shank, three vintage posters can’t help but steal the spotlight, in the wake of the tragic fire that struck the cathedral last month (and the renewed interest in it, and in Victor’s Hugo’s novel, The Hunchback of Notre Dame.) They are all promotional posters for Carl Laemmle’s 1923 film, The Hunchback of Notre Dame, starring Lon Chaney. The film was lauded both for Chaney’s performance and the built-to-scale replica of the cathedral used during filming.

The sale, titled TCM Presents … Wonders of the Galaxy, is on May 14 in Los Angeles. 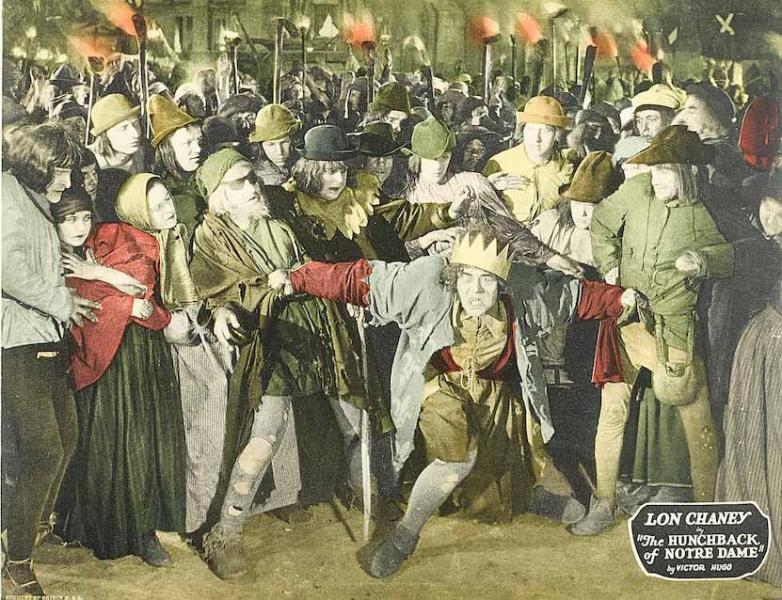 The third Hunchback piece is a U.S. title lobby card and scene card, matted and framed together. One shows the cast, the other is a close-up of Chaney as the King of Fools (pictured). Its estimate is $5,000-7,000.