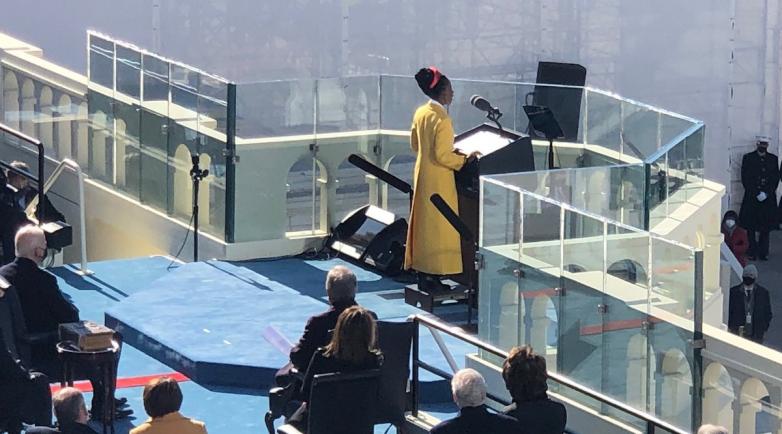 For book lovers, the highlight of the presidential inauguration earlier this week was easily Amanda Gorman’s reading of her poem, “The Hill We Climb” (although Biden’s family Bible turned bookish heads, as well). Of the vibrant and timely poem, Gorman told the Washington Post, "My hope is that my poem will represent a moment of unity for our country," and that "with my words, I’ll be able to speak to a new chapter and era for our nation.” 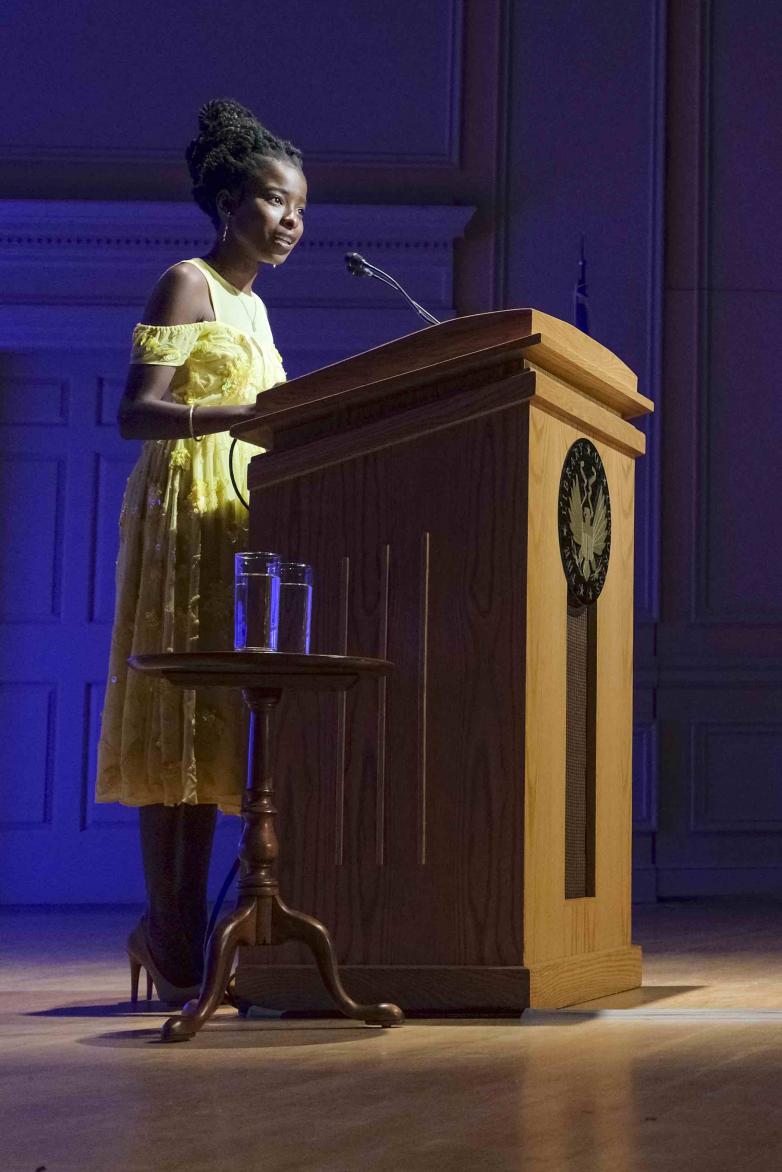 Amanda Gorman at the Library of Congress in 2017.

Who is this bright young poet? Gorman is the former—and the first—National Youth Poet Laureate, appointed to that role in 2017 at the age of nineteen. A Los Angeles native and a Harvard graduate, Gorman describes herself as a “Wordsmith” and a “Change-maker.” Her chapbook, The One for Whom Food Is Not Enough, was published in 2015, but copies are scarce — collectors, good luck nabbing a copy!

Gorman wrote "In This Place: An American Lyric" for a September 2017 performance at the Library of Congress, where First Lady Dr. Jill Biden and Librarian of Congress Carla D. Hayden were in attendance. Hayden wrote this week, “I would like to congratulate Amanda on another amazing performance and say how delighted I am that her appearance on the Coolidge Auditorium stage in 2017 led her to the U.S. Capitol yesterday.”

Gorman is the youngest ever inaugural poet, following in the footsteps of Richard Blanco, Elizabeth Alexander, Miller Williams, Maya Angelou, and Robert Frost. After her stirring performance, her two soon-to-be-published books, one a volume of poetry, the other a picture book, raced to the top of the book sales charts. It will be a pleasure to watch her career blossom. Since you’ve no doubt seen Wednesday’s performance already, take five minutes to watch her LOC reading from 2017.