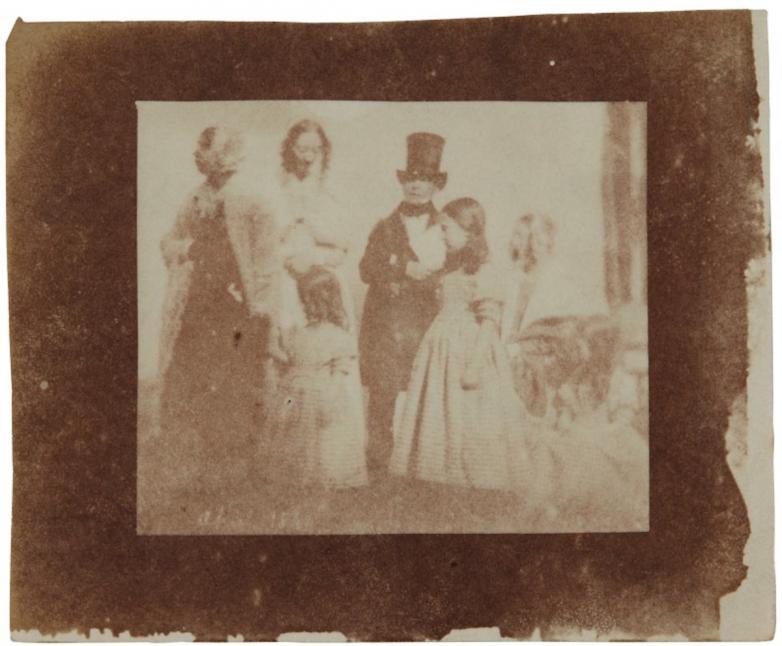 Last week, Sotheby’s held an auction titled “50 Masterworks to Celebrate 50 Years of Sotheby’s Photographs,” and while the sale sputtered a bit, the sleeper was a collection of early photographs and photobooks by William Henry Fox Talbot (1800-1877). Estimated at $300,000-500,000, but sold for just under $2 million, the extraordinary gathering contained 71 salt prints, loose and in albums, several with manuscript captions in a contemporary hand, plus a complete Sun Pictures in Scotland (1845) and fascicles of The Pencil of Nature (1844-46). Talbot had begun tinkering with photography as early as 1834, and just ten years later would issue the latter book, a work for which he is perhaps best known and that is considered to be the first photographically illustrated text to be commercially sold (as opposed to sold by subscription, as the similarly illustrated Sun Pictures had been.)

The aforementioned prints and books had been given by Talbot to his sister, Henrietta Horatia Maria Gaisford (née Feilding), and according to the auction house, “remained with family for more than 170 years.” In 2018, Sotheby’s sold a complete set of The Pencil of Nature, originally from the collection of Talbot’s granddaughter, Matilda Talbot, for $275,000.

For more on Talbot, visit the William Henry Fox Talbot Catalogue Raisonné, an extensive project to “put the entire corpus of the approximately 20,000 known surviving Talbot negatives and prints online,” the launch of which we covered in our summer 2017 issue.