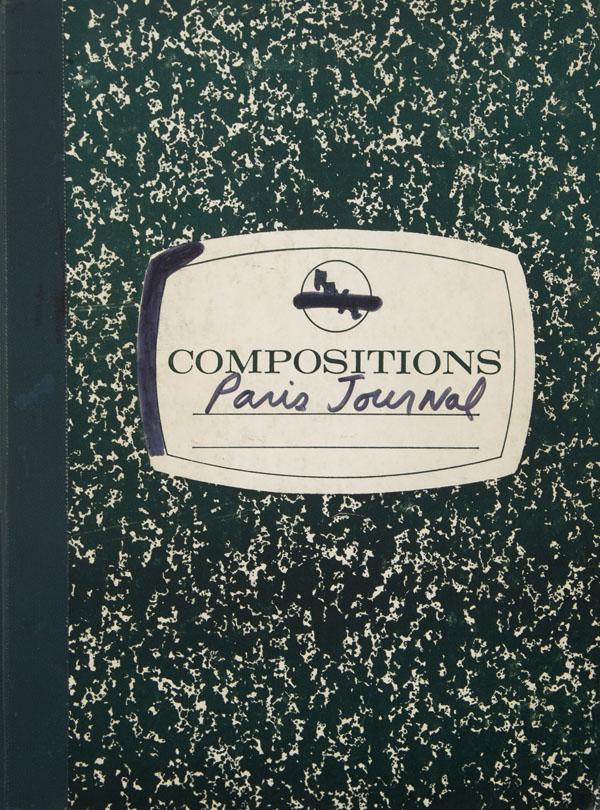 Headlining an auction to be held in Beverly Hills and online next month is a previously unrecorded “Paris Journal” written by Jim Morrison, the live-hard-die-young front man of The Doors.

Previously, two Paris notebooks, one spiral-bound and one black composition-style, had been known, and have traded hands fairly recently, the spiral selling for $140,000 in 2007, and the composition for $200,000 in 2013 — the latter did not, however, sell when it returned to auction at Sotheby’s in 2016. Like the others, this new green-tinged composition notebook — with the words “Paris Journal” scrawled across its cover — is filled with the rock star’s thoughts and poems, written, so the legend goes, in the weeks and months before his death in Paris at the age of 27 on July 3, 1971.

The writing begins on page one with the words "so much forgotten already/ so much forgotten/ so much to forget,” and from there, turns provocative over the following fourteen double-sided pages. The notebook derives from the well-known “127 Fascination” box, an archive of Morrison manuscripts saved after his death by girlfriend Pamela Courson, which after her death in 1974, became the center of a wild story involving a taxi driver, drug dealers, and book publishers. According to Julien’s Auctions, this notebook was sold and remained until now in the private collection of Pamela Ashley, who, according to RecordMecca, “had the finest Morrison collection in the world.” It is now headed to public auction for the first time, estimated at $80,000-100,000.

Other Morrison-related material on offer at Julien’s next month includes an original poem on yellow paper handwritten by Morrison titled “Ode to LA While Thinking of Brian Jones, Deceased,” estimated at $1,000-2,000; a rare sepia oversized photograph of Morrison with a snake writhing in his hair, captured by Morrison’s friend Alain Ronay at California State University on December 1, 1967, estimated at $2,000-3,000; and a signed first edition book of his poetry, The New Creatures, self-published by Morrison in the spring of 1969 and one of only 100 copies printed, estimated at $5,000-7,000.

Yes, the Lizard King's literary legacy lives on. Just six months ago GQ surveyed “Six Jim Morrison poems that affirmed his literary genius.” And at auction, his poetry has attracted major attention in recent years. On Just Collecting's list of the ten most valuable pieces of Morrison memorabilia are several poems: his handwritten “Anatomy of Rock” sold for $20,000 in 2012, and before that, in 2006, “Fear” realized $22,800 and “American Night” $50,400.